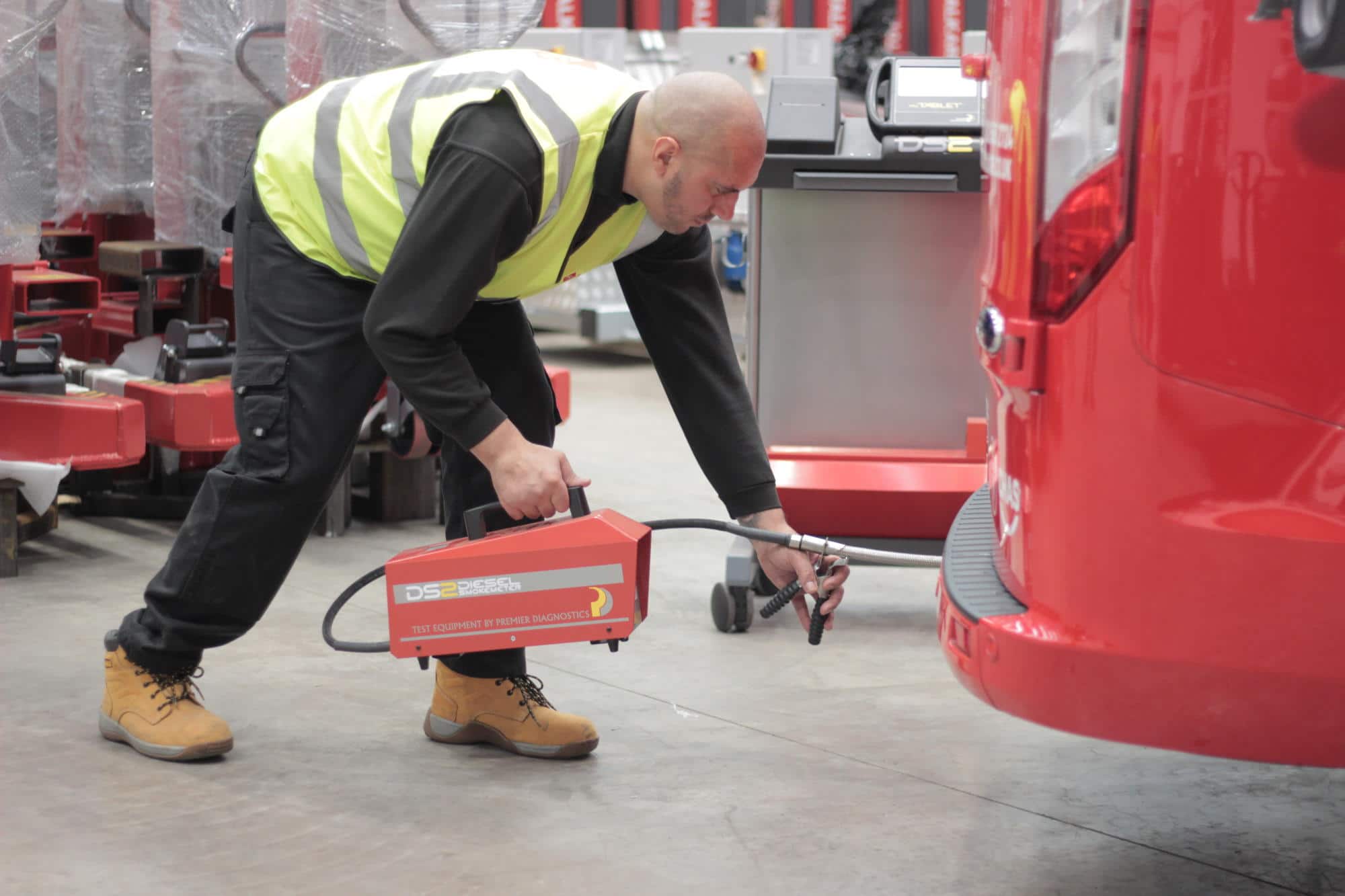 In case you missed it, we’re in the middle of an eco-revolution.

Clean Air Zones are spreading throughout the country, the Euro VI Standards are getting tighter with every iteration – and more workshops and fleets are taking action to reduce their emissions than at any time in history before.

And that means that controlling your emissions isn’t just a question of ethics any more: It’s also a case of good business sense.

Between the regulations and restrictions – and the associated fines and penalties – it’s more important than ever to stay on top of your vehicles and the harmful chemicals they’re producing.

Here’s what every workshop needs to know about emissions analysis.

What kind of emissions analysis tests do you need to do?

For both petrol and diesel vehicles, your emissions tests should be split into two stages:

But beyond this basic structure, there are a few details to be aware of – and it all depends on whether you’re testing a petrol vehicle or a diesel vehicle:

According to DVSA’s guidance, you’ll need to carry out a visual inspection on any petrol-based vehicle – regardless of when it was first used.

If the exhaust is producing dense blue smoke or clearly visible black smoke, that’s an automatic failure. If it passes the visual inspection, you’ll need to move on to a test using an emissions analyser.

For petrol vehicles first used on or after 1 August 1975, you’ll be using the Standard Emissions Test – analysing the concentration of carbon monoxide (CO) and hydrocarbons (HC) with the engine at its normal idling speed.

For petrol vehicles first used on or after 1 August 1992, you’ll be using the Basic Emissions Test (BET) – a two-stage test that measures emissions at ‘fast-idle speed’ and ‘normal idle speed’’

With diesel vehicles, the requirements are slightly different.

For private cars and light goods vehicles up to 3,500kg that were first used before 1 August 1979, you’ll need to carry out a visual inspection – checking for dense blue or clearly visible black smoke that lasts for 5 seconds or more.

But if you’re working on vehicles with the same specifications that were first used on or after 1 August 1979, you’ll also need to carry out a metered smoke test – involving up to 3 separate readings, depending on the results of the first reading.

What limits are you looking for?

Both the petrol and diesel tests are looking for specific thresholds that depend on when the vehicles were first used – and on the speeds of the engines used in each test.

You can find the exact tables for reference here.

But for most workshops, the most important target to aim for is the Euro VI Standards – the latest in a line of increasingly stringent limits designed to improve the quality of air on our roads.

And here are the same standards for diesel vehicles:

So what does that mean for your fleet?

Emissions testing is an established part of every vehicle’s MoT. And if your vehicles aren’t staying inside their required emission limits, they could be deemed unfit for use on the roads.

But even after they’ve passed their MoTs, they could be liable for emission-based penalties – and it all comes down to the government’s recent move towards Clean Air Zones.

Back in 2015, the government announced plans to introduce Clean Air Zones across major UK cities. And today, we’ve already got zones in place across multiple cities, including Bristol, Manchester, Southampton, and more.

Just like London’s Ultra Low Emission Zone, some of these Clean Air Zones charge a fee to enter the area if your vehicle doesn’t meet the right standards.

So if you’re running a fleet with hundreds of vehicles that haven’t had their emissions checked, you could end up with a hefty bill – one that could easily be avoided by working to reduce the emissions your vehicles produce.

The first step towards a greener fleet (and a reduction in fines!) is to get a proper understanding of the emissions your vehicles are pumping out.

If you’re running a larger fleet, the costs of outsourcing these tests can start to add up. And ironically, all those extra trips to a test centre are only pumping more harmful substances out into the air!

So if you want to cut costs on your testing (and cut down on your harmful emissions) you can bring your emissions testing in-house with accurate and professional testing equipment – like our own DVSA-approved and Euro VI-accredited diesel smoke meter or petrol and diesel emissions analyser.

Check out our online shop for our full range of testing equipment – or talk to one of our helpful experts to find out exactly what equipment you need.

routeone Team - June 30, 2022
Mounted on the underside of the vehicle, propshafts on diesel-powered buses transmit the rotational torque from the engine via the transmission to the drive...

Up to 52% bus usage increase on rail strike days: Transdev