Passengers in Denbigh are benefiting from a ‘no quibble’ guarantee on route 66 after it passed to GHA Coaches as part of a local bus tender round in Denbighshire.

Stephen Bryce, General Manager at GHA Coaches, says: “We were keen to reassure people that their service would not be affected following many years of reliable operation by the previous operator M&H Coaches.

“By offering passengers on service 66 a ‘no quibble’ on-the-spot refund if they were dissatisfied with the service, we felt that it would give passengers and potential customers increased confidence in the service.

“Some of the regular passengers were worried about a change of operator and losing their regular driver. However, it is pleasing to report that after the first month’s operation we have not had to give a single refund to any passenger.”

Passengers also benefit from the facility to purchase their tickets on their mobile phone using GHA’s m-ticket solution provided in partnership with Mobile Onboard, which is available on all services operated by GHA throughout its large network, covering North Wales, Shropshire, Cheshire and Greater Manchester.

Following a very competitive round of tendering as well as winning the contract for service 66 Denbigh to Hellan and Llannefydd, GHA Coaches has also retained contracts for services X1,1 and 2 that operate between Ruthin, Mold and Chester, service 55 which operates between Denbigh, Ruthin and Corwen, and service 76 between Ruthin and Denbigh via Llandyrnog.

Limited stop service X5 between Corwen, Llangollen and Wrexham has also been reintroduced and complements GHA’s own high frequency service 5/5c that operates between Llangollen/Cefn Mawr and Wrexham.

These contracts will be operated by a mixture of four brand new buses on order from Optare and four existing Optare Solos, all of which will be painted in a special version of the GHA Coaches livery in Denbighshire County Council colours.

Transdev Flyer airport venture takes to the roads in Yorkshire

Stagecoach SW eases back to school rush with dedicated services 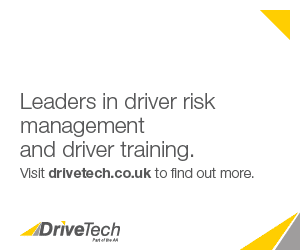