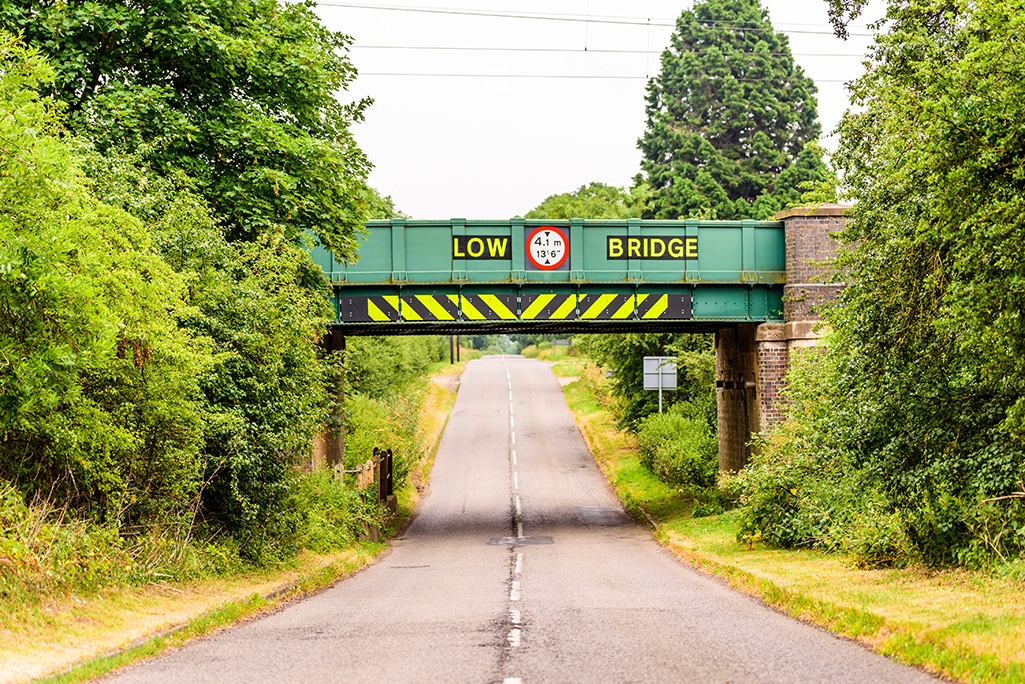 Drivers who are careless or negligent in causing their vehicle to strike a bridge will face a call to a Driver Conduct Hearing and could see penalties including the revocation of their vocational licence and disqualification from holding such an entitlement for six months.

The information is contained in updated Statutory Guidance released by Senior Traffic Commissioner (STC) Richard Turfitt on 28 September 2020. The document also details other information relevant to potential penalties that may be applied to drivers that are abusive towards public officials and who are reported for mobile phone use when at the wheel.

News of the starting point for bridge strike penalties is the latest step in Mr Turfitt’s quest to reduce the frequency of those incidents. It follows TCs’ earlier advice to operators that they are expected to have systems in place to prevent bridge strikes.

While revocation and a six-month disqualification for a bridge strike where the driver is careless or negligent is a starting point, the revised statutory document explains that mitigatory factors may be considered by a TC to reduce the penalty imposed.

As an example, where a driver is unfamiliar with the specific route to be followed and was distracted by the weather and road conditions, a TC might instead impose a two-month suspension of vocational entitlement.

Abuse towards public official, and phone use, come with suspensions

The revised Statutory Guidance also details the potential penalty for a driver who is found to have been abusive or intimidating towards a public official after a report is received from a public body. Under that circumstance, the starting point would be a 14-day suspension of their vocational entitlement.

Penalties for mobile phone use when driving are also covered. For a first offence in a commercial vehicle, the starting point is a four-week suspension of vocational entitlement. Subsequent instances of the same offence increase the potential severity of penalties. Driving a PCV with passengers aboard is regarded as an aggravating feature, but the driver’s employer causing or permitting such offending may be considered as mitigation.