The bus industry is to receive the lion’s share â€“ 73% â€“ of the 5m grants from the Department for Transport’s (DfT) Clean Vehicle Technology Fund (CVTF).

In total, the 5m will see 1,163 vehicles from buses to taxis and fire engines receive a variety of retrofit equipment to clean up emissions, after Transport Minister Baroness Kramer announced the successful bidders for the 5m fund.

This is the first time that CVTF funding has been available for a wider range of vehicles.

In total 17 local authorities have been awarded grants for a wide variety of cutting-edge, pollution-reducing technologies.

In addition, the DfT also announced an additional 50,000 to help local authorities monitor the results of their clean technology projects.

Most of the other projects cost around 15,000 per bus, with the most being 20,000 per bus in Leicester to retrofit five Euro 3 buses with SCR.

The other winning local authorities with bus bids are:

â€œThe funding we are providing will result in real public health benefits while supporting skilled jobs and economic growth in the environmental technologies industries.â€

As part of the requirements of the CVTF, successful projects are required to monitor the effectiveness of the technologies and provide a useful learning tool to other local authorities considering green vehicle upgrades. 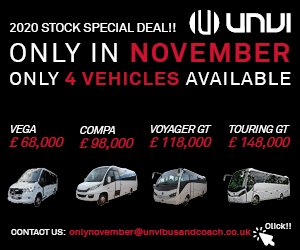