Home Manufacturers ADL restructuring consultation moves ahead; up to 650 jobs still at risk 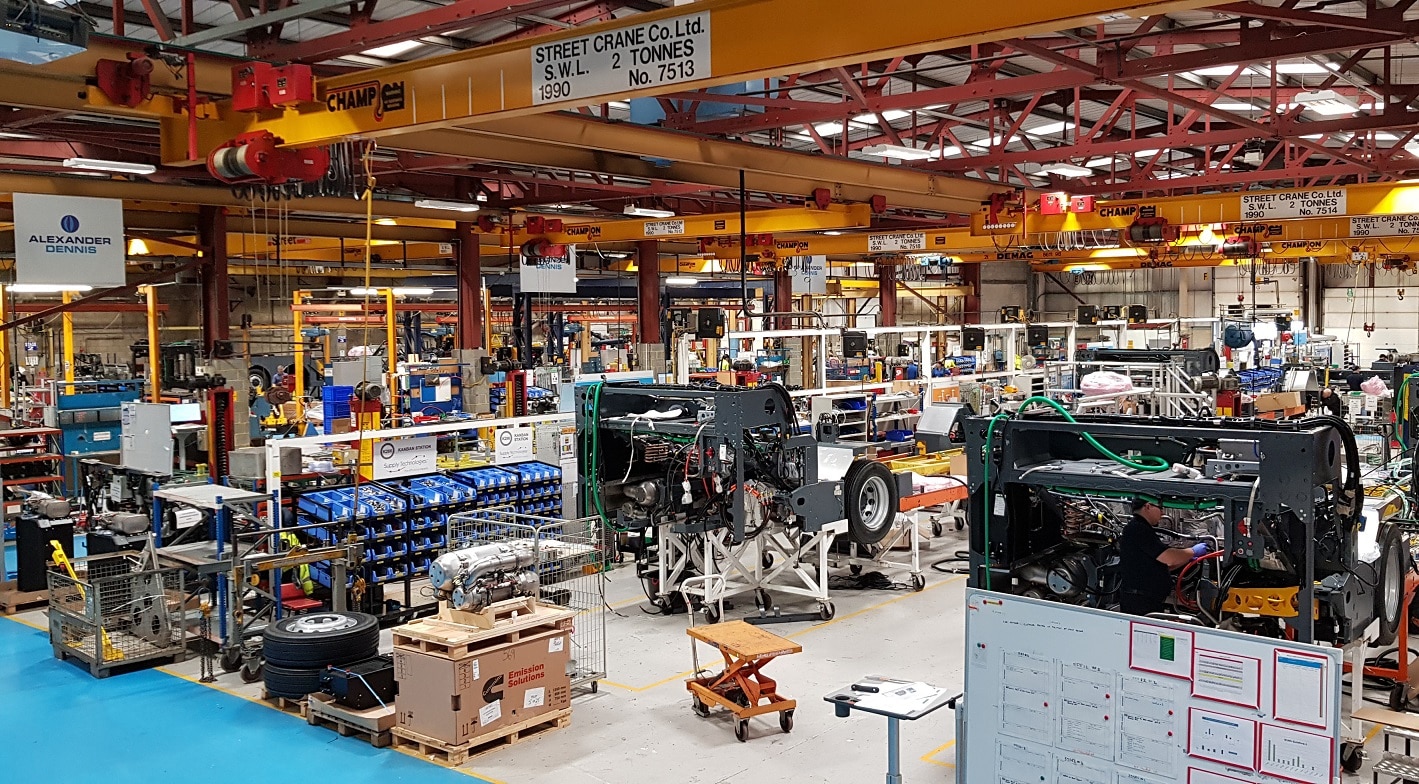 Alexander Dennis (ADL) has commenced a formal consultation on its previously announced restructuring programme that has placed up to 650 jobs at risk across the ADL and Plaxton brands.

The process is planned to include the transfer of chassis production to ADL’s Falkirk plant. Doing so will impact around 200 employees in manufacturing and operational support roles at the Guildford factory (pictured). Non-manufacturing roles at Guildford, including those in engineering, test and development and aftermarket, will remain based there.

Even with the relocation of chassis assembly to Falkirk, there will be a net reduction of 160 manufacturing roles at the Scottish factory. The Plaxton plant in Scarborough will potentially see a loss of 90 production jobs. A further 200 roles will be affected in support functions across all of ADL’s UK sites.

ADL says that the intention to move chassis production to Falkirk is based on experience at its plants in North America and in the Asia Pacific region. Building bodies and chassis at the same location has delivered efficiencies in terms of output, time, cost and co-ordination.

Adds President and Managing Director Paul Davies: “The Dennis brand is of huge significance to the company, with its proud history and heritage of automotive innovation dating back to its inception in 1895.

The restructuring plans are configured to adjust current manufacturing capacity without compromising ADL’s ability to respond to future resurgence in demand, it says in a statement.

A slump in demand for new coaches and buses is to blame for the proposed restructuring. While ADL has continued to lobby the UK and Scottish Governments and other stakeholders, “there remains no immediate visibility of the stimulus funding urgently required to support operators to place orders.”

Despite that, Mr Davies has called again upon politicians to introduce “meaningful support” to generate demand for new coaches and buses. Doing so would help to mitigate any further threats to manufacturing sites.

“We have no choice but to implement these tough decisions to protect the company’s future health. We remain confident that the situation will improve in time. We are well placed to take advantage when that happens, but right now we have to adjust to our new economic reality.”