Home Features Coach tourism in 2021: What does the industry think? 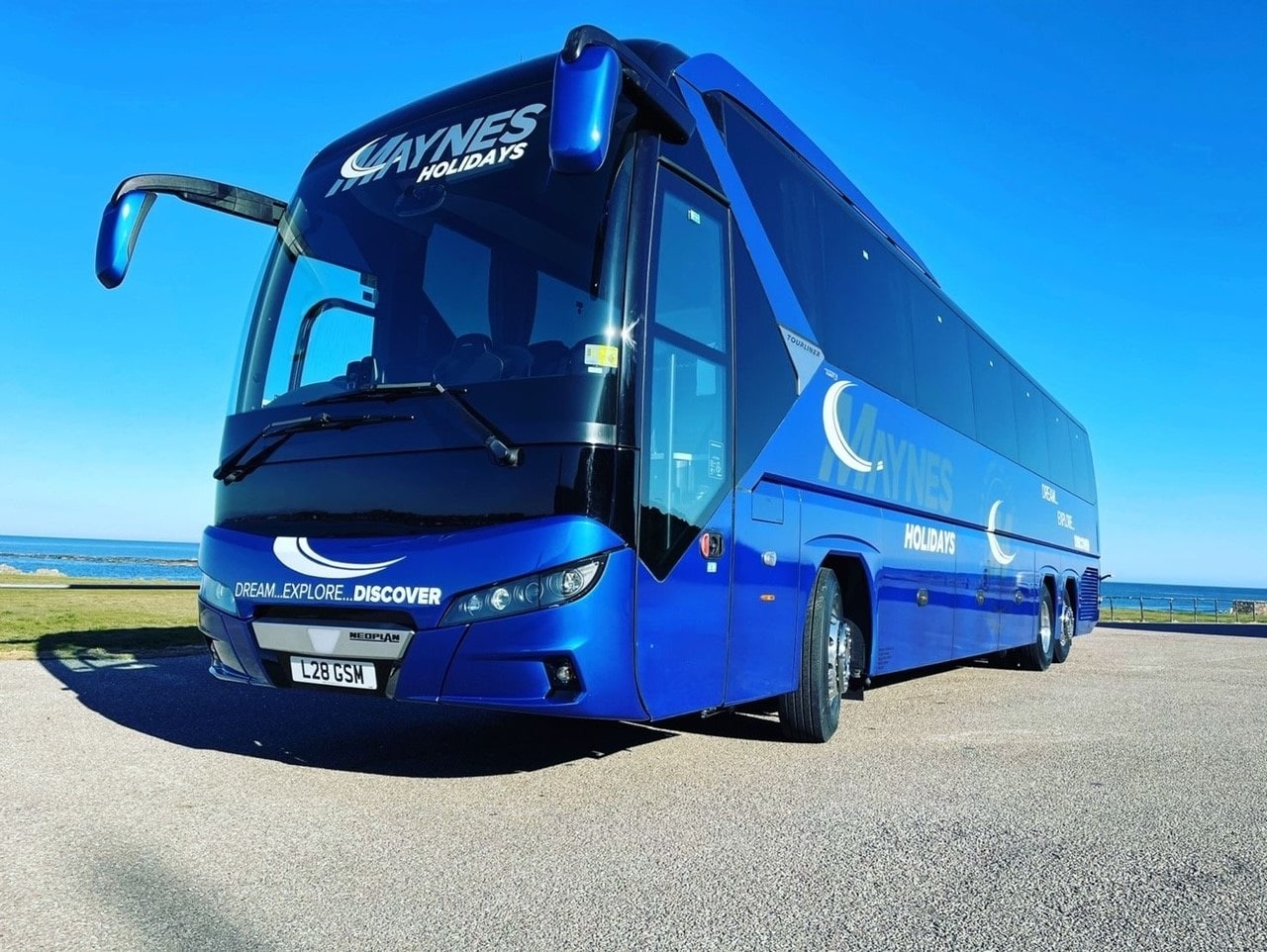 Taking the temperature of the coach tourism industry in 2021 is as difficult as it has ever been. Many operators involved are looking ahead with optimism, yet the extent of that positivity varies. Domestic bookings are strong, but there are two elephants in the room: Social distancing and the medium-term viability of continental trips.

In late April, routeone was able to hear the views of six Coach Tourism Association (CTA) members on where they see the industry going for the remainder of 2021. All four Home Nations were represented through a panel that comprised:

Will the predicted coach tourism boom in 2021 materialise?

Views on whether 2021 will eventually deliver the boom in domestic coach tourism that was earlier predicted are mixed. What is clear is that there is sensitivity among some customers to wider messaging. An unfortunate utterance from a politician can lead to a rash of cancellations. Positive omens – either from a figure in authority or via an operator’s own channels – can quickly set phones ringing.

Robert Shaw points out that Harry Shaw is still observing a ‘wait and see’ approach by some of its clients.

Robert has previously predicted that the domestic season will extend later than normal, but he now believes that it will also see a lot of late booking activity.

“People are reluctant to commit without any definite outcome,” he says.

Jason agrees that the start of 2021’s season will be a “slow burner,” although he is confident that it will take off later. Key for Edwards is restoring confidence and getting its vehicles back to being seen on the road. A confidence building exercise is not only for travellers; it is identical for staff. “That positive energy, balanced with realism, needs to come to the fore now,” he says.

2021 coach tourism season in Scotland likely to be extended

Tour companies are already making it clear that they want to see the season in Scotland extended, adds Kevin. Many ‘incoming’ visitors to the north of the country are from elsewhere in the UK, and Maynes sees a “fairly decent” season ahead with those customers. It is also building interest in its own holiday programme, which has been helped by the decision to utilise television advertising.

“There is a pent-up demand for getting away,” Kevin continues. Maynes advertises its holidays from around Perth northwards, and the TV campaign – which makes use of STV’s Growth Fund – has delivered. “We can tell when the advert has been shown because the phone starts ringing,” he says.

Robert Easton and Dave are open minded on what 2021 will deliver. Neither think that it will bring total relief from the crisis that has enveloped coaching. Each of their respective businesses would normally carry out a lot of tours abroad, and that remains a difficult workstream to make accurate predictions for.

There is – at the time of writing – no clarity on when restriction-free continental departures might return. In some cases that has led to customers becoming frustrated with the lack of guidance on when they may expect to travel abroad again. That can cause them to seek refunds after having earlier agreed to defer bookings. Such an approach is far from ideal for companies that have built a portion of their businesses on tours abroad.

Despite that position, both operators look at the domestic market with hope. Parrys has added extra dates for British departures, and it has also introduced some day trips for the remainder of the year.

One announcement by Prime Minister Boris Johnson about the relaxation of restrictions in England saw a spike in confidence among Parrys’ customers.

Of 1,000 people who booked after that, 735 opted for domestic tours later in 2021. A mere 27 went for continental departures this year. Ordinarily, over half of Parrys’ tours would be to foreign destinations, which underlines the scale of the challenge facing coach tourism from the UK to other countries.

Eastons has seen a similar trend. Refunds for continental trips continue to outweigh receipts for those departures, but the domestic market looks strong, says Robert Easton. A recent brochure launch generated 1,000 bookings within less than a week. But there is one difficulty with domestic tours that all members of the panel agree on: Demand means that there is a growing reluctance or inability from hotels to be as accommodating of groups as they would typically be.

J&K Coaches has found that some hotels are still keen enough to work with groups, but Margaret has observed a reluctance in other cases. “They are seeing such a surge in demand from families that they don’t need coaches,” she says. In Northern Ireland, hotels are already able to command high rates and that looks set to continue, she adds.

Edwards was fortunate in that it secured a good amount of hotel stock some time ago. Jason expects that demand will become even heavier in the summer, although it is possible that as other countries reopen, pressure on UK rooms may be relieved. That aside, the remainder of the year could still be tricky for operators that do not have them reserved already, he adds.

Multiple panellists agree that planning the remainder of the year’s domestic programme is further aggravated by the ongoing lack of certainty over social distancing.

Dave points out that a coach’s usable capacity is defined solely by the operator’s risk assessment.

But there is a degree of unease about carrying a full passenger load before current social distancing guidance is removed.

It surrounds the risk of pictures of a full coach being published on social media. Even though operating in such a manner could be entirely in compliance with a risk assessment, two contributors note that exposure to ill-informed criticism could be damaging.

Ongoing uncertainty about the end point for social distancing guidance is also compromising attractions’ willingness to take coach bookings. It is further the case that venues are increasingly reluctant to offer group rates. Uncertainty about whether attractions will need to implement social distancing over the summer months now means that they are cautious about how many, if any, coach passengers they will accept, Parrys has found.

Opinions are mixed on how the industry should promote the measures it takes to ensure cleanliness and how it portrays its environmental credentials. There is no argument that work on developing both of those should be undertaken; how it should be communicated is the point of discussion.

The argument for heavily promoting cleanliness is clear, although one panel member observes that it is impossible to guarantee that no passenger infected asymptomatically with COVID-19 has been carried. But it is likely the case that if the coach industry makes its endeavours known, that may grow confidence among attractions to accept larger groups.

An alternative school of thought is that many travellers are not overly concerned about the work that operators are doing and expect it as a default. “They just want to go,” says one panellist. The same is true for Euro VI. Customers have little concern about emissions, although Robert Shaw notes that such an attitude could change in the long term as ‘Generation Greta’ comes to the fore.

The opportunity to attract new customers to coach tourism has been cited as part of the potential fallout from the challenges currently facing international travel, and particularly cruises. Margaret notes that COVID-19 has given an opportunity that may not otherwise have existed to overhaul products. She adds that the upheaval brought by the pandemic could influence how operators work together in the future.

Customers travelling for sometimes 10 or more hours by coach to reach their destination may be difficult to sustain, she says.

Instead, there is an increasing argument in some cases for flying them to the nearest airport and utilising a local partner operator to handle the transfer and touring requirements.

“We have got to think out of the box now,” adds Kevin. A trend towards flying has benefitted Maynes; in an ordinary year, the operator would derive a lot of work from groups arriving in northern Scotland by air. Robert Easton agrees. Eastons is a holiday business, not solely a coach operator. It has seen success with walking tours, while trips on its heritage vehicles for customers on other companies’ tours to Norfolk is further diversification that is showing early positive signs.

Dave takes a slightly different view. Parrys’ continental programme majors on delivering an experience that cannot be matched when travelling by other modes. By default, some of those tours involve long distances. But the Staffordshire operator ensures that overnight stops mid-journey are taken in locations that add interest.

It had seen strong bookings for 2020 on that basis and had attracted what Dave calls “a new type of client.” They are the travellers that do not purchase based on price. There may be even more of them when travel returns in a meaningful way, he adds. Eastons is in a similar position, and it will seek to diversify its continental offering from 2022, says Robert Easton.

There is much else to consider for the future of coach tourism, the panel of experts agree. 2021 may well shape up strongly, but the overriding view now is that it will represent more of a transition towards longer-term recovery. There are also wider concerns around the implications of Brexit and the repayment of business continuity loans. While those issues were scarcely covered in the discussion, they are real and present considerations for the coach tourism business, panellists agree.

Consensus was also reached that assuring customers that their money is safe will be key in the future. The amount of refunds issued since March 2020 has hurt the industry greatly, but it has been a necessary evil. A trouble-free return of monies gives clients confidence to book in the future. Communicating that reimbursement will be made with no argument will become a central part of the short- and medium-term until the industry, and society, is fully back to normal, the operators that took part in the roundtable each recognise.

That norm may not return until 2022. But with the commitment to excellence and coach tourism’s best interests that was on show at the joint CTA and routeone roundtable, the industry remains in good hands and – no doubt – has a strong future to look forward to.

Tim Deakin - June 16, 2021
The importance of restoring coach parking and drop-off/pick-up facilities in central London that are currently unavailable has been conveyed to Deputy Mayor for Transport...