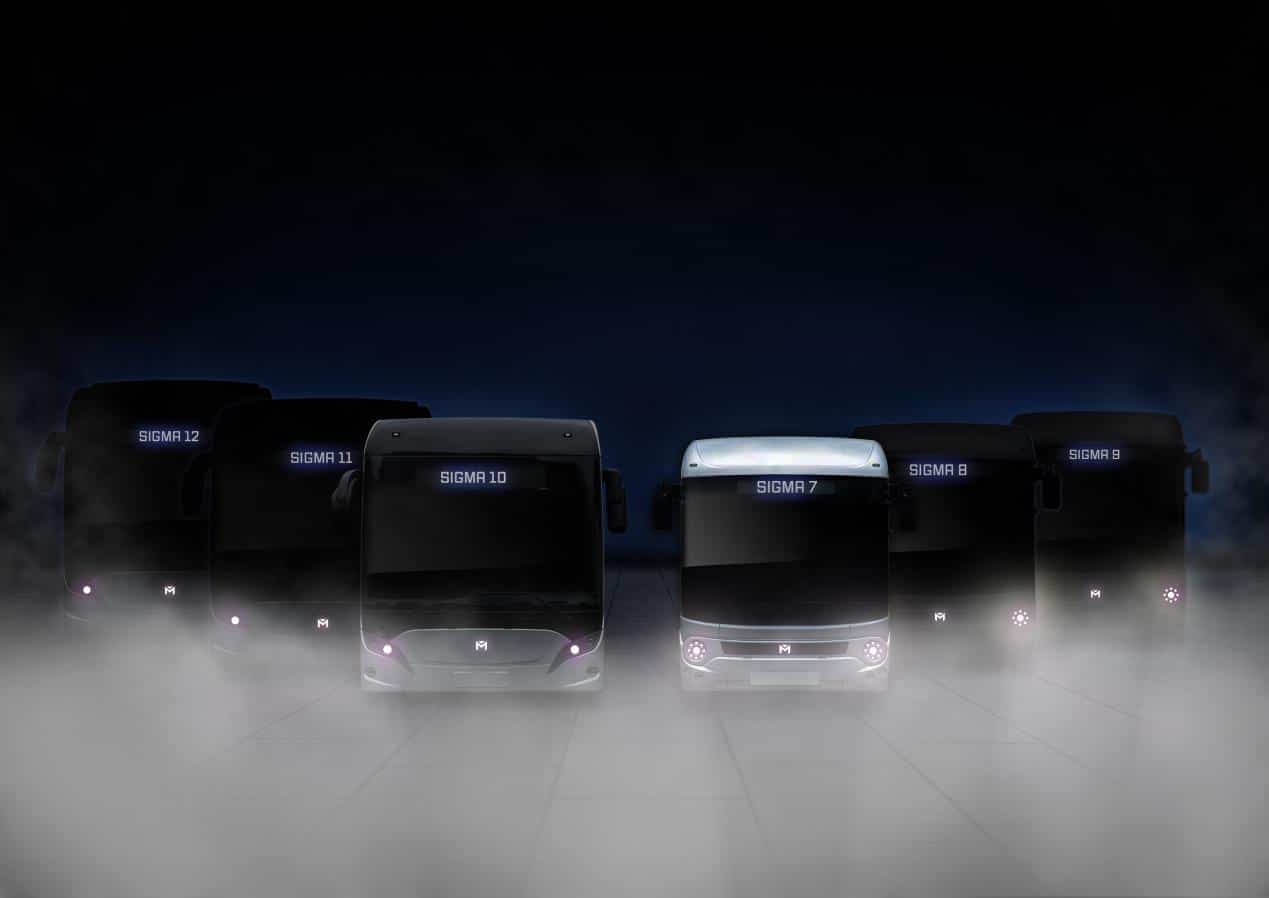 Mellor has dropped new information on its upcoming all-electric single-deck bus range, which it has revealed will be called Sigma.

The manufacturer says it is “redefining zero-emissions public transport” with the new battery-electric vehicle line-up, while also staying true to Mellor’s principle of “size and cost appropriate buses”.

It comprises six models varying from lengths of seven to 12 metres, and GVWs of eight to 19 tonnes. Varying widths and passenger door configurations will further broaden the range, making Sigma what Mellor describes as “one of the largest ranges of low-floor battery-electric buses from any manufacturer in Europe.”

There will be a phased introduction of the models, with seven and 10-metre models available for immediate order. They will be unveiled at a special launch event at the Millbrook proving grounds next month. Customers which place orders now can expect a delivery by early Summer 2022, the manufacturer adds.

Four more models in eight, nine, 11 and 12 metre lengths will be phased in during 2022. Customer deliveries are expected within the same period.

The Sigma range comes as a response to changing global attitudes to vehicle emissions. The move is a statement of intent from the Rochdale manufacturer to enhance its presence with UK fleet operators.

By bringing the widest range of model variants and specifications onto the market, Mellor says it hopes its “ongoing mandate to produce size and cost appropriate vehicles” will provide a “no-compromise, zero-emissions transport solution from a single manufacturer”.

Weight savings and subsequent reduced energy consumption and enhanced performance and range across all models compared to competitor vehicles will be key to swaying operators in favour of the Mellor offering. The manufacturer says the range will suit applications from urban centres to rural services.

“Here we are at the start of a new chapter in the history of Mellor,” says Mellor’s Bus Division Managing Director Mark Clissett. “Our new Sigma range is a redefinition of the zero-emissions bus offering and one which will see Mellor establish itself as a major player with fleet customers, both in the UK and in overseas markets.

“With six new base models, and a range of options, we are sticking to our size and cost appropriate principles and, more than any other manufacturer, able to offer customers an exacting battery-electric vehicle solution for their precise requirements.

“We’re really excited with the prospect of shaking-up the market with this fantastic new product. Sigma not only marks a turning point for Mellor, it is also the most important product introduction of its kind from any bus builder in the last decade.”

The announcement comes on the heels of work to reposition the Mellor business in 2022, and plans to open a new production facility in Scarborough.

routeone Team - November 26, 2021
Cardiff Bus is recruiting for a Operations Manager to join its team in Cardiff and surrounding areas. Cardiff Bus is the major provider of bus...