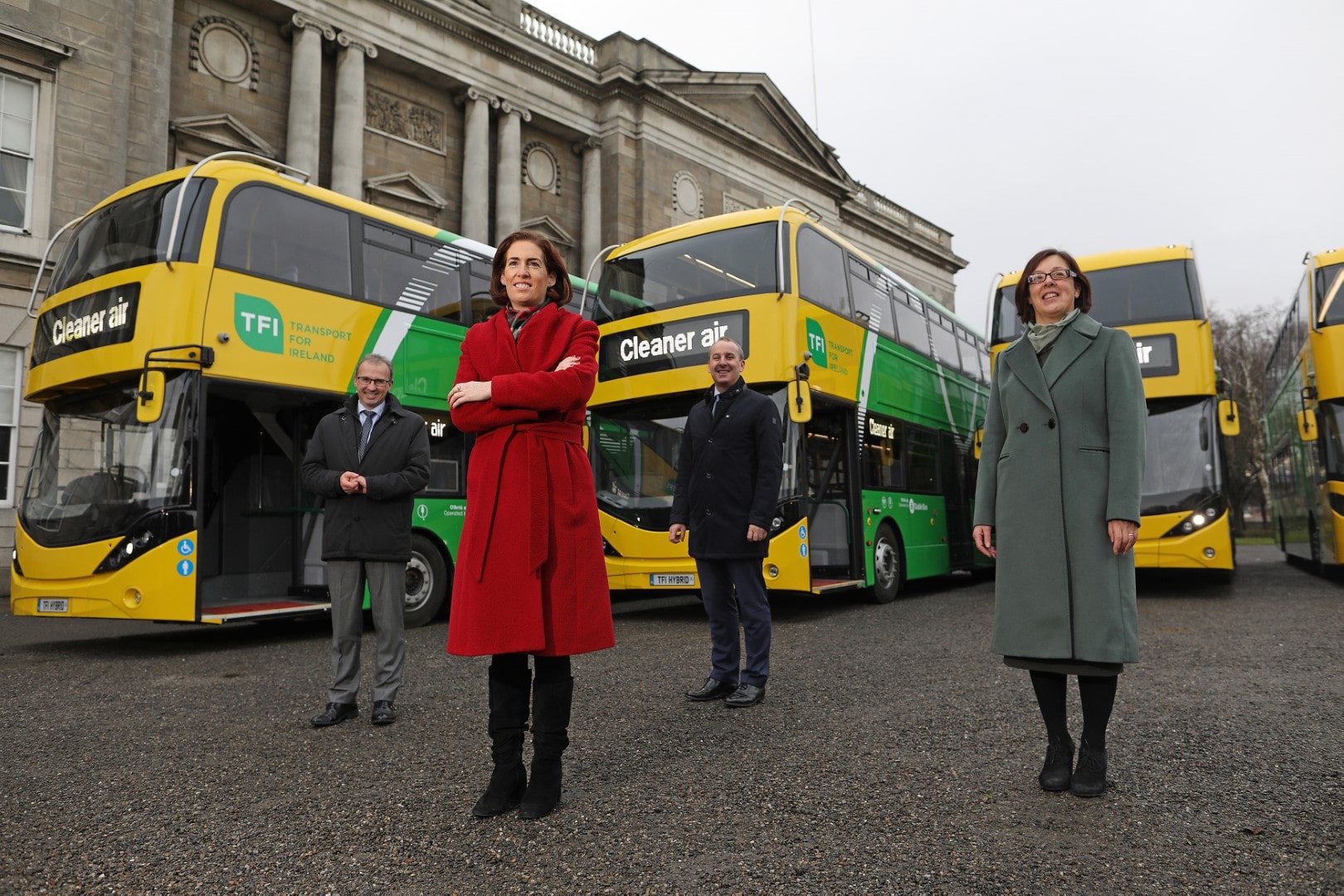 Ireland’s National Transport Authority has ordered a further 180 zero-emission capable Alexander Dennis Enviro400ER double-deckers. The announcement was made when it unveiled the first of an initial batch of 100 of the type.

Both orders for part of a five-year framework agreement that will see up to 600 of the ‘extended range’ model delivered. The Enviro400ER has BAE Systems’ Series-ER diesel-electric hybrid system. It comes with a 32kW/h lithium-ion battery that can be charged externally using a plug-in connection

That gives an engine-off range of “at least 2.5km” says ADL, permitting emission-free operation in geofenced areas. The Enviro400ER can also run in the same mode when approaching and departing from stops, and when stationary.

Of the initial 100 Enviro400ER double-deckers for the National Transport Authority, 74 will be operated by Dublin Bus. The remainder will be part of the Bus Éireann fleet in Galway. The first vehicles are expected to enter service in early 2021.

BAE Systems Director of Business Development for Power and Propulsion Ian Wilson says the Series-ER diesel-electric hybrid system will “help Ireland to take the next step towards full electrification.”

“With the ability to externally charge the batteries, the use of on-board power generation can be further reduced. This new generation of double-deck buses for Ireland once again demonstrates that with ADL’s focus on innovation, we are building the buses that our cities need to solve their transport challenges.”