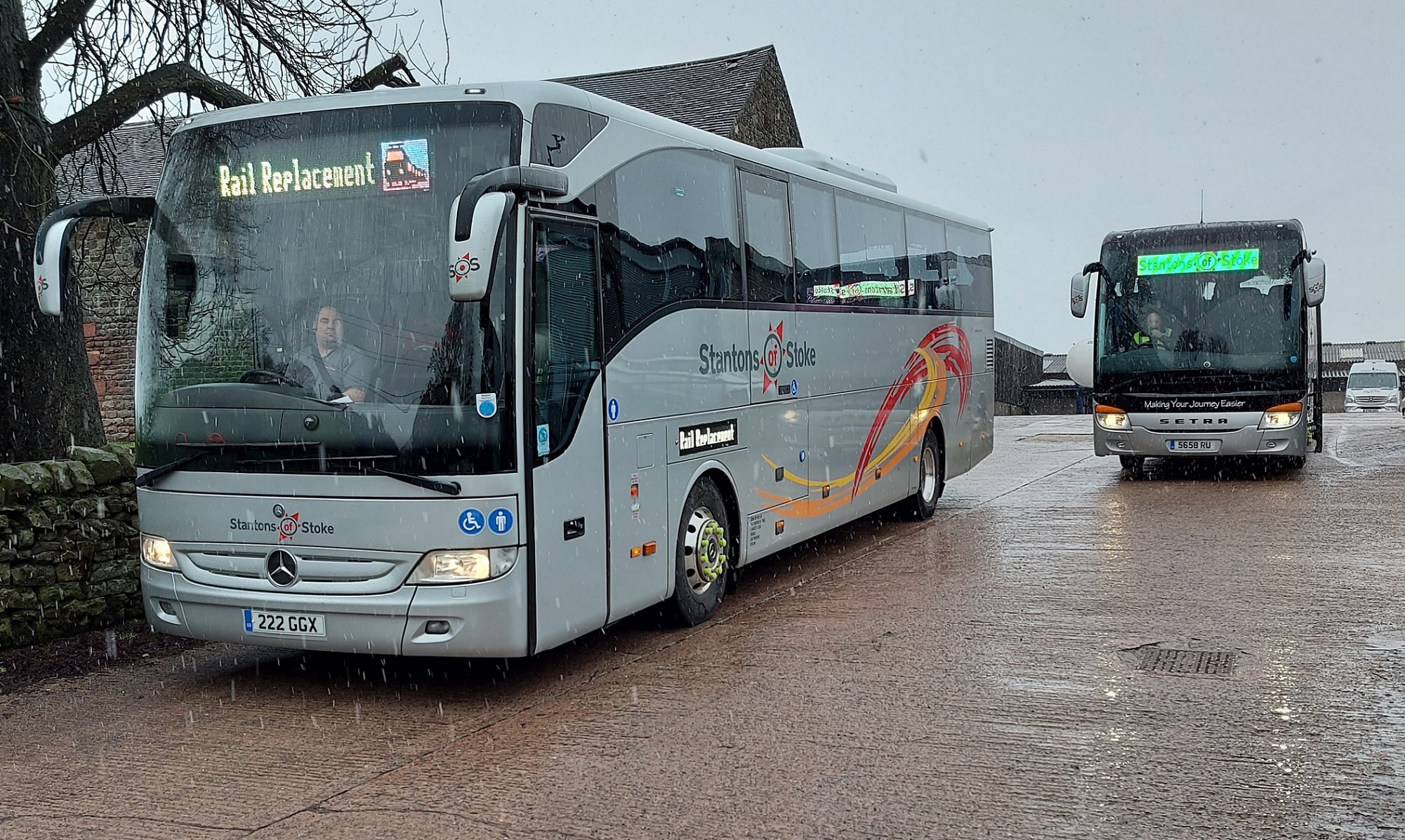 The Disabled Persons Transport Advisory Committee (DPTAC) has issued an extraordinary call to the government asking it to embark on steps towards mandatory compliance with PSVAR for all coaches that are used on “for hire” work.

DPTAC’s recommendation will be met with despair by an industry that has struggled with a move to PSVAR on in-scope services and seen revenue decimated during the COVID-19 pandemic. But DPTAC says that formal intervention is “now essential” to drive an increase in the number of coaches that can accommodate wheelchair users and other less-mobile travellers.

“DPTAC believes that the government should, in due course, remove the exemption from PSVAR of the whole of the ‘for hire’ sector,” the Committee writes. “This alone will ensure that disabled people are no longer excluded from this important transport position.”

While DPTAC’s advice to the government on PSVAR’s application to coaches has been published on the gov.uk website, DPTAC is an independent body. The government is thus under no obligation to act on its suggestions.

Nevertheless, DPTAC members are appointed by the Secretary of State for Transport. “We would expect to get a fair hearing,” says Chair of the Committee’s Local Travel Working Group Will Bee.

Mr Bee adds that DPTAC has deliberately not added suggestions about any timeframe or whether ministers should make available funding if they act on its advice.

The cost difference between buying a new compliant coach and retrofitting an existing example is among the reasons for that, he continues.

“We are calling on the government to take a realistic view of any transition and of how it could be handled,” Mr Bee says. He suggests that such an approach should involve a consideration of natural vehicle replacement cycles and/or a ‘scrappage’ incentive. “A range of options could be on the table if the government wanted to make this happen.”

“CPT has proposed a solution that would encourage and allow a manageable transition to a fully accessible fleet, including the introduction of a date where all registered coaches would need to comply with PSVAR. To help with that, is it vital that funding is provided by government to help operators, at what is already an extraordinarily challenge time, to upgrade or retrofit their fleets.”

DPTAC is not the first organisation to call for a universal application of PSVAR to coaches. In March 2020, the Rail Delivery Group (RDG) asked for legislation that would require a similar approach, with a lead time of at least eight years. That was part of RDG’s bid to find a permanent solution to PSVAR on rail replacement services. Its plans were rejected by the government.

DPTAC has also commented on the coach industry’s existing approach to meeting disabled passengers’ needs. It claims that the sector “appears to have made no significant effort to improve accessibility.” That is due to the industry’s economics and a lack of regulatory pressure, it believes.

The Committee adds that growing the number of PSVAR compliant coaches will remove what it describes as disabled people’s exclusion from many opportunities to use the mode.

It has asked the government to set timetables “that are challenging, but not unachievable” as part of a transition to full compliance with PSVAR for coaches.

While accepting that eventual mandatory PSVAR compliance would pose a huge challenge to the coach sector, DPTAC believes that operators would benefit from such a move in the long-term. The demographic “that travels the most miles by coach is the over-70s, a growing age group with the highest levels of disability,” it says.

Existing PSVAR specifications for coaches ‘have some limitations’

In addition to calling for a significant widening of the scope of PSVAR for coaches, DPTAC says that vehicle specifications required to achieve certification should be revised. It claims that there are “some unfortunate limitations” at present, particularly relating to step arrangements.

“Although efforts have been made to make them shallower, they appear to be an insuperable barrier for some people. Others may be able to struggle up them when absolutely necessary, but [they] will generally avoid coach travel because of the effort involved and the uncertainty of access.”

Because of that, DPTAC wants to see more examination of the practicalities of enabling less able people who are not wheelchair users to board and alight coaches via the lift.

It adds that further issues exist with the current coach PSVAR specification because there is no obligation to provide seats with space for a guide dog to sit at the passenger’s feet, and a failure to use the dimensions of the ‘reference wheelchair’ when calculating space requirements.

“In addition, the space required to deploy the [lift]… is such that there are many passenger pick-up points where wheelchair users are unable to board,” the advice continues. That difficulty has been identified already by many operators.

‘Use exemption period to draw up new specification for compliance’

Because of these issues, DPTAC has called on the government to use the period during which exemptions to PSVAR are available for rail replacement and in-scope home-to-school services to explore whether what it terms a “more accessible” specification for coaches is feasible.

It advocates that work being carried out quickly and for it to involve a panel made up of disabled people, industry representatives and vehicle manufacturers.

DPTAC says funding should then be made available for up to two proposals to be ‘worked up’ into full designs. A view could be taken of those acting as the basis for a revised set of Regulations.

“The time set aside for this process should not exceed 12 months. At any stage, the panel may conclude that no significant improvements on the current PSVAR [standards] are available and abandon the process,” it adds.

Mr Bee suggests that a change to lift layout or location could form part of any revision to PSVAR standards. DPTAC has already taken feedback from industry groups about a ‘hybrid’ approach of having a low-floor front area and a conventional coach-style rear. Such engagement has shown that it is not a layout that will appeal to the wider industry, although it suits some applications.

The Committee has additionally submitted advice to the Department for Transport (DfT) that calls for exemptions to PSVAR on planned rail replacement work to be limited to “just four years.”

Such action “will send an important message to the coach industry that the government is determined to make coach services accessible to disabled people,” it says. By being required to agree to long-term contracts with coach operators, train operating companies and rail replacement service providers will give them confidence to invest in compliant vehicles, DPTAC claims.

DPTAC has also turned its attention to home-to-school services that are in scope of PSVAR. It says that the situation of disabled young people being unable to travel with their peers is “unacceptable.”

The industry has long held that requiring PSVAR compliance on a closed-door service where it is known that no passengers require an access aid is superfluous. Mr Bee points out that it could be the case that a wheelchair user would use such a service if the vehicle employed was accessible; they may currently be conveyed by taxi or an accessible minibus.

DfT has not published a view of, or response to, DPTAC’s advice. It is not obliged to do either. How much, if any, is adopted as policy remains to be seen.

What are your thoughts? Email editorial@route-one.net.