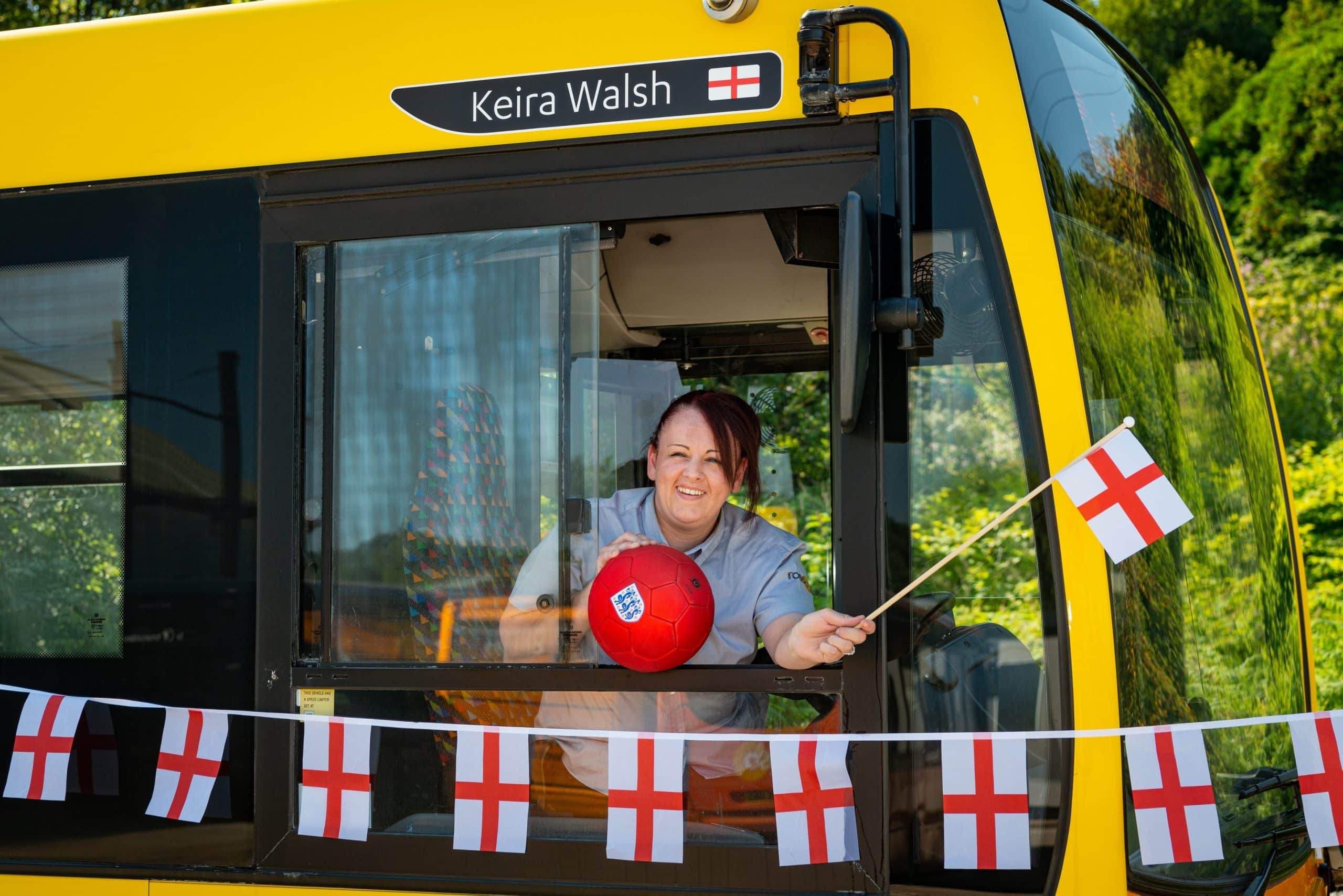 Transdev has named three of its buses in honour of England Lionesses Beth Mead, Rachel Daly, and Keira Walsh, in their home towns of Whitby, Harrogate and Rochdale respectively.

It comes after the England women’s national football team defeated Germany 2-1 in extra time at the UEFA Women’s Euro 2022 Final at Wembley on 31 July.

It is the latest in a series of sporting-themed tributes by Transdev on its vehicles. In July, it named a route 36 bus in honour of Gareth Southgate, while in 2016 it named another route 36 bus after Ripon Olympic diver Jack Laugher. Also earlier this year, a Rosso bus was named after England right-back Kieran Trippier, while a Coastliner has been named in honour of retiring BBC Radio York football commentator Barry Parker.

Says Transdev CEO Alex Hornby: “The England team’s stunning performance throughout the Euro 2022 tournament has captivated the whole nation, and nowhere more so than in and around the North where three of them began their love of football.

“Naming three of our branded buses after Beth, Rachel and Keira is our way of saying thank you for their amazing success which has brought football home. They are all fantastic role models for young sportswomen in our region and around the world and naming our three buses in their honour is all about celebrating their phenomenal achievements.”