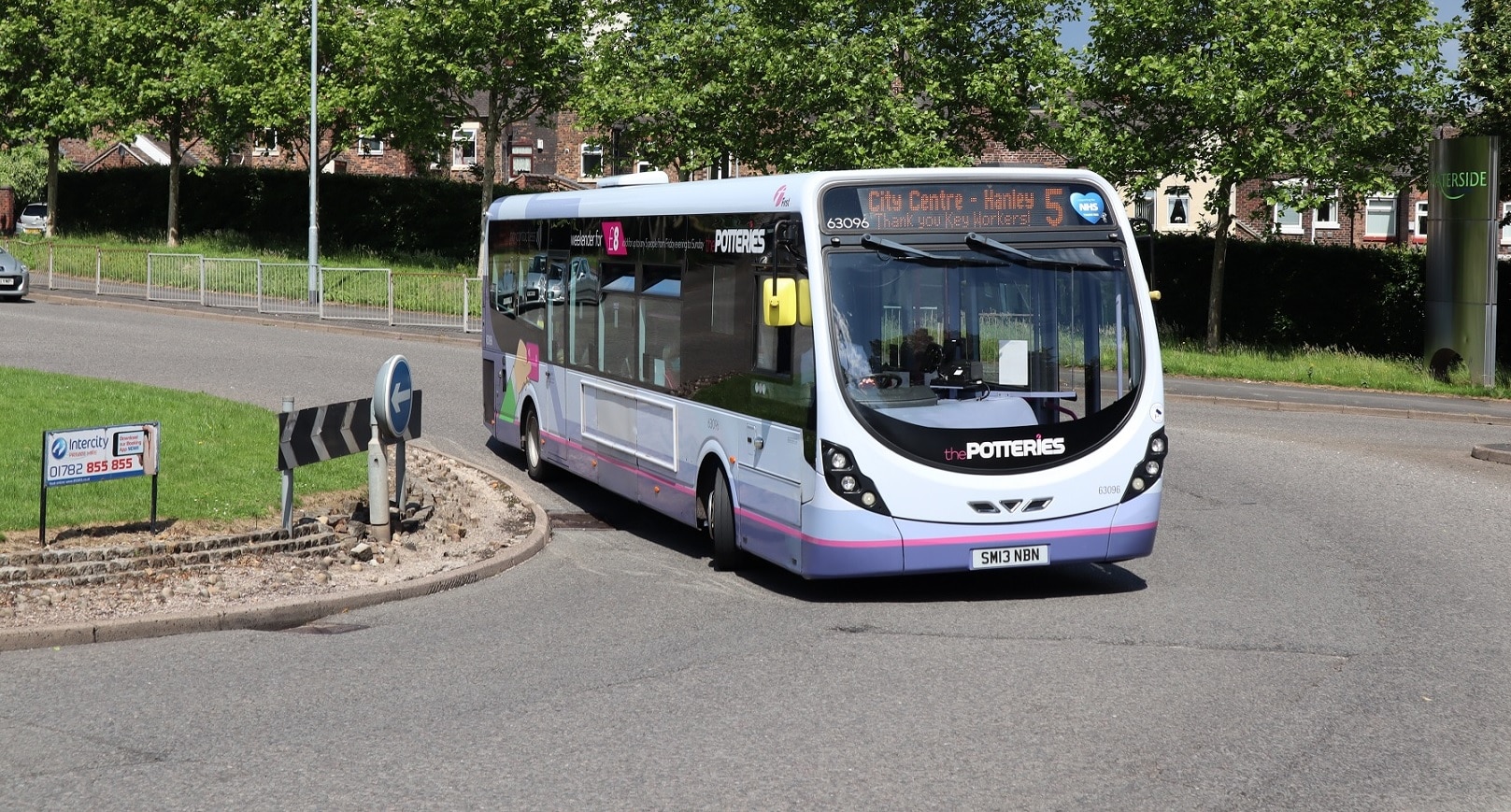 1,000 mid-life vehicles in the First Bus fleet have undergone retrofit work to meet Euro VI emissions standards, the group has announced. That work has involved the fitment of exhaust systems from Eminox and HJS, while Grayson has supplied e-Fan equipment.

Of the total, 492 are single-deckers and 508 are double-deckers. The retrofit programme represents around 20% of First’s national fleet and accounts for a spend of £16m. It has been delivered in partnership with various local and national government partners. First Bus says that further Euro VI retrofit work is planned.

The 1,000th bus to be retrofitted is a member of the First Manchester fleet based in Oldham. It has taken just over two years to reach the milestone, with work forming a part of First’s wider commitment to reduce its impact on air quality. In 2020, the group pledged to buy no new diesel buses after December 2022 and it is committed to operating a zero-emission bus fleet by 2035.

Says Strategy Director John Dowie: “We are proud to have achieved this milestone at the turn of the year, highlighting the ongoing work of our engineering teams. We estimate that each retrofit reduces air pollutants and harmful emissions by up to 95%. That makes a considerable positive impact on air quality in our towns and cities.”

By operating area and in descending order, retrofits have been carried out thus:

204 buses in First’s fleets in Scotland are currently in the process of being retrofitted to achieve Euro VI standards. That work is being carried out by Eminox.

In a further step aimed at strengthening its commitment to the green agenda, First Bus recently appointed Jon Tivey as Head of Environment. His focus will be on supporting the operators agenda to deliver best-in-class environmental performance.