Home Features Driver recruitment and retention: A localised issue in 2021 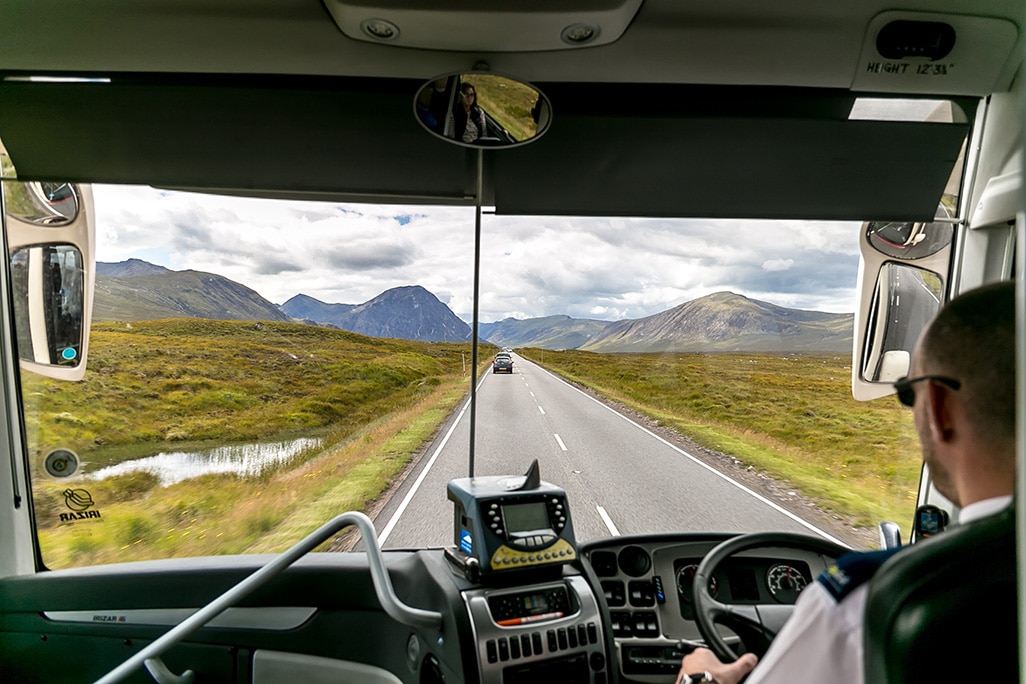 routeone examines the landscape of driver recruitment and retention in 2021. Between local issues, a key challenge is finding ways to attract younger drivers to the trade

Driver recruitment and retention would appear to be a localised issue in 2021.

Conversations with three operators across England and Wales reveal ongoing difficulties in recruiting drivers for some, while another has seen an improvement since the UK began once again to emerge from COVID-19 restrictions.

One topic all operators seem to agree on is the need to bring young drivers into the trade.

The driver search after COVID-19

In Bracknell, Berkshire, Thames Valley Buses Staff Manager Nick West says finding drivers has become a lot easier than it was before the pandemic began. That is not to say that there is now a larger pool of applicants, but that the calibre of applicant seems to have changed. “Before, getting the right candidates was the difficult part,” Nick says. “We’ve always had applicants, but in this industry it can sometimes be like fishing in a dirty pond. The drivers that are available have often been through five or six different bus companies before ours, and have left for whatever reason, and we can end up picking from a bunch of drivers that have been dismissed for some reason or another from a previous company. It’s very hard to get good candidates.”

Historically, young drivers have also been hard to come by. But reliance on drivers with a Driver CPC married to a good track record may soon be a thing of the past. Thames Valley Buses was recently purchased by Reading Buses, which has subsequently made its own academy available for training drivers. That means new recruits need only apply with a car licence.

Thames Valley Buses holds recruitment days where candidates are taken out for a driving assessment, sit a mock theory test, and are interviewed. Whoever makes it through that process is then offered a place at the academy. The academy will train drivers to obtain their licence, which if passed first time, takes around three weeks, and the company supports further professional development. This comes with the advantage that drivers can be moulded to work best with the operator’s requirements, and the risk of picking up bad habits is reduced.

Another advantage of Reading Buses’ academy is that training drivers to understand customer focus is one of the key elements of modern driver training, and one to which, according to Nick, older drivers sometimes struggle to adapt. “When I joined the industry in 1989, driving the bus was the priority, rather than the customers. Nowadays, the job is much more customer focussed. And people that have been in the job for years and years can struggle with that.”

The result is that the quality of driver has improved. Recruiting drivers through open days and through the Reading Buses academy has attracted a younger age demographic, and many now join between the ages of 20 and 30. But drivers in their 50s, deciding on a career change, are equally welcome. Having an operator assist with the funding also helps those who would otherwise struggle financially to make that decision on their own. Recruits are paid an hourly wage of £9.50 to train for their licence. They are then tied into the company for two years (being required to pay back a certain amount if they wish to leave before). After that, they are free to take their licence wherever suits. “But we are hoping that, after two years, our drivers are happy where they are and they want to stay,” Nick adds. Retention is also looking good, he reports.

One operator facing more of a challenge when it comes to driver retention is Harrogate-based Connexions Buses, which reports a driver shortage in recent weeks. “We thought that we would be falling over drivers wanting work. But what seems to have happened to us and other operators we know is that a lot of drivers have left the industry during lockdown,” says Managing Director Craig Temple.

Where have the drivers gone? According to Craig, many have left to take up driving jobs with fewer “antisocial hours” such as courier services. That has left the operator sometimes needing to train up fresh recruits, and has created a hard transition when the need

“Customers seem to not have
any patience nowadays – they
are much more demanding
than before. And the pay with
coaches and buses hasn’t kept
pace with everything around
it. It’s a sad state of affairs”

to ramp up services came after lockdown restrictions eased. But is there another reason why drivers might find the job less appealing now? “I think there’s a lot more to driving a bus than there has ever been before,” opines Craig. “Telematics means some drivers feel constantly under scrutiny. Customers seem to not have any patience nowadays – they are much more demanding than before. And the pay with coaches and buses hasn’t kept pace with everything around it. It’s a sad state of affairs.”

Making the job of driving more appealing is difficult when the focus for many operators right now is to simply get people in the driving seat. But fitting shifts around what drivers want is a way forward.

Some drivers prefer longer hours and some shorter, and Craig says the company tries to accommodate that preference where it can. In terms of demographics, the operator manages to attract a relatively broad spectrum. Some older drivers join to escape the stress of larger companies. But equally the company employs a number of young drivers, including Craig’s own son, Jake Temple, who recently became one of the industry’s youngest drivers at 18. Craig is keen to support young talent, but it does not come without its challenges. Insurance is one; a policy age limit of 25 means the operator’s youngest drivers can only be insured on third party. Not only does this lessen the appeal of hiring younger drivers for operators, but it can also deter young drivers who may be asked to pay for any accident damages if the worst was to happen.

But Craig has taken it upon himself to do what he can to bring young people into the business: “I was only 19 when I took my test. An operator in Leeds took me on when I had virtually no experience. It took the plunge, so I think I owe it to the industry to do the same – you have to give people a chance, and if you can’t bring new blood into the industry, we will get nowhere.”

A matter of distance

In Llanrhaeadr-ym-Mochnant, on the Wales-Shropshire border, Tanat Valley Coaches reveals that driver recruitment is becoming increasingly difficult. The operator is based 13 miles outside of its local town, Oswestry, and 17 miles from the nearest Welsh town, Welshpool. The challenge is getting people to travel that distance. Outside of new premises or bigger incentives of pay, which has the knock-on effect of driving prices up for passengers, it is difficult to entice drivers down.

“It’s about trying to empower
drivers to feel like they are part
of the team and the success
of the company. Without the
drivers, we are nothing”

Trying to be a good place to work and a location that people want to work at is therefore one of the best incentives. “We’ve been going 100 years, it’s a family business, so we can understand our drivers better and make adjustments a lot more easily,” says Transport Manager Trevor Wellsted. “If someone needs time off, or needs a day to swap, we do everything we can to help them have a work-life balance. And then it’s a case of listening and getting drivers involved. It’s about trying to empower drivers to feel like they are part of the team and the success of the company. Without the drivers, we are nothing. Hopefully that develops a culture and gives them pride in the business and helps them enjoy their work.”

The operator has received a good response to its latest recruitment drive. It takes on drivers with car licences and funds training for them, and until three years ago used to run Driver CPC courses. It is looking at developing those again.

Training has had its advantages, and some of Tanat Valley Coaches’ best success has come through recruiting younger drivers. But attracting them remains a challenge, according to Trevor. He suggests that part of that is down to how driving as a career has been perceived. He reveals that some would argue that driving was a more respected career in the past. Why attitudes have changed is difficult to pin down, but changing travel patterns and the historic shift for the majority from bus travel to car travel may explain it. “The image of the bus driver as a career is more prevalent among the older generation, which obviously needs to change,” Trevor adds. “As funding becomes available for newer buses and people in the community take more pride in the bus, that would obviously improve the image of driving as a career. And it is a great career; you meet wonderful people, have a laugh, help the community, and get fulfilment out of it.”

Both Trevor, Craig and Nick are in agreement that apprenticeships for drivers would be an excellent entry point for young people to enter into the industry. Tanat Valley Coaches has even looked into the possibility of apprenticeships, but distance is once again a concern, with the closest relevant college being over two hours away.

For now, Tanat Valley Coaches will continue to teach recruits the skills they need and fund the training itself. A lack of financial support from government to encourage such training is, Trevor concludes, a shame. He believes in the value of a career in driving: “There are a fair amount of young people who would benefit from being a bus driver and benefit from seeing what this industry is all about.”