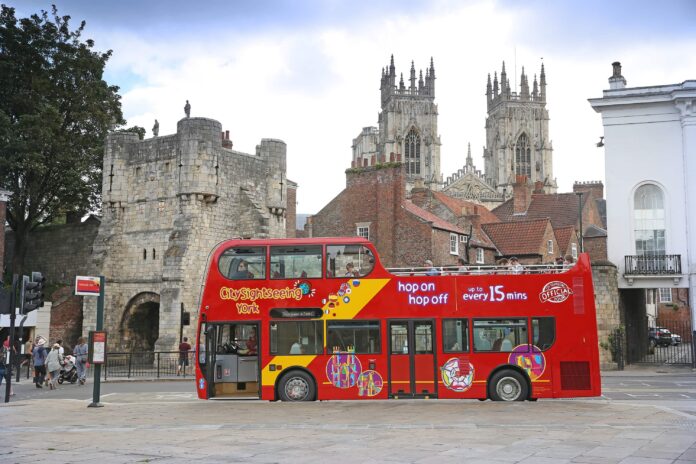 Transdev is to double the frequency of its York City Sightseeing services from Saturday (8 August) in response to rising demand.

Buses will now run every 15 minutes instead of 30. Buses had to be doubled up on several departures this week to meet a surge in demand while maintaining safe social distancing on board.

Transdev CEO Alex Hornsby says the City Sightseeing York buses, which were recently awarded Good to Go status by Visit England, play a vital role in the city’s economy, and has welcomed the growth in passenger numbers.

“With demand increasing every day, it’s the right time to double our service to run every 15 minutes – making City Sightseeing York’s red tour buses the most frequent as well as the friendliest way to safely discover our beautiful city,” he adds.

News routeone Team - 2020-09-18
Production is underway at Sunsundegui for a further 30 accessible SC5-bodied Volvo B11R coaches for Northern Ireland operator Translink. The 12.5m coaches are a...

News routeone Team - 2020-09-17
Coach insurance specialist McCarron Coates has suggested ageism is a key factor behind a lack of government support for the UK’s coach sector. The firm...

News routeone Team - 2020-09-17
Geotab, one of the world’s largest telematics providers, has announced the availability of its Truck Solution for Europe, expanding access to a suite of...