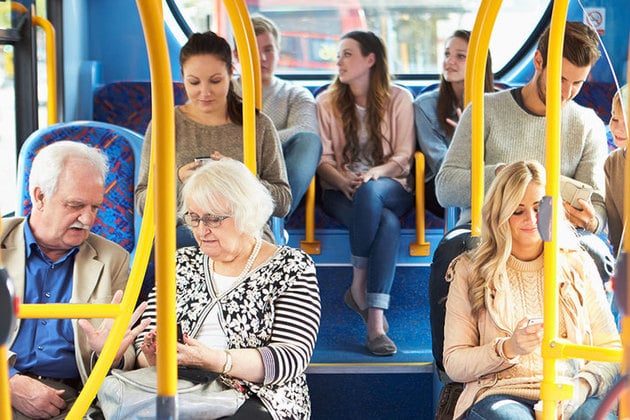 Transport software provider Trapeze believes that scheduling according to demand will feature strongly in the bus industry’s future. Gavin John, Product Manager for UK and Northern Europe, explains the thinking behind the concept

Recovery from COVID-19 was never likely to be easy or straightforward for the public transport industry. We have endured ridership at an all-time low – and the current lockdown will place yet more strain on the sector.

Even with the promise of vaccination starting to be fulfilled, uncertainty will remain part of our lives for some time. In these circumstances, the stark reality is that we simply cannot afford to run our buses in the same way that we did in the past.

I believe that there is an urgent requirement to radically overhaul existing processes to maximise bus network efficiency. But the good news is that I am certain that we now have tools that will enable us to do so.

For decades, bus networks have operated in much the same way, with buses running on pre-planned routes at scheduled times or intervals. There is nothing wrong with that – when the services are well aligned with demand.

However, when demand becomes scarce, variable or less predictable – as it has over the past year – a different approach may be required.

It is vital that we are not driving inefficient or unprofitable miles.

To do that, we need an approach that I like to call ‘demand scheduling’.

I have been working on this concept with colleagues for the past few months, and we have identified two ways in which we can make operations more demand based.

Existing legislation enables operators to run flexible services. By applying flexibility to traditional fixed routes, we can ensure that some parts only run when there is demand – which passengers can indicate via an app, with advance payment to prevent abuse.

Though this may sound simple conceptually, in reality such ‘flex’ routes require a different way of thinking. Bus operators adopting this approach would need to move away from traditional schedules in favour of a headway-based timetable, similar to that operated in London.

By utilising automatic vehicle location data, operators would then be able to flex the entire network in real time, staggering arrival times to regulate service and in doing so ensuring that not only is live demand satisfied, but also that the overall network operates with maximum efficiency.

This approach would also benefit passengers, for whom the bus experience becomes much more demand based. It is rather like ‘hailing’ a bus – but one that is completely integrated within the wider transport network.

Not only can we make parts of a route flexible; we can also make entire routes flexible, dependent on demand.

Imagine a scenario where demand for a route is completely removed (for example, as we have seen at the moment in response to lockdown measures). With the likelihood of continued uncertainty for some time, this kind of scheduling would enable operators to reduce costs while managing variable demand.

The way to do this is to publish a specific route as ‘demand based’ and make passengers aware that it will only run when passengers require it.

The route can be registered as such with the Traffic Commissioner, indicating a ‘hail and ride’ approach.

Interestingly, in the Middle East, passengers use this kind of approach with interactive bus stops where they can ‘hail’ buses, as well as requesting a journey via an app from a smartphone or tablet, similarly to the tech that is currently available in the UK.

I believe that this interactive bus stop model would work in the UK’s dense cities, where small vehicles could lay over and be available to service multiple routes on demand. Such services, which would still use existing routes and stops, would effectively fill the grey area between today’s buses and taxis.

Turning a concept into a reality: Can you help?

Demand scheduling is a way of flexing a network that has previously always been rigid, enabling buses to be far more efficient and compete with ridesharing. Flexible services can be far more efficient, accessible and manageable. Meanwhile, passengers can feel empowered, in control and assured that they will never miss a bus again.

Three elements would be required to make ‘demand scheduling’ a reality:

My Trapeze colleagues and I are in the process of identifying a UK bus operator to pilot this technology. If you are interested in helping to validate this concept and transforming the way bus networks run, myself and my colleagues would be delighted to hear from you.

Gavin John - January 26, 2023
Wrightbus has appointed Steve Jackson as UK Sales Manager. It represents a return to the Ballymena bus builder after almost five years away for...