Reading Buses Employee Director Mark Adams has been recognised as the man behind the Black History Month celebrations at the company, which are now in their fifth year and continue to contribute to dialogue on the company’s equality agenda.

Every week during October, Reading Buses is shining a light on black, Asian and minority ethnic (BAME) employees, who are encouraged to share their experiences and culture. The celebrations came about when Mark, whose parents had both emigrated to Britain from the Caribbean, approached the company with an idea to celebrate employee diversity back in 2015.

Mark, who joined Reading Buses as a body shop apprentice in 1986, says attitudes have changed considerably since then – when ‘open racist remarks’ were commonplace.

By 2009 he was chosen to become a BAME representative for the company and in 2014 Mark was elected as the nominated Employee Director for the Board.

“With the information gained from these positions I began to communicate with the company, the Board and the union to move the equality agenda forward,” he says.

Mark continues to contribute to the dialogue on equality and says there is still work to be done. “There have been a lot of changes for the good within the company on all equality strands and I shall continue to work with the company and staff members to ensure this great work continues,” he adds. 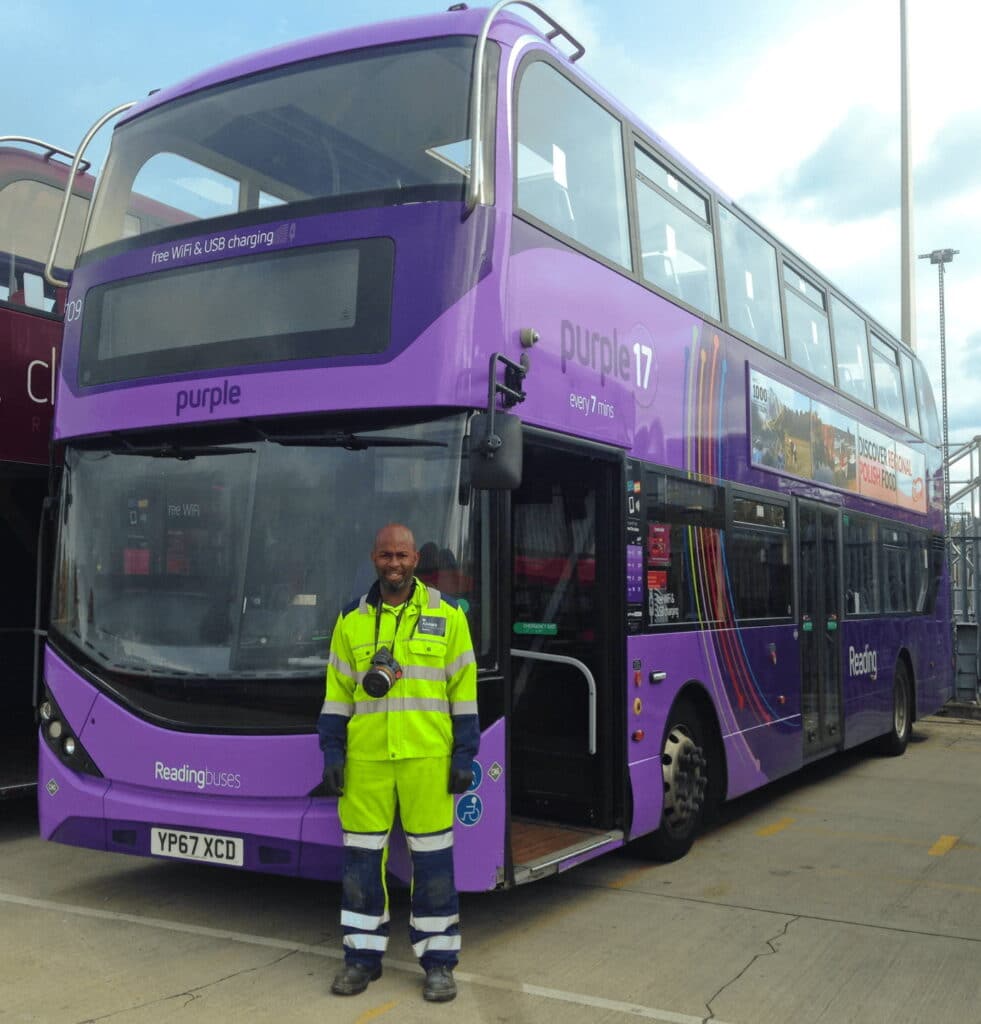