Home Features Traffic Commissioners: ‘We are more relevant than ever’ 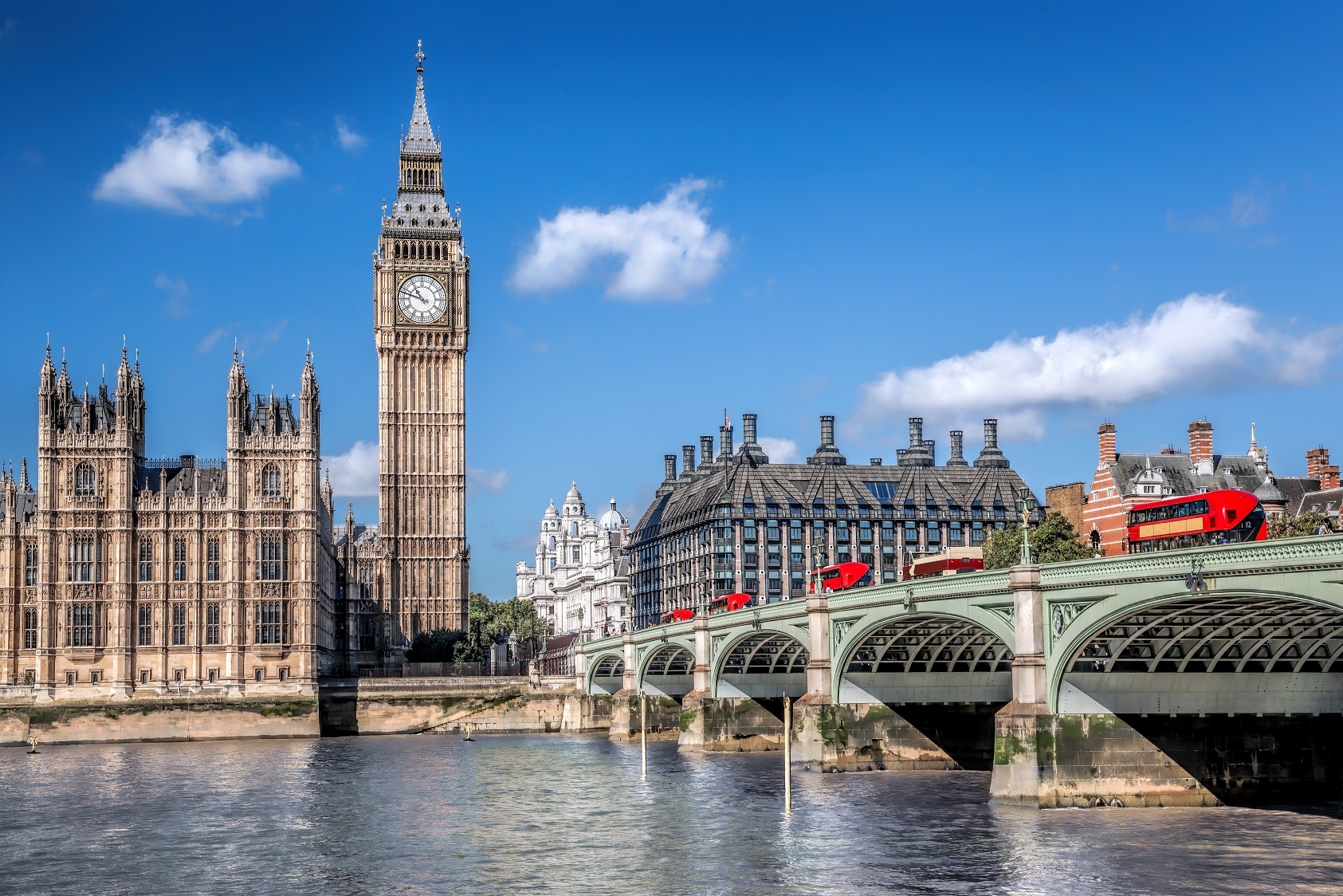 Throughout the COVID-19 pandemic, the Traffic Commissioners (TCs) have quietly been busy in the background. Their most visible work has been an advice document that covers topics from bus service variations to financial standing and returning mothballed vehicles to service. First issued on 18 March 2020, the document is now on version 13.

But the TCs have been doing a lot more besides, and their efforts have largely been appreciated. That was shown in the aftermath of comments made by outgoing DVSA Chief Executive Gareth Llewellyn to the Transport Committee on 25 November 2020. He called TCs “anachronistic.” The industries they regulate disagreed with him and sprang to the Commissioners’ defence.

Also among Gareth’s controversial words was a suggestion that the TCs are no longer required. That is strongly refuted by two relatively recent additions to Team TC. Claire Gilmore took up the role of TC for Scotland in February 2019, while Victoria Davies became the TC for Wales a year later.

Both Claire and Victoria firmly believe that the role of the TCs, and the teams that support them, has been of great benefit in assisting operators through the current storm. They also believe that TCs have a vital contribution to make to a responsive, agile regulatory system in the future.

Claire and Victoria each come from a legal background. Claire has also spent time working as an engineer. Each has brought fresh knowledge to the table. But they agree that when the pandemic hit, engagement with operators and stakeholders immediately became key to plotting a course through uncharted territory.

“TCs have tried to rapidly publish guidance and get simple instructions out to the industry in what is a complex and ever-changing set of circumstances,” says Claire.

“That has been our MO: To get information out there and to support operators where we can, using our limited statutory levers. That has taken a lot of our time, and it continues to do so.”

As TCs for devolved nations, Claire and Victoria have the additional responsibility of engaging with the Scottish Government and Welsh Government, respectively. “That is one of the reasons why there have been calls for a dedicated TC for Wales,” says Victoria. “The Welsh Government sees it as important that I work with it and other stakeholders on transport in Wales.”

While Claire and Victoria’s roles are slightly different from those of a TC in England, much of what else they do is common with their six colleagues. Claire describes the group as “collegiate,” with a wide variety of skills and areas of specialism. Regular virtual meetings have taken place throughout the pandemic.

TCs have also been conducting much of their work with industry virtually during that time. Some Public Inquiries (PIs) have been held via Microsoft Teams, although that medium is not always suitable, such as in a complex case or one where a judgement of credibility is required. Preliminary Hearings have also been conducted online, as have Driver Conduct Hearings (DCHs).

Claire and Victoria each see potential for some work to be handled virtually post-pandemic. DCHs benefit most from that approach. They are usually simple and short and centres on a single issue. Claire questions whether it is reasonable to require a driver to travel from Orkney to Edinburgh for a 15-minute hearing.

Some PIs may also suit being held online in the future, such as those that relate to a licence application and not potential disciplinary action. There must be a balance, says Claire. But she is open to utilising technology to deliver a better service.

“In Scotland I have a geographic imperative to do so, as well as needing to take a view of delivering the best return on licence fees.” While the phrase may be well-worn, she believes that from challenge comes innovation. “For me and my fellow TCs, there will be a blend going forward.”

Transport Manager (TM) refresher courses and O-Licence awareness training have also been delivered virtually over the course of the pandemic.

Nick Denton, Traffic Commissioner for the West Midlands, leads on training issues. He worked closely with course providers to agree criteria for TM refresher tuition and attended several demonstration courses to be satisfied that they worked as intended.

As a newcomer to the TC role, Victoria has participated in a TM refresher course. “It was impressive and it worked well,” she says. However, the long-term effectiveness of a virtual approach to training will need more evaluation. Claire agrees. She says that TCs will not accept any impact on courses’ quality if they are moved online. A balance is required in this area too, she adds.

A key ask of TCs to government has long been tribunal rules for PIs. Other first-tier tribunals, including those relating to asylum, employment and immigration, have rules. “What tribunal rules do as a base legal position is give certainty,” says Claire. As an example, they lay out when any documentation must be submitted.

Defined rules for a PI would make things clearer for all concerned. Claire advocates their introduction because of that clarity they would bring. As the process would be formalised, it would potentially allow streamlining in some cases.

A further revision to PSV O-Licencing that TCs support, and one that is underway, is the introduction of provisional licences.

“That is not necessarily a door into the industry that can be opened rapidly, but there are real benefits to provisional licences,” says Claire. “They should help existing operators to realise business opportunities more quickly.”

While TCs welcome changes to the regulatory regime that allow both themselves and compliant operators to work more efficiently, they remain governed by what the law allows of them. Tribunal rules and provisional PSV O-Licences each lie within central government’s remit, and it alone can make those changes happen.

So too can only ministers bring change to a contentious part of the regulatory landscape: Restricted PSV O-Licences. They occupy a disproportionate amount of TCs’ time that could be better devoted to the seriously non-compliant.

The legislation that governs those restricted PSV O-Licences is complicated. When one is applied for, the presiding TC must consider case law and ensure that many criteria are satisfied before grant. That can lead to a lot of work and time before a decision is made. On average, a restricted PSV O-Licence takes 77 days to process, against 44 for a standard application.

“It can be difficult for potential restricted PSV O-Licence holders to understand the main occupation criteria,” says Victoria. “A level playing field and the safety of passengers is crucial, which is why we spend a long time reviewing restricted licences.”

TCs also put great effort into scrutinising existing restricted licences to ensure that their use remains appropriate. Such a time burden imposed by a segment that represents a small proportion of the overall industry suggests that there would be benefit in central government examining the restricted O-Licence regime.

“It would be good to reflect on what they were intended for in the first place,” adds Claire. “They were created to be ancillary, such as where a hotel wishes to transfer guests. But they have turned into a different beast.”

That is not to suggest that either Claire or Victoria believes the concept of a restricted PSV O-Licence should be abolished. Far from it.

“There is a case for them,” says Victoria. “But they have morphed over time, and perhaps are not being used in the way they were originally intended.”

A positive early impression of the industry

Although Claire and Victoria are both still relatively new to the TC role, they have seen enough of the coach and bus industry to know that the overwhelming majority of the people within the sector regard it as a point of pride to do the job properly.

Both would welcome the addition of more women to transport. Victoria notes that the proportion of female TMs is pleasing, but Claire believes that an area which would benefit from further focus on gender balance is the driving profession.

“The contribution that drivers have made during the pandemic – and the disproportionate impact on them that has come with it – is something that we should all be grateful for,” she concludes. And so, too, for the TCs’ efforts in helping to pilot the coach and bus industry through the most difficult of times.

Call for evidence issued on D1 and C licence proposals