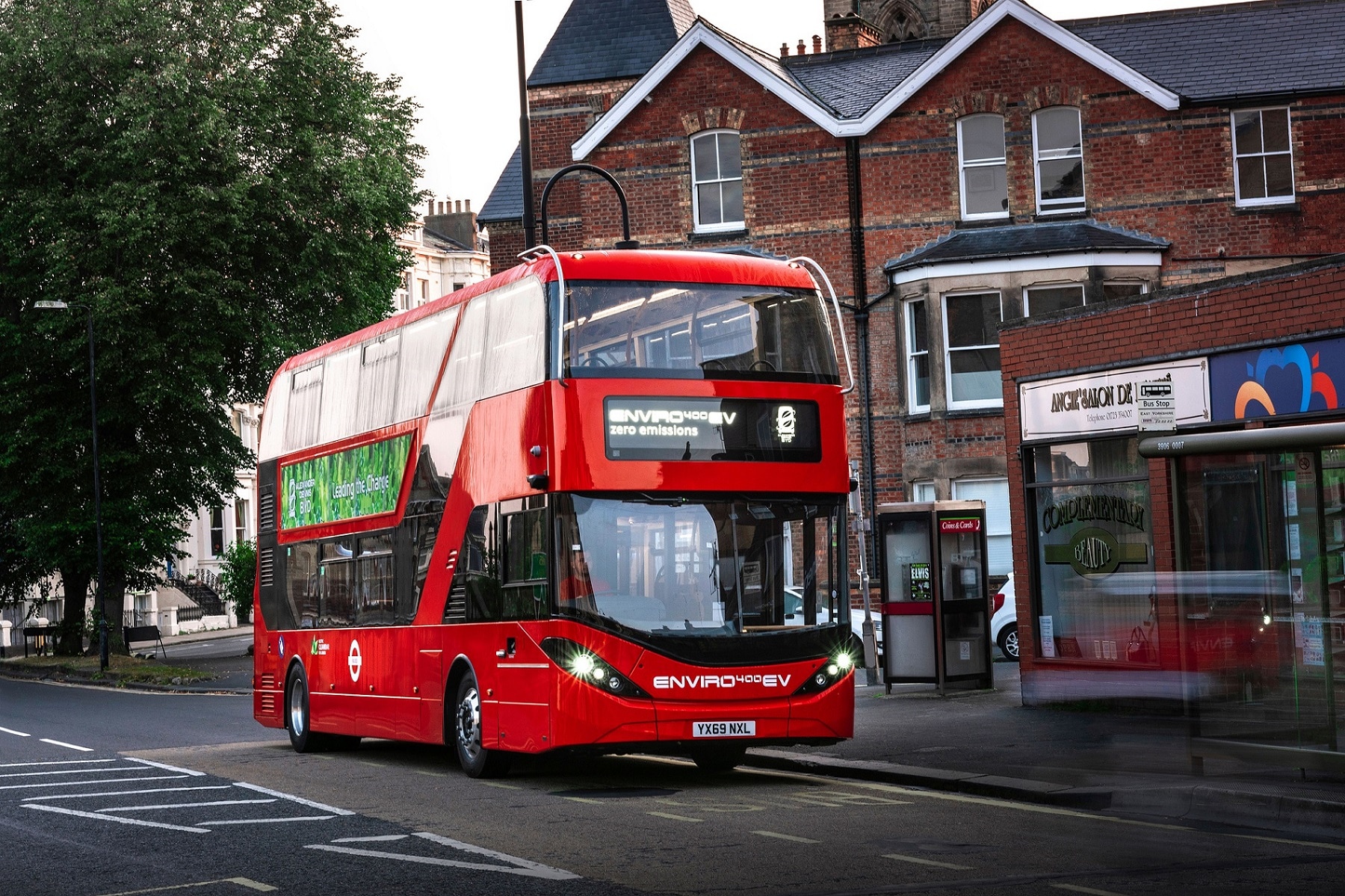 Deliveries will begin in summer and will include 68 Enviro200EV single-deck buses (including 21 compact 10.2m models) and 127 Enviro400EV double-deck buses.

The vehicles will operate from RATP Dev London’s Fulwell, Harrow and Shepherd’s Bush depots, where they will join 36 existing BYD ADL single-deck buses that have been in service since 2018, and 29 double-deck buses delivered last year.

The order reinforces RATP Dev’s commitment to supporting Transport for London’s (TfL’s) electrification plan for London’s bus network. That was a key objective of the Mayor of London’s Transport Strategy for 2018, which set out a switch to zero exhaust emissions across the London bus fleet by 2037.

According to Catherine Chardon, RATP Dev London Managing Director, the operator will contribute by running 15 zero-emission routes by the beginning of 2022, and five of its garages will be converted to electric, positioning it as the “leading electric bus services provider in the city”.

“Electrification is a critical part of our business and partnership with TfL,” says Ms Chardon. “We launched our two first 100% electric routes less than two years ago, as well as London’s first fully electric 24-hour double-decker bus route last year. We are proud to work hand in hand with TfL to help London achieve its sustainability goals.”

Some 400 BYD ADL electric buses have now covered over 20 million zero-emission miles in the capital, while the latest intake for RATP Dev London takes to 300 the number currently on order.

BYD UK Managing Director, Frank Thorpe, says: “Naturally, this is a hugely significant moment in the development of the BYD brand in the UK. Public transport in the capital often provides the blueprint for other towns and cities and the fact that a major operator like RATP Dev is making such a substantial commitment to eMobility will, I believe, resonate with local authorities across the UK.

“The increasing electrification of routes by TfL operators is delivering long-term productivity to their fleets and real environmental benefits for Londoners.”

Adds ADL President and Managing Director Paul Davies: “RATP Dev London’s record order is a resounding vote of confidence in our British-built electric buses and ADL’s proven ability to tailor these to authorities and operators’ requirements. These buses will build on our pioneering work in support of TfL’s Bus Safety Standard with a focus on safety for drivers, passengers and other road users.”