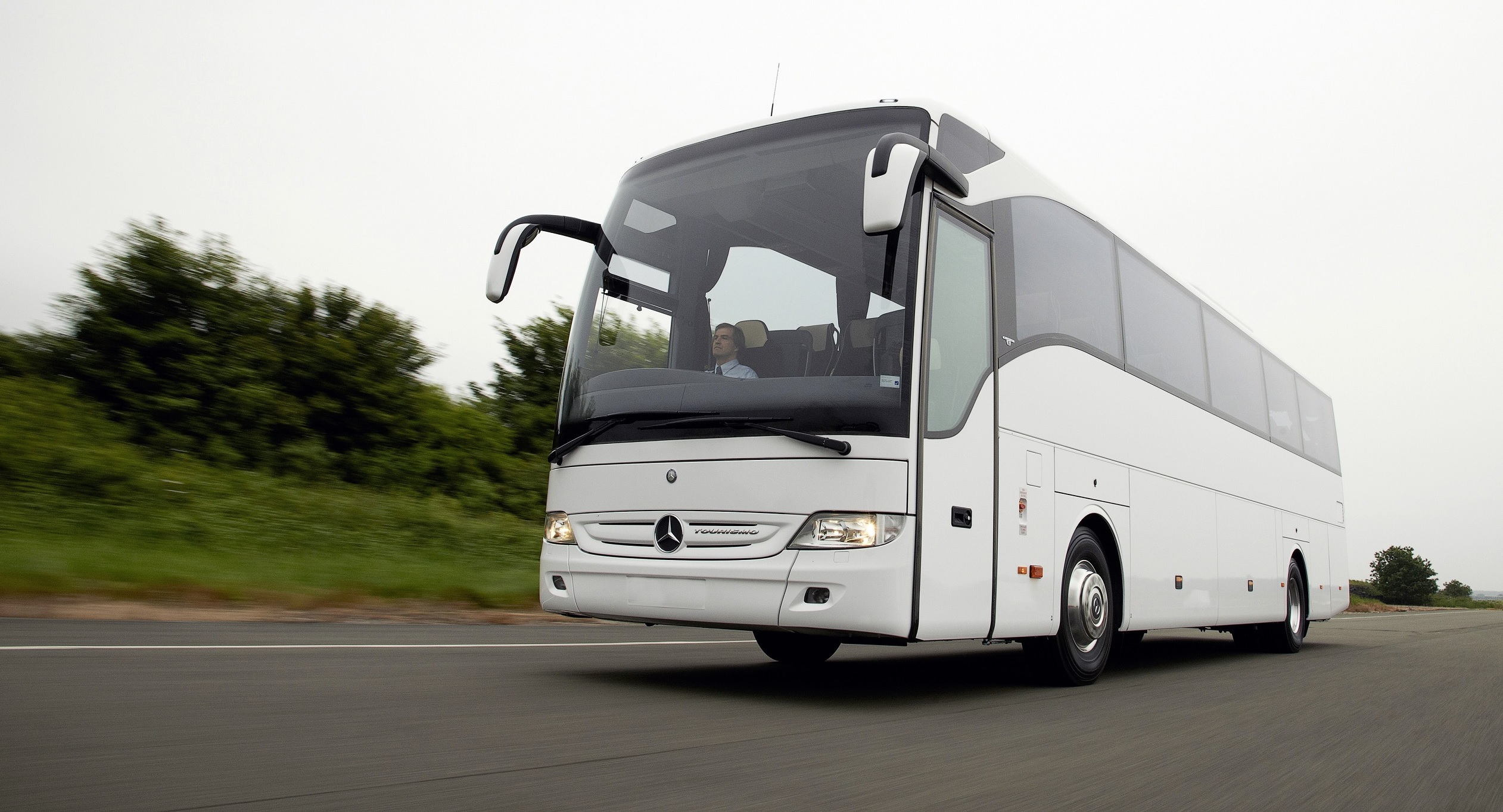 EVM is to carry out PSVAR conversions on the Mercedes-Benz Tourismo. It says the step has come about after interest from operators, dealers, asset funders and leasing companies along with an expansion of its premises in Kilbeggan that will create space for the work.

Conversions will initially be done on the previous model Tourismo in both two- and three-axle form. Preparation is underway to extend the offering to the current Tourismo range – introduced in 2018 – with a likelihood that such coaches will be eligible for the conversion programme from the turn of 2021.

Work will involve a cassette lift from PLS being mounted at the front of the luggage bay. An extra door to mate with the lift will thus be installed immediately behind the front axle. EVM will also modify the locker door as required, fit front, side and rear displays and handle certification.

Within the cabin, a reinforced floor structure and aluminium tracking will be fitted. Two seat pairs will have quick-release NMI legs to provide a space of 1,500 x 900mm for the wheelchair user. If required, EVM can fit longer tracking to allow more than one wheelchair user to be carried.

Engineering Manager Cosimo Facecchia says that a “careful study” of the Tourismo has been carried out ahead of production starting.

The conversion “in no way” affects the coach’s structural integrity. “Our offering will be as close as possible to a well-finished OEM solution and it will be aesthetically pleasing,” adds Mr Facecchia.

Managing Director Danny McGee says that EVM chose the Tourismo to kick off its PSVAR conversion programme because of the model’s popularity in the UK market. As part of the work EVM can also repaint coaches in-house.

Scope to expand conversions to other coach models, says EVM

EVM does not rule out offering PSVAR conversions on other coach models, adds General Manager Ivor Jones. But initially its focus in on Tourismo.

“There is a considerable investment in testing, set-up and glazing to get a level of finish that matches an OEM’s. We see this as a good opportunity to maximise the use of a recently vacated factory at our Kilbeggan site. That building was once used for the maintenance of coaches so we know it will work well for this project.”

As part of the work EVM will offer collection of the coach from the customer’s premises and a delivery service once the conversion is complete.

EVM says the conversion process will take four weeks from start to finish. It will have a capacity for up to 16 units per month when work is in full flow. Several slots for December and some for January are already accounted for. Conversions booked now will be completed in the last week of January 2021 or the first week of February, says Mr McGee.