Regional Director North for Stagecoach Michelle Hargreaves has revealed that she plans to retire in July 2022 after a 35-year career with the company.

Michelle started her career with Stagecoach in 1987 as a Cash Clerk in Blackburn. She then held a number of managerial positions before becoming Managing Director at Stagecoach South West in 2008.

In her 35-year career with Stagecoach she also held the roles of Managing Director in the East Midlands and in the East of the country before becoming Regional Director with responsbility for Stagecoach’s bus and tram operations in the North of England.

As part of the business change team, Michelle has also worked on developing a strategy around people development and employee wellbeing.

Michelle has also served as a role model for women in transport, having won the 2017 FTA Everywoman Transport awards Passenger Award Leader. She has also been recognised as one of the top female role models in the North, being named on the Northern Power Women Power List 2020.

Her other fond memories include setting up Stagecoach’s 192 Manchester service in the 1990s, whereby she along with commercial colleagues recruited the necessary staff and launched the service from the Ford Car Centre at Bredbury. It would become one of the busiest routes in Britain.

“I vividly remember at my first interview being told the company wasn’t looking for a woman  – and I was determined to prove them wrong!” Michelle says. “I’m very proud of the career I’ve had with Stagecoach, and have been given some fantastic opportunities- including the highlight of learning to drive a bus and automatically getting a car licence, with licensing laws being very different in the late 80s.

“It’s now the right time for me to move onto the next phase and I’m looking forward to spending more time with my husband and enjoying my retirement.

“I believe there are lots of exciting opportunities to come for the bus industry and with the great team we have at Stagecoach, there’s a bright future ahead. I’ll miss all the people here but will continue to watch the developments in the industry with interest.”

Martin Griffiths, Chief Executive of Stagecoach adds: “Michelle has been a valuable and key member of the Stagecoach team, and we are lucky to have had the benefit of her skills and experience over more than three decades.

“I have really enjoyed working with Michelle and will very much miss her input into the business. I know everyone at Stagecoach will join me in wishing her all the very best for a relaxing and well-deserved retirement.”

Recruitment for a new Regional Director North at Stagecoach is underway. 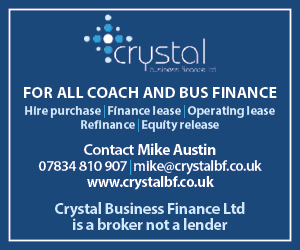