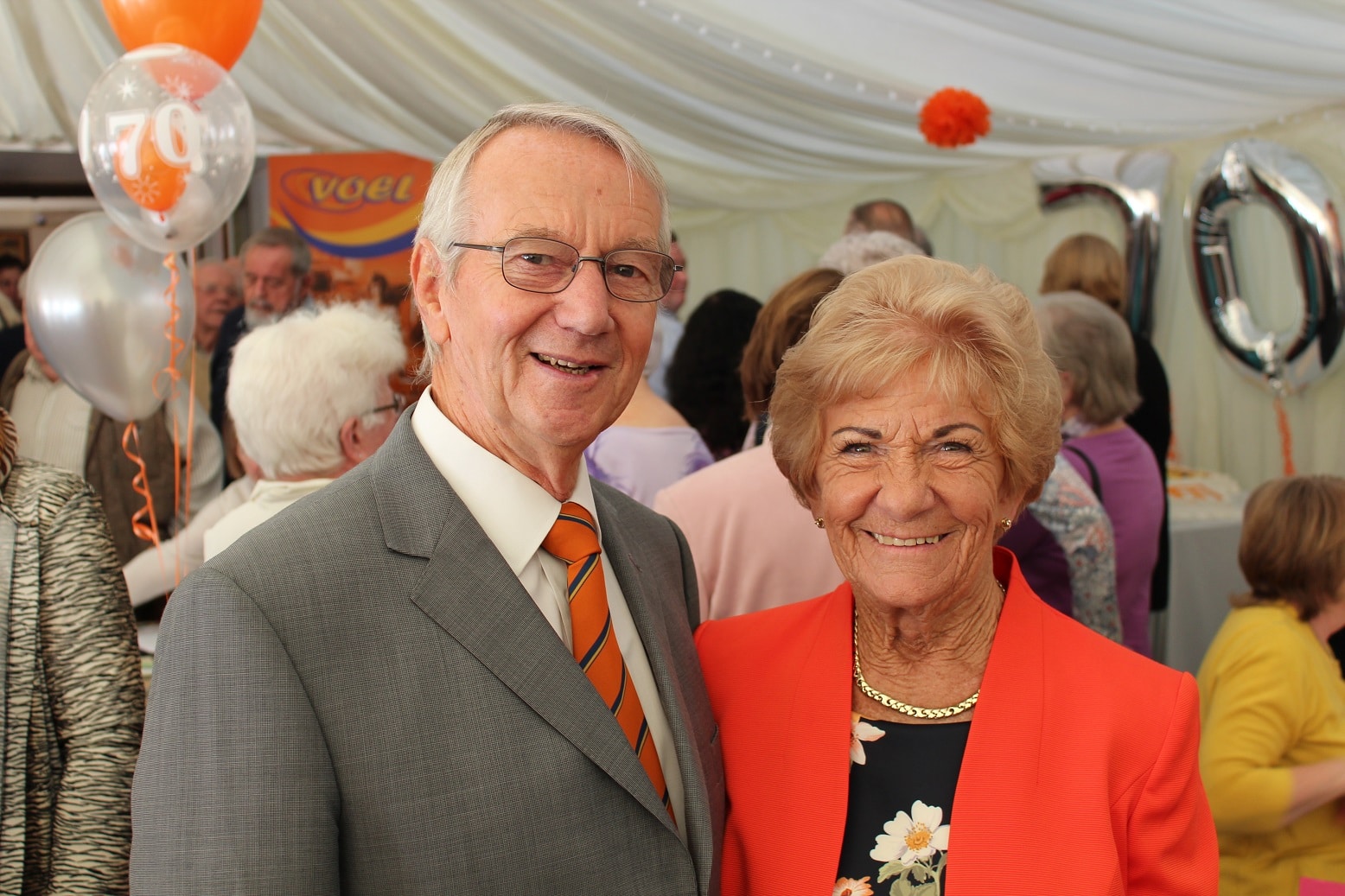 With 70 years behind it, North Wales operator Voel Coaches reflected on its achievements at an anniversary celebration – while having good reason to look to the future with a great deal of optimism

It speaks volumes when a business can fill a marquee with customers and former employees for a celebration to mark a notable anniversary. Not only does that signify its enduring popularity, but also its innate ability to survive.

Such is the case with Voel Coaches, which started and grew up in the predominantly Welsh-speaking town of Dyserth, near Prestatyn.

Although boasting a population of just 2,269, Dyserth has nonetheless proved to be an ideal location for operating coaches. It is within striking distance of a string of coastal resorts from Llandudno to Prestatyn.

All are popular with holidaymakers from Greater Manchester and Merseyside, while the operator is also on the doorstep of Snowdonia National Park.

Important sources of employment, including those at Broughton and the Cheshire town of Ellesmere Port, lie no more than 30 miles away from Dyserth.

Voel Coaches started with Bedfords in 1949

The business began in 1949, when founder William Kerfoot-Davies made the transition from trucks to coaches. He relied in the main on trusty Bedfords operated out of a local limestone quarry, behind which is Moel Hiraddug, the hill from which the Voel name is derived.

Removing stubborn lime deposits from vehicles was just one of the many obstacles to be overcome as the business became established to the point where it made a move in 1967 to more spacious (and cleaner) premises on Longacre Road on the edge of Dyserth. Here, on the A547 between Rhuddlan and Prestatyn, it has grown to its current fleet of over 30, operated with an O-Licence for 38 discs.

Although destructive dust generated by the quarry was undoubtedly a nuisance, it pales into insignificance when compared to the other challenges met over the seven decades of Voel’s existence, including economic downturns, changes in travel trends and a family split.

Celebrating the past at 70th anniversary event

Nevertheless, the founder’s son and daughter-in-law, Melvyn and Mavis Kerfoot-Davies, had nothing but fond memories to relate when they joined their customers and employees for a 70th anniversary celebration held on Tuesday 26 February on the coast at Prestatyn’s Lyons Nant Hotel, three miles from Voel’s Longacre Road base.

Melvyn and his brother Stuart joined the business in the late-1960s, taking over when their father died in 1969.

Although perhaps stimulated by the presence of several now-retired drivers and by a rolling slideshow of pictures from yesteryear, memories of those early days prompted Melvyn to relate a string of anecdotes.

The romance of those trailblazing journeys could not be ignored, and Melvyn was soon an established driver. He remembers taking the firm’s 1967 Duple-bodied Bedford VAL on an Alpine tour, which resulted in a confrontation with the local police that cost him a 50 franc fine.

Fortunately, it proved to be worth every franc, because the police helped in preventing anxious moments with oncoming vehicles on the narrow, snaking pass that had Italian Job-style potential pitfalls.

Mavis also obtained her PSV licence at an early age, joining Melvyn on many jobs, including a private hire from the aerospace factory at Broughton to Toulouse. “I remember that well,” says Melvyn. “That’s where we saw the first French Concorde being built, and the tests that were conducted to find suitable tyres.”

A mixed fleet in the current day

Although Voel has eased back on its continental coach tours in favour of promoting cruise or air holidays, it maintains a front-line coach fleet of Neoplan Tourliners that were bought new or second-hand, plus a 2014 Scania OmniExpress purchased new.

Voel’s flagship is a recently-acquired former City Circle Scania Irizar i6, painted in allover orange and adorned with 70th anniversary vinyls. A valued contract for the local rugby union club provides additional work for these coaches.

The remainder of the fleet is a mix of Dennis, MAN, Scania and Volvo coaches that reflect the fact that home-to-school services form the backbone of Voel’s business.

All carry a version of the orange-based livery introduced following an experiment on a 1971 Duple-bodied Bedford and retained “because it stands out.”

A handful of eight-seat minibuses and double-deck buses used on school contracts are in as-acquired liveries.

Having this mix of work has proved to be a wise policy. Not only has Voel withstood the severe knocks of the 1992 and 2008 recessions, but it overcame the potentially seismic financial shock of the mid-1990s when Stuart Kerfoot-Davies left the business.

A limited company was formed subsequently by Melvyn and Mavis as directors, along with their daughter Michelle, her husband Martin Higginson and nephew Geoffrey Ashton.

With third-generation safety installed, it was only a matter of time before further young blood was introduced, such that today the business has a healthy mix of experience and youth influencing future developments.

Looking to the future: Continuing community links are the key

One clear sign that Voel is up to speed with modern trends is the extensive use of social media to promote its activities. It was principally through Facebook and Twitter that it informed its customers of its 70th anniversary event, while customer videos from trips away among regular promotional postings keep interest in the company alive.

All of this activity is aimed at forging close links with the local community. It also strengthens the tours, excursions and private hire revenue that has been stepped up to counter the decline in one-time traditional work carrying holidaymakers on trips to Snowdonia, or workers to Deeside.

Further initiatives, such as encouraging support for an annual charity (£215 for Scotty’s Little Soldiers was raised at the anniversary event), or engaging local schools in a competition to design a cover for the 2019 tour brochure, provide further evidence of that strategy, while the enthusiastic support for Voel’s 70th anniversary can only encourage belief that it is working.

Meanwhile, Voel Coaches remains first and foremost a family business. Melvyn, 77, and Mavis, 75, may be taking more long holidays, but they are still actively involved.

Indeed, Melvyn keeps his hand in by doing school duties and the occasional theatre trip.

“I love driving,” he says. Their daughter Michelle, 55, and son-in-law Martin, 57, are fellow directors helping to drive the business forward, while several other members of the family including nephew Geoff, 61, have important roles. And with six grandchildren, there’s always scope for fifth-generation involvement.