Home Environment Decarbonisation of coaches – how close are we? 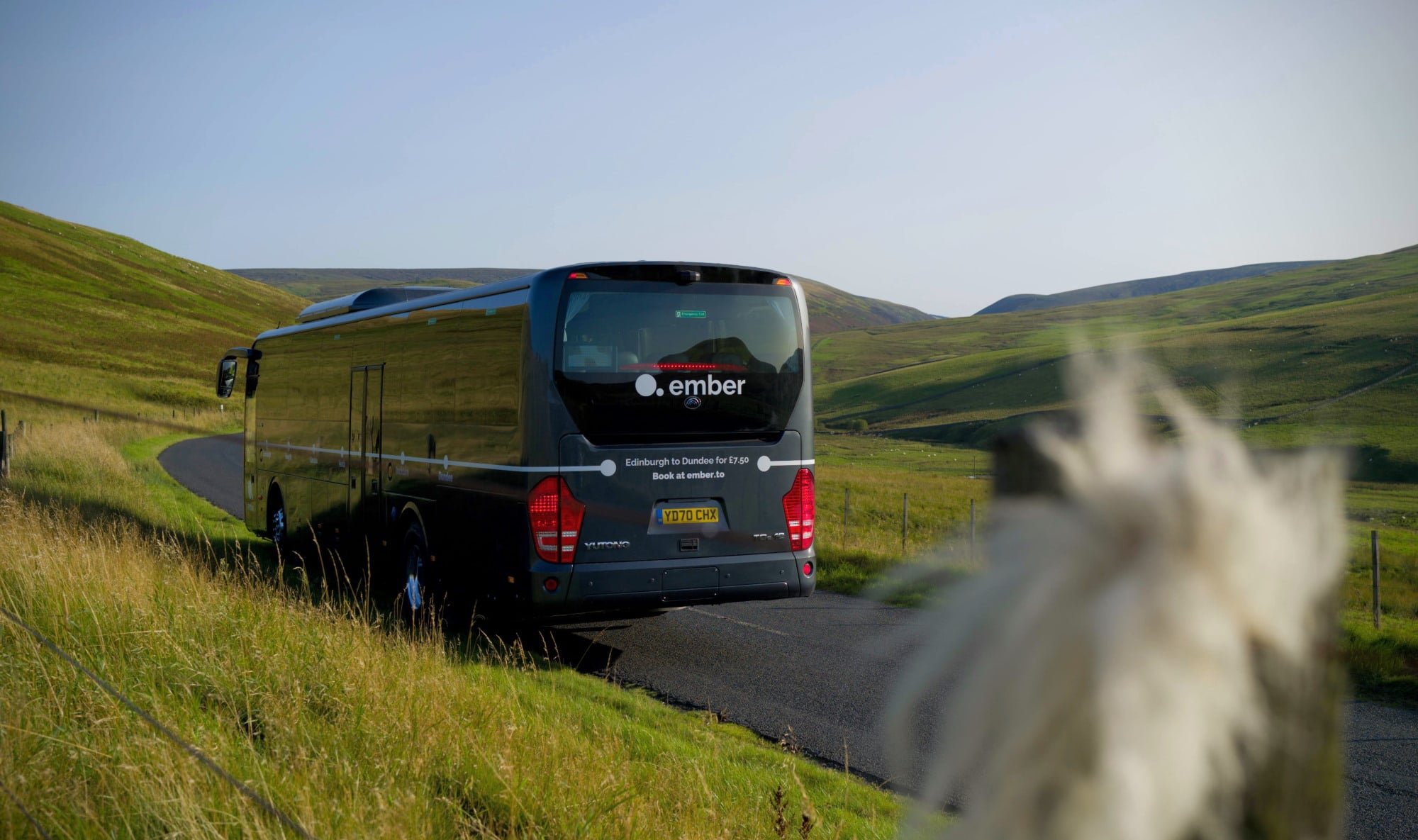 Much noise was made towards the close of 2021 around the decarbonisation of the UK coach fleet. What will operators need in practical terms?

The launch of the Confederation of Passenger Transport’s coach decarbonisation taskforce at the close of 2021, alongside the trade body’s accompanying online conference, left an obvious hint of the pressing need for the decarbonisation of the UK’s coach fleet.

It also left many unanswered questions for some operators. The pressure to decarbonise coming from above has already brought discussions around infrastructure, cost, and the electric vehicle (EV) knowledge gap. But for those on the ground, what are attitudes towards the practicality of switching over to electric operation (whether by batteries or by hydrogen fuel cells) in the current climate?

Operating coaches on a mix of duties is Mark Hodgson of Coatham Coaches. Mark is by no means against the idea of electrification – he has had interest from a number of corporate clients for zeroemission (ZE) coach travel. But he admits such aspirations are not yet on the table for school transport. In order to facilitate such a switch, not just adequate funding, but a change of mindset is needed.

“We have been approached by corporate providers who we work shuttles for to see if [electrification] is something we could look at for their contracts, but that’s because as corporations and companies they have carbon targets to hit by 2035,” he explains. “I know it’s been mooted by some bus companies that they have been speaking to the private school sector, and that’s where they think the demand might come from for ZE school transport. But we haven’t heard anything directly.”

Mark reveals that even Euro VI is not yet firmly in the vocabulary within the context of school transport, so the prospect of ZE seems to be a long way off. Contracts are price sensitive and the cost-benefit surrounding PSVAR has already put many operators on tenterhooks. If another price increase is demanded to account for electrification, Mark suggests operators could well be “laughed at”.

The upside is that corporate clients have offered to help Coatham Coaches “bridge the gap” in the move to electrification for some of its fleet, either by providing point-to-point charging stations on their routes, through increased rates, or by extended contracts. The latter would be of importance for future investment in EVs used on school transport. ”We’re going to start needing school contracts of seven to 10 years in order to pay for that,” Mark believes.

After funding, there are of course operational and practical issues to consider, particularly for smaller operators. Range will likely not be an issue for school transport, at least. “If we just do dedicated home-to-school services with EVs, range isn’t an issue,” Mark says. “It only becomes an issue when a coach is placed on private hire and lives multiples lives.

“But most coach companies tend to be smaller operators that might share premises, and might even only have a parking area. So the issue becomes about charging.”

Besides concerns around the practicalities of installing charging stations in such environments, work will need to take place between trade bodies and the power grid in order to see how the latter will accommodate an adequate electrical supply to coach companies. routeone understands at least one coach operator was quoted approximately £50,000 by the grid to provide infrastructure, and that was before considering the purchase of a vehicle charger.

“Smaller operators and family businesses are going to struggle to afford the price for a battery-electric coach, and then put their hands in their pockets for another £50-60,000 for a charger, if there are no increased rates or grant funding,” Mark points out.

This brings the question of what happens if bus companies, which qualify for grant funding for both ZE vehicles and charging infrastructure, then compete on the same contracts coach operators are bidding for. In that case, a level funding playing field will be needed between coach and bus operators.

One problem according to Mark is in the mindset that coach companies have long cascaded coaches from high-end touring work down to school work. He believes that that is beginning to gradually change. “Coach operators are now investing in new coaches directly for school work, particularly placing those with PSVAR compliance directly onto such contracts,” he says. “Contract rates are going up and they are sometimes justifying the expenditure. It’s just a challenge to make sure those vehicles have a multi-use and we can make them pay.

“Every contract needs to stand on its own two feet now. The financial mentality might have changed, and that’s why we may see investment in the coach side.”

“When we started, we spoke to loads of financing companies. One told us: ‘We know electric coaches are the future, but we don’t want to be the first to finance them’”

For those looking to electrify corporate client work, Ember has already taken the plunge to running an all-electric commuter service between Edinburgh and Dundee. Ember has been operating now for almost 15 months and co-founder of the service Keith Bradbury suggests other operators considering the shift to electric reach out to him if they have any concerns about the processes that need to be put in place.

Keith acknowledges that there is a growing expectation on coach operators to switch to ZE transport coming from above, and that switch will not be easy. “It’s a big change. To make that switch you need to replenish a fleet with new vehicles, so financing becomes a challenge. When we started, we spoke to loads of financing companies. One told us: ‘We know electric coaches are the future, but we don’t want to be the first to finance them.’ That said it all to me – people like the idea, but not the practical side.”

Those attitudes may be changing but questions on residuals and batteries remain. Keith also highlights the knowledge gap when it comes to charging infrastructure. With battery sizes on electric coaches typically ranging from 300kW/h to 500kW/h, high speed charging infrastructure (i.e. substations) become necessary to keep charging times reasonable. Operators may find short-term leases on their property unfavourable for installing such infrastructure.

Then comes the managing of the day-to-day of EVs. One challenge is in the expectation of EVs to charge 100% of the time. “That does not happen,” Keith warns. “There are issues. Some of which are easily resolved, some which aren’t. But when your operation relies on these vehicles, you need to know they will be charged. A lack of consistency in charging performance – and this is not unique to us – makes it very difficult to plan. That brings a need for extra redundancy and back up vehicles. Manufacturers both on the vehicle side and on the charging side can be doing more to test and resolve these issues.”

But Keith says if minds were put together, those issues would not be difficult to solve. That can range from technical solutions such as rebooting chargers and restarting charging sessions remotely.

“And when they are solved, it’s not a huge leap for more operators to switch to electric,” he adds. “Once you understand the vehicles, infrastructure and the system needed to operate it, it is good. There’s not only an emissions advantage but a cost advantage.”

The accumulation of knowledge in an industry over decades can sometimes be difficult to appreciate and the cumulative knowledge of how best to operate diesel vehicles has been refined over a hundred years.

That depth of knowledge could be difficult to acquire for EVs, particularly when much of that expertise is kept within infrastructure and vehicle providers, but Keith believes it can and should be shared without an expectation for operators to become complete experts. “It requires a central body or a collective to come together and put out this information, and not only make sure it’s correct but understandable and digestible for operators and pitched at the right level,” he says. “There is a knowledge gap which is part of this, but also a systems and technology gap where, even if you know how to run these vehicles – such as anticipating how charge cycles will impact schedules and service delivery – the system for managing that is not available.

“The functionality of fleet management for diesel vehicles is there. We need that to come together to own and operate EVs too.”

So far, no-one has approached Ember to deliver on those systems. It is building the software and platform itself. “We’re putting in place a technical solution to allow us to monitor, resolve and deal with any impacts on the services we run. This is very much a ‘one operator learning by doing’ system and making sure it works for us.

“Our ambition though is that we can share our learnings and platform. That’s not something we’ll be able to do in the short term, but in the medium to long term, if there’s something we can do to help an operator turn to electric we would absolutely do that.”

Investment is going to be key to building up the knowledge base for EV operations. “It’s unfair to expect every operator to reskill to the point they’re effectively learning how to operate vehicles all over again,” Keith adds. “All of the knowledge of maintenance on electric coaches is not in the market generally. It requires partnership with manufacturers. There’s a big jump and that’s where there needs to be the knowledge base to let people upskill. But every operator doesn’t need to become an expert on charging infrastructure. That’s the right blend.”

There are mechanisms by which government can support the transition. One hindrance is the lack of an accessible scheme to incentivise a switch. Keith believes in a faster acceleration both from an emissions perspective and for society, even though it will be painful in the short term. “I am a proponent of taking on that short term pain to accelerate this transition so that the long-term benefits start to come through more quickly.

“A ban on diesel vehicles – and I know there is a lot of pushback because there is no roadmap on how to move away from diesel – would accelerate that push because it puts people’s backs against the wall.”

For operators like Mark, there needs to be a broad package around grant funding for infrastructure.

Keith meanwhile stresses that switching over to electric is not doing the impossible – but there is a need to understand all the steps involved and to access the information to be able to do it. “The daunting bit is access to the knowledge,” he says. “But when the ball is rolling, you can overcome the challenges along the way.”

DWS bid for Stagecoach set to progress as acceptance gained

routeone Team - May 25, 2022
A further VDL Futura FHD2 has joined Stanley Travel, supplied by VDL Bus and Coach UK. It is the fleet's fourth VDL, having followed...