Abbey Coaches (Darwen) has until the end of the month to provide financial evidence showing that is has sufficient finance for its eight-vehicle national licence or faces having it revoked.

The Blackburn-based operator had been called before Traffic Commissioner (TC) Simon Evans.

Vehicle Examiner Paul Wilson said that he carried out a maintenance investigation in November. Only four inspection records were available for the last 15 months. They were completed correctly apart from one with incorrect mileage.

The forward planning wall chart was not up to date. In the last five years, 10 vehicles were inspected at the roadside with one delayed and two immediate prohibitions being issued, giving a 30% prohibition rate compared to the national average of 18%.

It appeared that drivers were either not carrying out adequate daily checks or were not recording defects.

Director Asif Din told him that he had only recently taken the company over and that he had only received limited paperwork. However, he would have expected Transport Manager (TM) Terence O’Neil to know where all the records were kept. He accepted that the prohibitions were issued before Mr Din took over.

Mr Din said that he did not think he should be at PI for what the previous directors and Mr O’Neil, who left on 1 May, had done. He had spent money on systems and putting trackers in the vehicles. The oldest vehicle had been checked on 16 May and given a clean bill of health.

He had bought the company with £20,000 worth of debt. There were zero assets and he paid £1 for the share capital. The then-Directors were going to hand the licence in, along with the licence of S&S Travel, after losing a big contract and he asked if he could buy the company off them, taking over on 15 September. The firm were now operating two vehicles.

In reply to the TC, Mr Din said that Mr O’Neil was the original owner of Abbey and he didn’t really supervise him.

The proposed new TM, Bill Ford, had worked for a number of PSV operators including Harris Travel. He was told that he was a good TM, so he tried to get him which he managed to do.  Abbey never had its own vehicles. It used S&S Travel’s vehicles and that company was the “money bags”.

All the maintenance records went to the finance companies when the vehicles went back to them. The future was bright. They were winning school contracts and the last of the debt would be cleared the following day.

Mr Ford said that he had resigned as Harris Travel’s TM as he was not happy with the way it was run. He had now applied to go back on the licence as the original Director had left and the business had been taken over by Mr Din.

The TC issued a warning because Mr Din had done insufficient due diligence before taking over with the result records were unavailable. 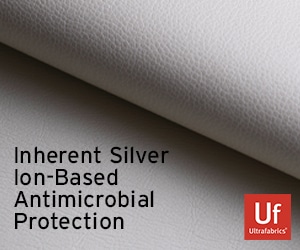