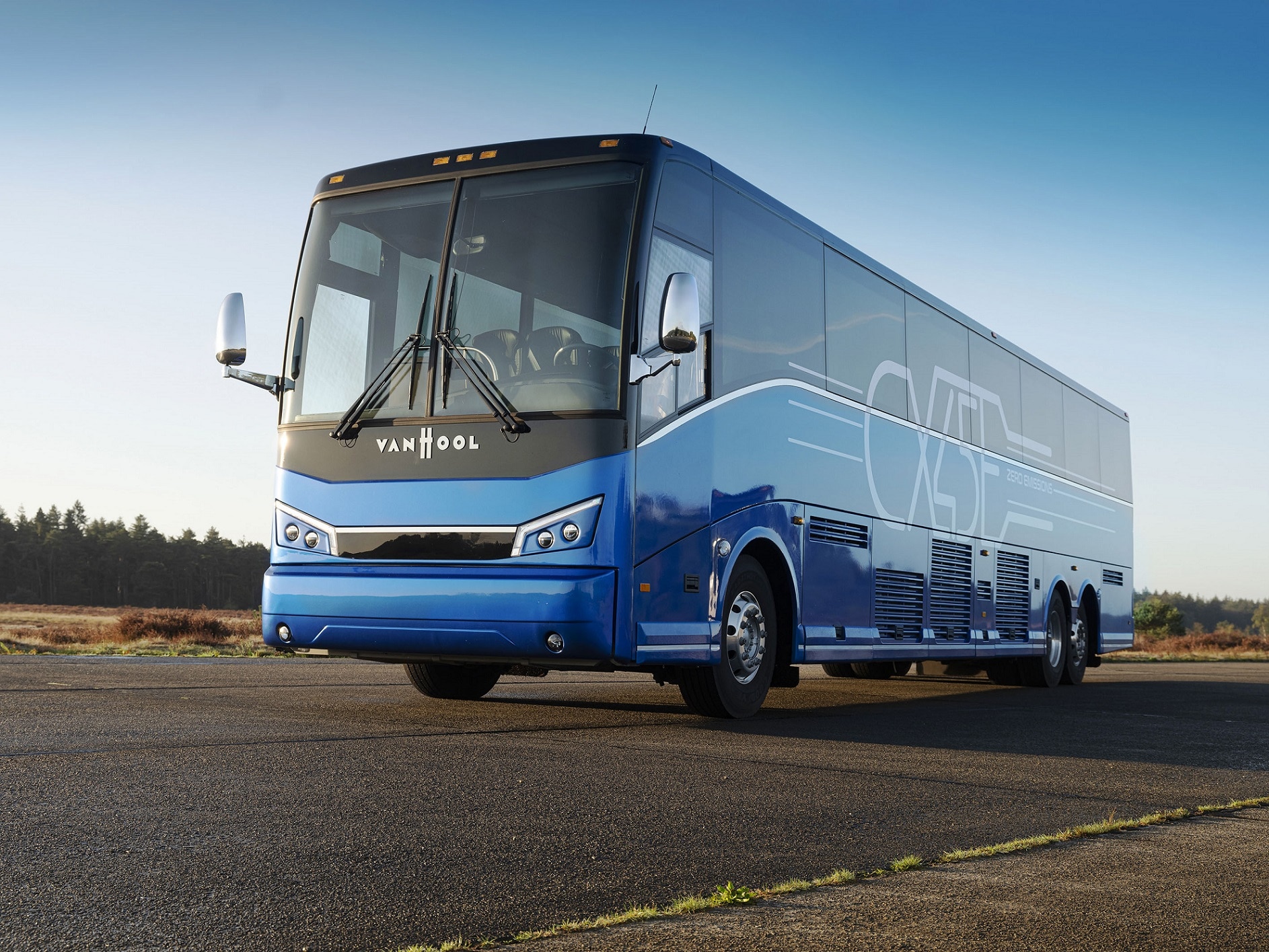 Van Hool is seeing “growing interest” from European operators in its battery-electric coach concept, it says. The Belgian manufacturer adds that it is ready to rapidly deliver such a product for Europe if that interest turns into firm demand.

CEO Filip Van Hool made the comments at the same time that the first battery-electric CX45E for the United States market was shipped. The CX45E, which was unveiled at Busworld Brussels in 2019, utilises Proterra E2 battery technology to deliver a range of up to 500km. It has 648kW/h of energy storage. At the CX45’s launch, Mr Van Hool said it would be “easy” to transfer its driveline into the European market.

10 more CX45Es will be delivered to the US in 2021. Van Hool expects that the battery-electric coach will find favour for commuter and scheduled services.

Mr Van Hool says that demand for a battery-electric coach in Europe “is not as prominent as in North America.” But he adds that Van Hool’s experience in developing the CX45E means that it is “ready to quickly deliver a solution for customers who are looking for such a product, if European interest becomes more pronounced.”

In North America, the CX45E will be supplied by Van Hool’s exclusive distributor ABC Bus Companies, Inc. Delivery of the model to customers there will commence after the 10 subsequent coaches arrive.

Mr Van Hool says that the manufacturer used its previous experience in electric buses when designing the CX45E. Over 1,000 buses powered by electric have been built by Van Hool.

Proterra has seen success with its range of battery-electric buses in North America. Its recently launched ZX5MAX single-decker has 675kW/h of onboard energy capacity and a 12-year battery warranty. Proterra’s E2 technology also powers two battery-electric Alexander Dennis Enviro500EVs that will soon be delivered to Foothill Transit in California.

routeone Team - January 27, 2023
National Express West Midlands (NXWM) has ordered a further 300 battery-electric buses. They are to be deployed across its operating territory and all will...