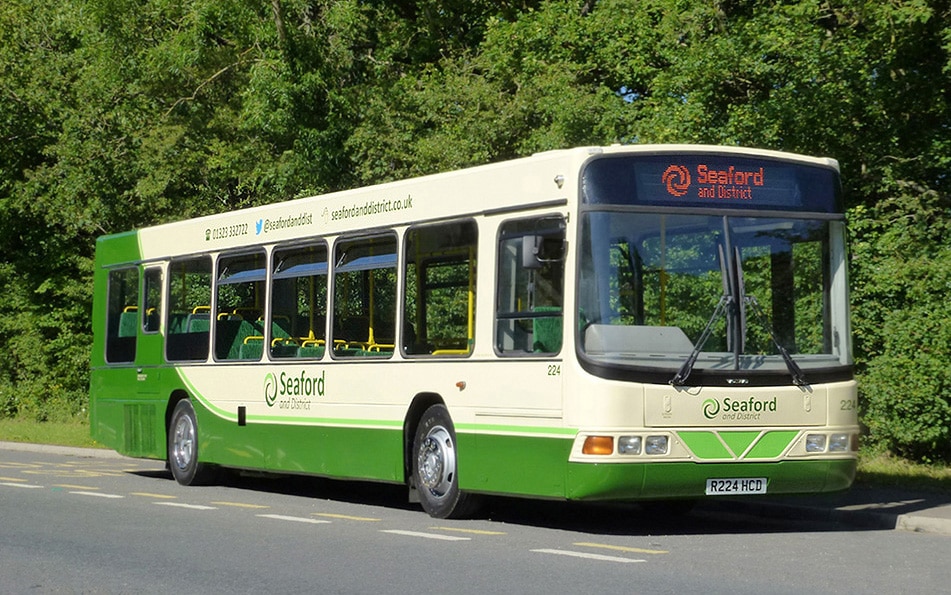 The Big Lemon has continued its growth with the purchase of the bus operations of Seaford and District for an undisclosed sum. It follows a deal between the two businesses in August 2020 that saw Seaford and District’s coaching operation sold to the Brighton operator, which combined it with its own coach undertaking to create Brighton Horizon Coaches.

Seaford and District’s bus operations will retain their own identity. Ryan Wrotny will take on responsibility for their day-to-day management as joint Managing Director of the Seaford and District and Brighton Horizon Coaches businesses.

Mr Wrotny will work with Group CEO and The Big Lemon founder Tom Druitt to ensure the “long-term health” of the Seaford and District business. In a letter to staff, Mr Druitt says that it enjoys “a fantastic reputation in the industry” and that he is keen to build on that.

Mr Druitt adds: “It is a great honour to be given the opportunity to take Seaford and District forward. The team spirit is clearly very strong, the fleet is smart and well respected and there is a huge amount of potential to grow the business further and improve bus services for the wider community in Sussex.”

In a letter thanking staff for their efforts, Seaford and District Director David Mulpeter says that the business “needs continual energy to enable it to grow further,” which feels he can no longer provide.

Mr Mulpeter founded Seaford and District in 2010. He built it into an operator of coaches, buses and heritage vehicles, including open-toppers. His decision to sell the coaching arm to The Big Lemon marked his first step towards retirement. Among Seaford and District’s heritage fleet is one of former local operator Southdown’s famous Leyland PD3 ‘Queen Mary’ double-deckers, which began its career on the south coast in 1967.