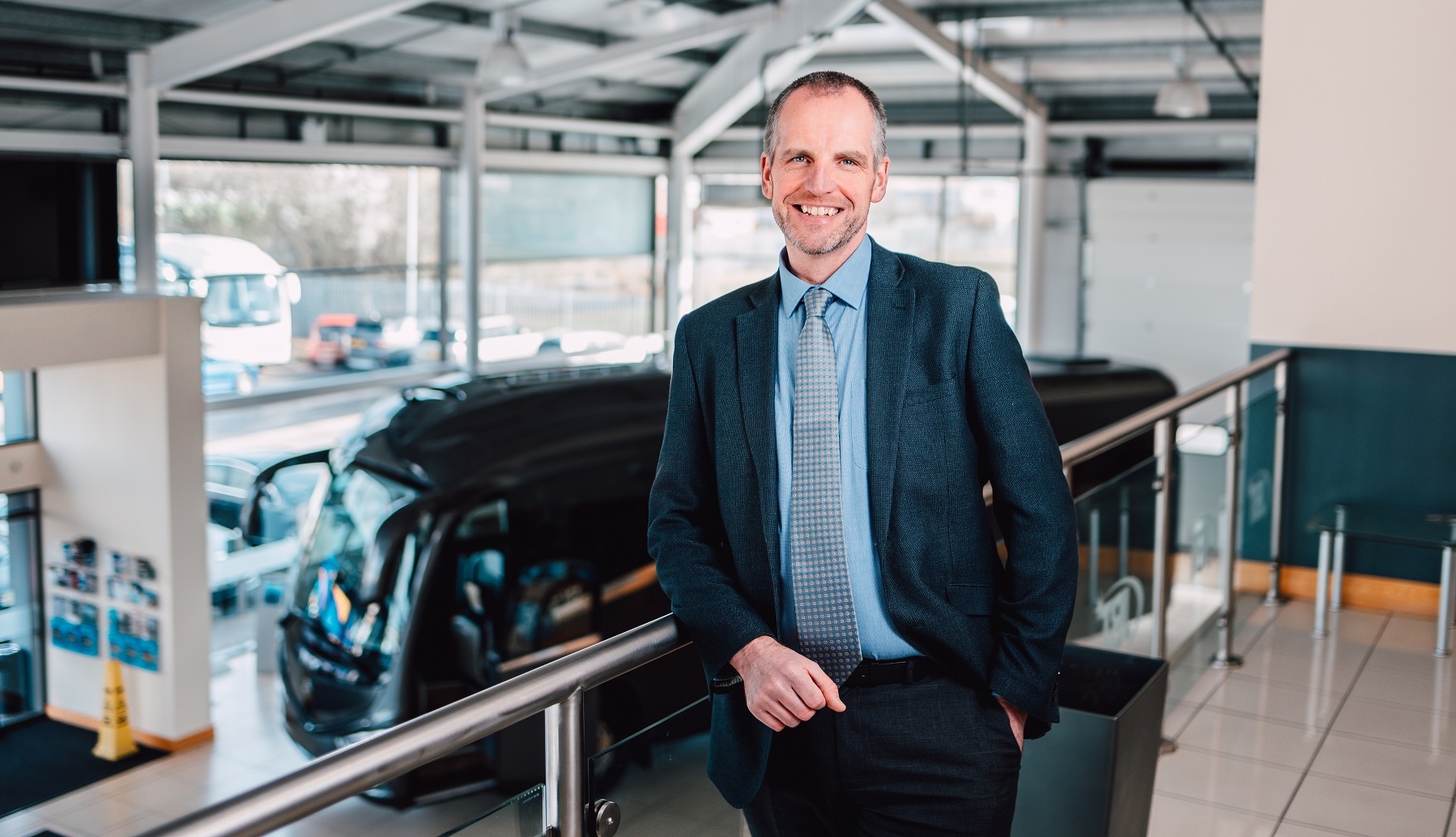 A year is a long time in the coach and bus industry and it has particularly been so since COVID-19 broke in March 2020, when Andrew Blundell became Managing Director of Irizar UK. Hopes of a prosperous and constructive year for the Worksop-based supplier of Irizar’s DAF-engined integral coaches and battery-electric buses were quickly repositioned as the virus hit.

Andrew first spoke to routeone in June 2020. The pandemic’s early impacts on Irizar UK were understood at that point. Additionally, many sectors of the economy – including some aspects of coaching – were starting to reopen. He had also met his first few customers in person.

“That was false positivity,” says Andrew. “As September gave way to October, it felt as though the country was going into something quite dark again. There was not a lot of optimism in the coach industry to hang on and see it through. From a business angle, nothing could be planned.”

During and around December 2020 was perhaps the bleakest period of the pandemic for the coach sector. That has now passed, but for many suppliers there will be no tap that is turned back on in early or mid-2021.

While it looks that coach tourism will serve much of the operating side of the industry well this year, manufacturers and dealers will need to wait for income to flow down to them in terms of vehicle orders. Andrew is one of several people on the supply side of the sector who believe that it will be Q4 before deals on new coaches are done in significant volume.

The most difficult of times during the pandemic “tore the coach industry open,” says Andrew. “Everything became visible. Problems became tangible. But on the other side of that we saw some strong characters shine through who showed that there is a real passion and desire to see the sector succeed.”

For Irizar UK, the immediate priority when COVID-19 hit was to protects its people and its business. Since then, the dealership has assisted customers as best it can.

As an example, many deliveries of new coaches that were scheduled for 2019 were postponed. Those vehicles have been ‘kept warm’ by staff at Worksop in readiness for when they are needed.

Irizar UK also joined the industry’s call on government for UK-wide sector-specific support. Andrew bemoans the failure of Westminster to act. He notes that coaching has almost a ‘dual target’ among political heavyweights; Department for Transport ministers are concerned with certain elements of it, while some tourism-related matters fall under a different remit.

“The coach industry is a very important sector that is key to making society function but which has no clear channel to government. Moving forwards, that needs resolving. All of the industry voices and trade associations need to ensure that they can get in front of the correct influencers and decision makers.”

A collapse in demand for coach travel since March 2020, coupled to a used market that had a surfeit of stock even before then, has caused many vehicles’ residual values to be “decimated,” says Andrew. For a dealer, that makes the task of arriving at a part-exchange valuation difficult. It also causes angst for finance companies when undertaking their calculations on a new agreement.

Irizar UK remains happy to look at renting examples of its new or used stock to operators if that suits their needs, whether that is for a defined period or on a rent-to-buy basis. “Almost anything is on the table, but that is not to say that we are going to join a stampede to the bottom of the market. That is not sustainable for anyone,” he continues.

“As an example, we would be happy to engage in a 12-month rental package whereby that contributes towards the purchase price of the vehicle. We are also willing to explore short- to medium-term rental packages.”

While the issue of a bloated used market will eventually right itself, Andrew believes that there is a channel for government assistance that could help both the industry and politicians’ mandates on air quality: A scrappage scheme of sorts, where operators are incentivised to upgrade to newer coaches.

That would help to resettle the used market by contributing to the removal of older vehicles and it would also create “a solid platform for used coach valuations,” says Andrew.

A different route to zero-emission operation for coaches?

Opinion on how most coaches will bridge the gap to zero-emission operation has thus far in some quarters been based on diesel-electric hybrid with extended engine-off capability before a later widespread transition to full zero-emission. Andrew is no longer convinced that that will be the ultimate roadmap.

The UK already has more zero-emission coaches in service than it does diesel-electric hybrids. But an agreement by all of Europe’s large commercial vehicle OEMs for their HGVs to go ‘fossil free’ by 2040 is likely to play a pivotal role in the next stage of the coach industry’s driveline development. Of relevance to Irizar UK is that DAF is a signatory of the agreement. To be achieved, those plans will need to be backed by a dense network of charging and hydrogen refuelling stations.

“The general sentiment now is that diesel-electric hybrid will almost be bypassed in coaches. I believe that the pace of technology will move so quickly over the coming decade that zero-emission will represent the next step,” says Andrew. “It is not possible to put a timetable on that, but the commitment made by all of the major European HGV OEMs is key. It could be the case that they will achieve the transition sooner than 2040.”

How any such move will affect coaches’ residual values remains to be seen. Andrew suggests that it could have a positive effect as operators scramble to purchase diesel models.

But he is clear that work from government will be necessary to support any transition; while locating infrastructure for coaches used on point-to-point services will be simple enough, political support and leadership will be required to establish charging or hydrogen refuelling stations in many areas.

While some of the coach sector has seen an overdue inflow of positivity since late February, many difficult weeks and months lie ahead before it is back on an even footing. But there is finally light at the end of the tunnel, and Irizar UK and its Spanish parent view the future with optimism.

“One coach holiday company has already stated that it cannot answer the phone quickly enough,” says Andrew. “That leaves everyone hopeful that we will witness a resurgence of coaching activity from April and May onwards and that we will see a strong summer.”

He agrees with Coach Tourism Association Chair Robert Shaw hat the 2021 season may be extended beyond its traditional end point. If that proves to be the case, and restrictions are lifted as planned, it may present a scenario where many operators gain six months’ solid income.

“But when we see coaches heading along the M55 to Blackpool, or the M5 to Cornwall, that does not mean that there will suddenly be a glut of orders for new vehicles.

“We, like all suppliers, need to bridge that, and we will do so by careful management and cost control,” adds Andrew.

“And most importantly, by being flexible with customers in how we work with them.”