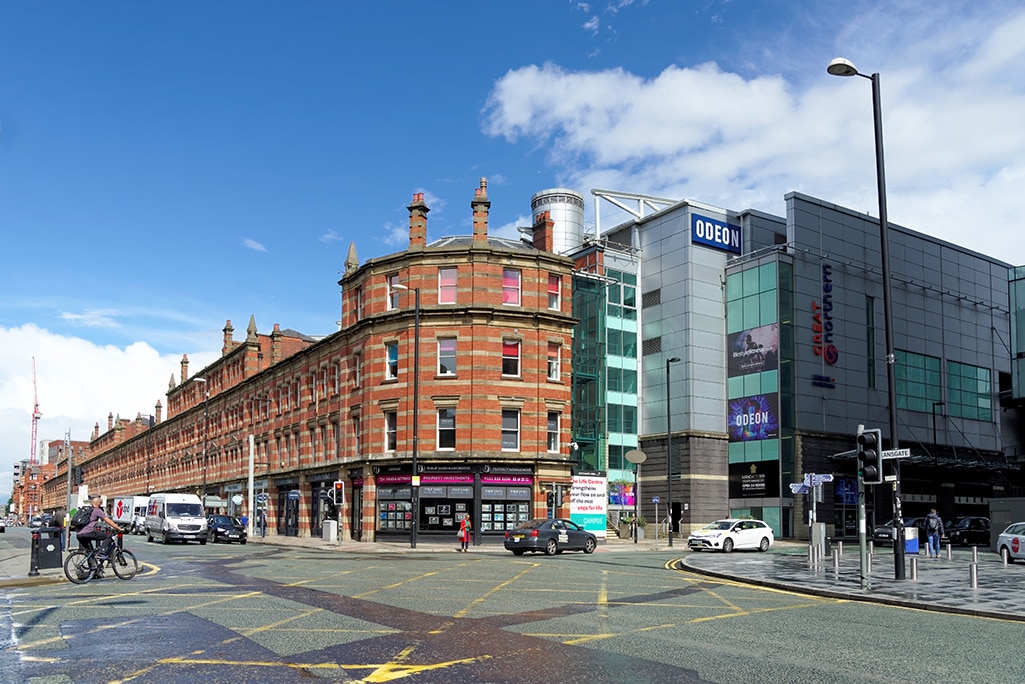 Diamond Bus North West (DBNW) has successfully forced Manchester City Council (MCC) to reverse a decision that led to the closure of a section of Deansgate in the city centre. The U-turn came after MCC accepted that two Temporary Traffic Restriction Orders (TTROs) related to the closure contained “manifest errors.”

The Rotala subsidiary has also received £42,000 towards its costs of issuing court proceedings for judicial review of the closure decision. MCC approached DBNW one day before the court hearing was listed with an offer to reopen Deansgate to buses. The offer of payment towards the operator’s legal fees was made after that.

Deansgate was closed between King Street and Blackfriars Street earlier in 2020 using a TTRO under coronavirus COVID-19 legislation. DBNW claimed that the TTRO was made to further MCC’s long-held objective of closing Deansgate permanently, not in response to the pandemic. It led to the firm’s buses having to take “circuitous diversions via back streets.”

DBNW was advised by Backhouse Jones. Says Solicitor Libby Pritchard: “If MCC is to close Deansgate permanently, it has to follow the correct process. That, among other things, will include a public consultation to allow interested parties to voice legitimate concerns, and the safety and mobility of passengers on diverted routes.

“During the proceedings, MCC accepted that the first two TTROs made contained manifest errors.

“Our application for permission for the decision to be judicially reviewed was accepted by the court on the basis that the application evidenced that there were grounds to show that the TTRO was made as a contrivance to further MCC’s long-term aim to close Deansgate to all traffic.”

The operator says that it requested meetings to discuss the Deansgate closure prior to beginning a legal challenge. They included with Cllr Angeliki Stogia, Executive Member for Planning, Transport and Development.

“It is incorrect to put the blame for this legal case on DBNW. We simply used the judicial system to raise a challenge to MCC’s unlawful act. It is embarrassing that MCC is trying to blame its error on us,” the operator’s statement continues.

Ms Stogia has refuted DBNW’s claims. She says that MCC believes that it has “acted properly throughout, with the best interests of both bus passengers and other city centre users at heart.”

Legal case ‘evidence of a need for franchising’, claim councillors

In response, MCC says it will accelerate the process towards permanent closure of the section of Deansgate that is at the centre of the row. It adds that Deansgate will be reopened “for as short a period as possible.”

Bizarrely, Cllr Stogia and Cllr Marcus Johns have used DBNW’s victory as grounds to encourage the public to back calls for the introduction of bus franchising in Greater Manchester. A second consultation into reregulation of services is currently underway. It closes on 29 January 2021.

Cllr Johns says that DBNW’s legal challenge “is yet another case of the need to move quickly with franchising buses” in Manchester. He adds that reregulation will allow MCC to “start putting people before profit and build a better future for our city.” No explanation of the precise link between MCC’s wrongdoing and a need for franchising has been offered.

Cllr Stogia adds that it is “extremely frustrating” that DBNW chose to challenge the TTRO. In a contradictory statement, she says that MCC should “be discussing bus routes in partnership with operators” before adding – in the same sentence – that the legal challenge is “another illustration of why we need to bring bus routes back under public control.”