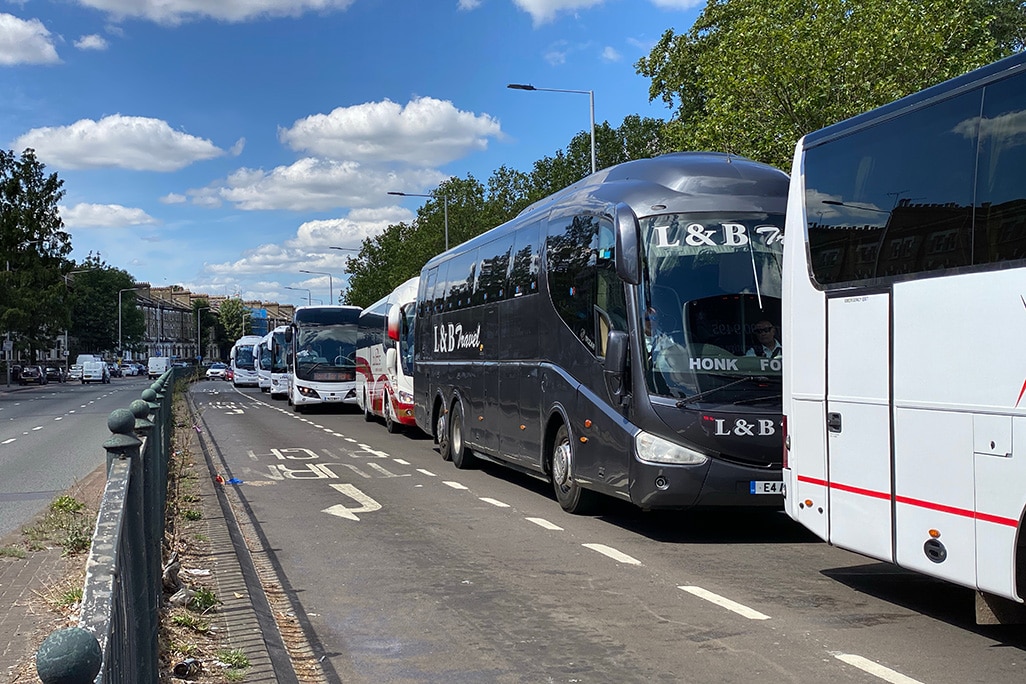 The possibility of a Greater London Boundary Charge being levied on vehicles that are registered outside the capital when entering has been raised by Mayor Sadiq Khan as he seeks to find a solution to the long-term financial health of Transport for London (TfL).

Mr Khan says it may be necessary to plug a hole created by the loss of revenue from fares if the government does not “play fair” and allow London to retain the £500m that is raised annually from vehicle excise duty charged to vehicles that are registered to addresses in the capital. The proposal is contained in a recently published Independent Review into TfL.

TfL officials have now been asked by the Mayor to investigate the feasibility of the charge. That work will involve the assessment of what vehicle classes it would apply to and any potential discounts, exemptions and mitigations. It could apply to coaches and other commercial vehicles in addition to private cars.

The “small charge” – suggested at £3.50 per day – could have “significant benefits in terms of managing congestion, reducing emissions and encouraging more use of sustainable transport,” says the Mayor’s office. Income generated would be invested into London’s transport network.

Mr Khan has powers to introduce road user charging schemes to facilitate the achievement of his Transport Strategy. The feasibility study to be undertaken by TfL would need to establish whether a Greater London Boundary Charge would be effective in delivering existing policy objectives while also providing income for the capital’s transport network.

‘Small charge’ could reduce congestion and raise £500m per annum

Estimates suggest that setting the charge at £3.50 for vehicles that are not registered in London could contribute to a reduction in weekday car trips across the Greater London boundary of up to 15% and raise £500m per year.

A public consultation would be required before the charge could be introduced. Also needed would be an amendment to the Mayor’s Transport Strategy. That would additionally be subject to consultation. Development of the scheme, consultation and implementation would take at least two years.

Existing infrastructure associated with the Low Emission Zone (LEZ) would be used to enforce the Greater London Boundary Charge if it was introduced. A tightening of LEZ standards for some vehicles, including coaches and buses, to Euro VI from 1 March 2021 was ‘baked in’ to an earlier government funding settlement with Transport for London, for £1.8bn.