Easylink Co-ordinator at Nottingham Community Transport Elaine Allitt (pictured) has been recognised with the Sir Robert Lawrence Award at the Chartered Institute of Logistics and Transport (CILT) Awards for Excellence.

The Award recognises those who have made an outstanding and sustained contribution to the profession of logistics and transport.

Since the pandemic began, Elaine has performed telephone welfare checks, sent flowers and cards, offered reassurance, and organised medical supplies, food hampers and essential shopping for customers. She was also at the forefront of ensuring Nottingham Community Transport’s most vulnerable users had transport for vaccinations.

“Everything that Elaine has done has been on her own initiative, because it is in her nature to help as many people as possible and I am so proud of her,” says Nottingham Community Transport Chair Andrew Grieve. “She is the real deal when it comes to empathy and understanding of need in the community. Elaine has stepped up at a time unprecedented in modern history where people have been so socially isolated and in need of support in so many different ways.”

Adds Managing Director Ian Combellack: “The past few months have also been difficult time for Elaine and the rest of the family as her baby brother has been in hospital suffering with COVID-19. Despite having her own personal problems to contend with, she has always put other people first before herself and she really is our hidden hero and we are delighted that she has won this award.” 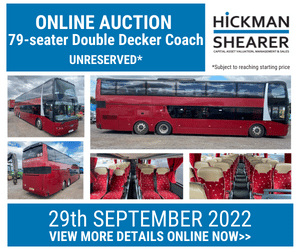