Home Features G&G Travel: An operator developing during the pandemic 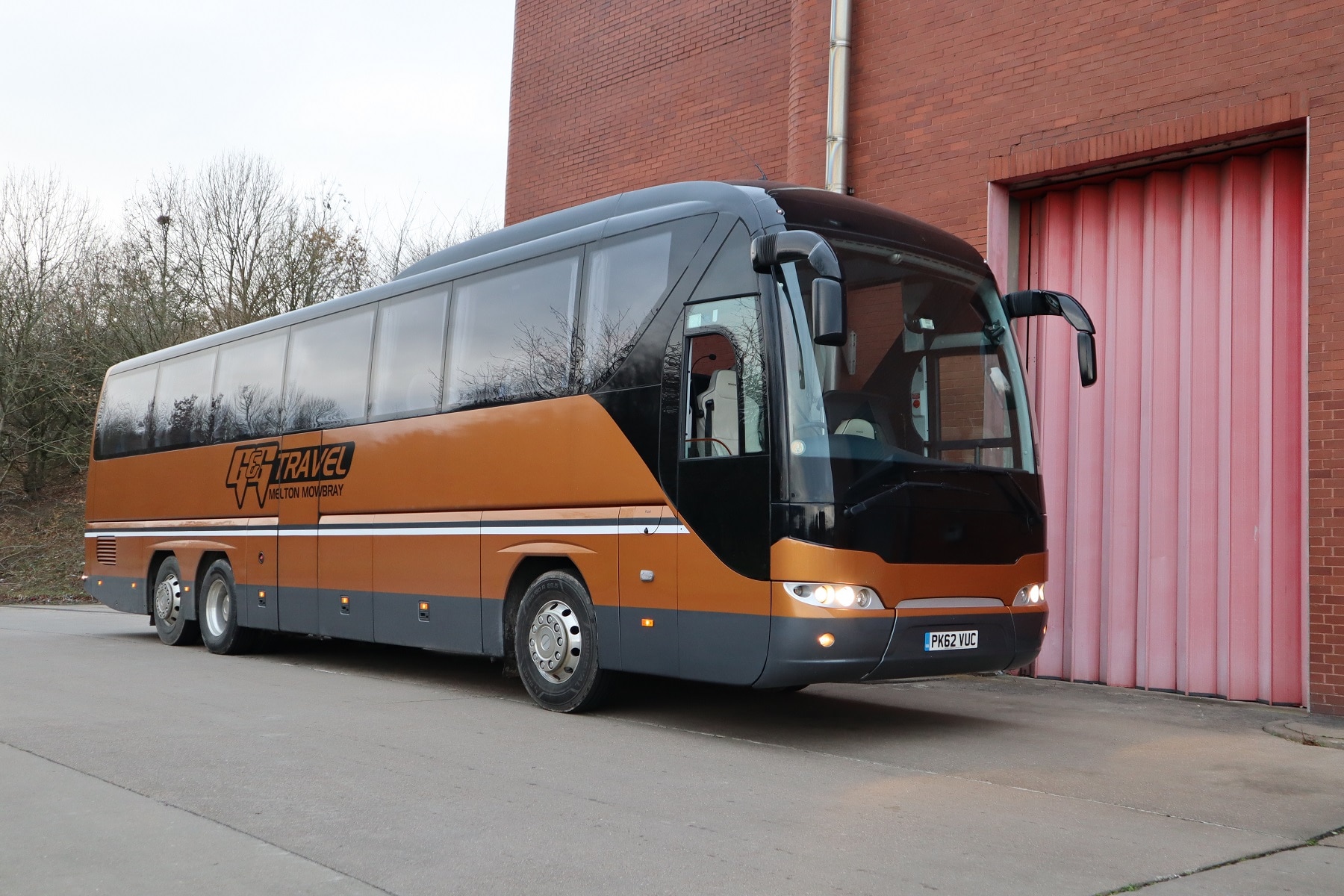 The coaching world has changed significantly since March 2020 – and that, perhaps paradoxically, is why G&G Travel of Melton Mowbray has developed over the intervening period.

As G&G Minibuses and with a restricted O-Licence for two vehicles, the business had been around for some time before coronavirus COVID-19 hit. Founded by John Hill of John Hill Coach Sales and named after his daughters Gemma and Georgina, G&G Minibuses was doing well. Then came the pandemic.

“We had work lined up for the months beyond that, all of which was cancelled. Coach sales dried up at the same time. Much of the industry closed temporarily when the nature of the virus became apparent. We were part of that, so we needed to look carefully at what came next,” says John.

Mindful that the industry would not be shuttered indefinitely, and also of the fact that the market for used coaches was tilted in buyers’ favour even before the virus, a 10-vehicle international O-Licence was applied for to allow expansion of the G&G Minibuses operation. An external Transport Manager (TM) – Colin Rowe – was engaged. The licence was granted three weeks later.

“Moving into operating full-time is part of our response to the pandemic. The industry has been hit hard, and that includes the sales side. Other than in certain types of vehicle, interest from customers there has slowed,” says John.

With that in mind it may sound odd to move into operation at the current time. But a long game is being played.

Among other elements, that tactic will leverage gaps that John believes will still exist when the economy recovers.

Plentiful fleet availability in a depressed market – while challenging for the John Hill Coach Sales business – is beneficial for a new operator.

Five vehicles are currently in use with G&G Travel, although it owns more. Even before restrictions in England were increased in early November 2020, work with schools featured prominently. That will continue when the economy reopens. Rail replacement has been undertaken thanks to the pair of PSVAR-compliant Caetano Levantes on fleet strength.

Two double-decker buses are also in use. They have proved to be beneficial on one contract. There, children from a pair of schools have been split between the upper and lower saloons to allow the full seated capacity to be utilised, barring a handful of positions downstairs.

Attention turns to preparing for the future at G&G Travel

While existing work has been proving enough to keep the aspiring operation ticking over – and the John Hill Coach Sales operation continues to function in the background – attention has more recently turned to planning for both businesses in a post-pandemic world. Day trips and tours are prominent in those thoughts, says John.

Fleet flagship for such duties is a low-mileage Neoplan Tourliner. It is the first coach to receive G&G’s metallic burnt orange livery. Expansion of G&G will hinge on the economic recovery, and much debate has gone into how the business can take advantage, he continues.

“Our plan is not necessarily to work vehicles hard, but to work them profitably. There is no real market in Melton Mowbray for day trips by coach, but we believe that we can create one. It is similar for holidays.

“One of my aspirations is to run weekend breaks to places such as York. We have a lot of space at our operating centre. Customers can park here.

“We will not target the bargain end of the market, but we will give a high-quality product in terms of the vehicle, the service and the hotel used.”

Versatile approach in the future – to work and to vehicles

Effort will also go into extending G&G Travel’s reach among educational establishments. “That will be a big part of our future workload,” says John. “It is important that they know we exist. Extracurricular trips will return. When schools are considering where to go, they need to think about us.”

Although G&G Travel quickly won two home-to-school contracts, it does not aspire to tread on the toes of other operators. It also is not preoccupied with running the newest coaches. Instead, John sees vehicles as assets to do the job.

In addition to the Tourliner, the two Levantes and the pair of double-deckers, G&G Travel has a Volvo B9R with Jonckheere JHV bodywork.

“Our focus is on the right vehicle for the job. Presently I am not interested in a new coach. For us it would be more cost-effective to buy a two-year-old, low-mileage Euro VI model for potentially less than £100,000, if we needed one.”

Expanding an operation during the biggest crisis ever to hit the coach industry has been challenging. Much learning has been done by John and his team. He is fortunate that the people who work with John Hill Coach Sales are now part of G&G Travel. Colin’s experience as a TM has also been invaluable, and two good drivers have been recruited.

“The biggest challenge now is obtaining my own TM CPC,” says John. “Colin and I share the desire to do things properly. That means we cannot work for nothing.

“The rate has got to be right. If we have everything in place, then costs are also there. While you can never predict when the unexpected might happen, it will at some point. Those things then have to be dealt with.”

Whether G&G Travel would have been formed out of G&G Minibuses had coronavirus COVID-19 not come about is a moot point. Since March 2020, many businesses in the coach industry have been faced with having to diversify to secure survival. John is open to expansion for G&G further down the line, should additional good drivers be available.

“We are still in early days. Operating is not something I ever thought I would get into, but the idea is to spread our wings and create something that I can pass on to my daughters. The industry was hit hard in 2020 and we had little choice other than to move with that.”

Free bus travel in Newport to 24 December is welcomed

Free bus travel in Newport to 24 December is welcomed