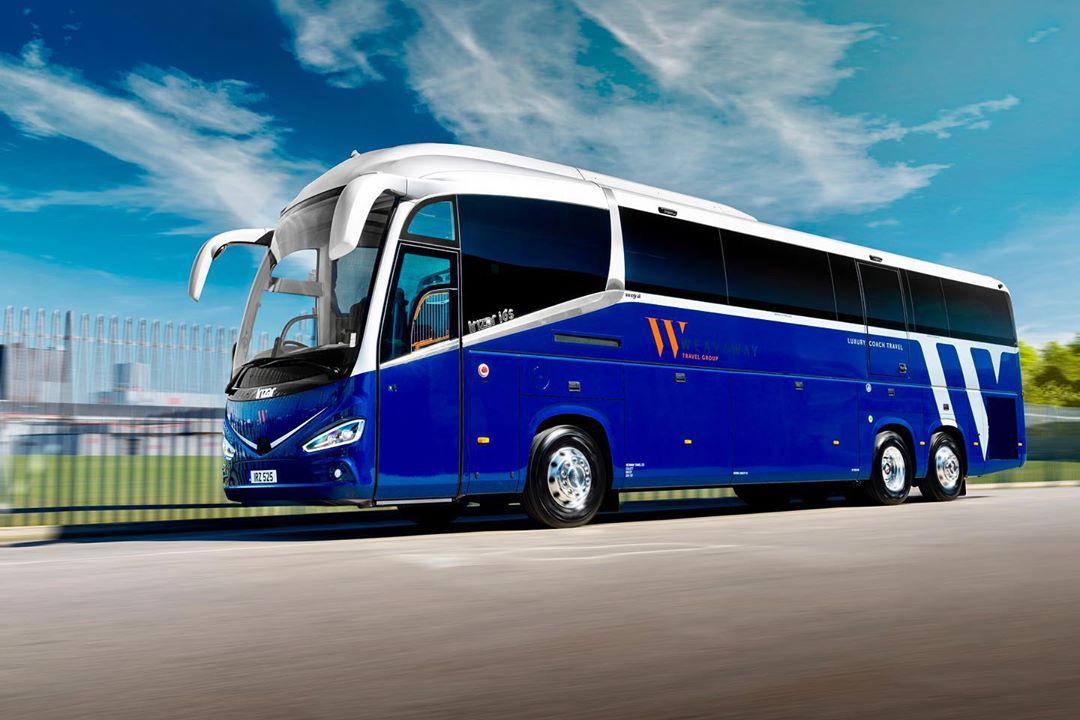 Rejected proposals for legislation mandating that all coaches ultimately satisfy PSVAR – regardless of the work that they are used on – were presented to the government by the Rail Delivery Group (RDG) on 31 March. They form part of the industry trade body’s work to tackle the troublesome issue of PSVAR compliance on rail replacement services.

On 21 April, Minister of State for Transport Chris Heaton-Harris declined to accept RDG’s plans. While noting that the submission was “a step in the right direction,” he directed that effort to achieve compliance “be more ambitious.”

The proposals are outlined in a report, Rail replacement vehicles – a pathway to regulatory compliance, that has only recently been made public. It calls for planned and non-planned rail replacement work to be treated separately in terms of achieving compliance with PSVAR.

Following his rejection of RDG’s proposals, Mr Heaton-Harris awarded a third short-term exemption. It allows non-compliant coaches and buses to be used on all rail replacement work and it expires on 31 December.

Report details rail industry’s hopes for PSVAR on all coaches

The RDG paper leaves no room for doubt around the rail industry’s wishes. “To achieve full compliance for unplanned disruption, legislation must be enacted to require all coaches to be PSVAR compliant,” it says.

But RDG’s calls are not without caveat. The report asks for two long-term exemptions – one for planned services, the other for non-planned – to precede enforcement of PSVAR compliance across the coach sector.

RDG says that longer exemptions than those so far awarded by Mr Heaton-Harris would allow work towards a permanent solution to be undertaken. It adds that until the coach market adapts, “a fully compliant service for planned and unplanned disruption is unachievable.”

For planned duties, RDG asks for an exemption that as a minimum is tied to that awarded for home-to-school services that are within scope of PSVAR.

Nevertheless, the existing timeframe of exemptions to PSVAR for in-scope home-to-school services is “extremely ambitious.” It will likely require government financial support if it is to be achieved, says RDG.

When creating its proposals, RDG engaged with several groups and organisations, including the Confederation of Passenger Transport. It estimates that around 6,000 coaches used on home-to-school work will need to become compliant with PSVAR. That is well above the projected peak demand for planned rail replacement work of 962.

RDG notes that obtaining enough compliant vehicles for unplanned situations would remain difficult unless steps beyond a long-term exemption are taken.

It writes: “For unplanned disruption, the [rail] industry believes that must be supported by the removal of exemptions to PSVAR across the whole private hire coach sector. Therefore… legislative provision ultimately requiring every coach in the country to be PSVAR compliant is essential.”

RDG accepts that sufficient time would be required to enable the entire coach market to become compliant. It says that an exemption to PSVAR of at least eight years for unplanned rail replacement work would be needed to create a contingent pool of compliant coaches.

The report adds that such a timescale would be “critically dependent” on how quickly operators added compliant vehicles in response to the proposed change to legislation.

It says that the industry being “largely exempt from PSVAR” has created the shortfall in compliant coaches for rail replacement work.

RDG advocates that “sufficiently robust legal foundations” were put in place if the government adopted it proposals.

“Otherwise, there is a risk that what will already be a difficult and time-consuming programme to deliver gets thrown off course by legal challenge of some form or other.”

In his response to RDG’s paper, Mr Heaton-Harris stated that the government still expects eventual compliance with PSVAR on all rail replacement work. He did not indicate whether Westminster would consider RDG’s proposal for legislation mandating that all coaches should satisfy PSVAR.

Three consecutive short-term exemptions for rail replacement duties have now been awarded. RDG says that such an approach does not “provide the longer-term clarity that coach operators need before committing investment… and without that, compliance will simply not be achievable.”

RDG’s report presents several avenues to help train operating companies (TOCs) to best meet the needs of less able passengers on rail replacement services while the proposed exemptions were in force. For planned work, those include:

RDG adds that while its pathway to would not be easy to navigate, the rail industry “remains committed to working with wider stakeholders and government to achieve compliance” with PSVAR on rail replacement services.

What do you think? Email editorial@divcom.co.uk to have your say.