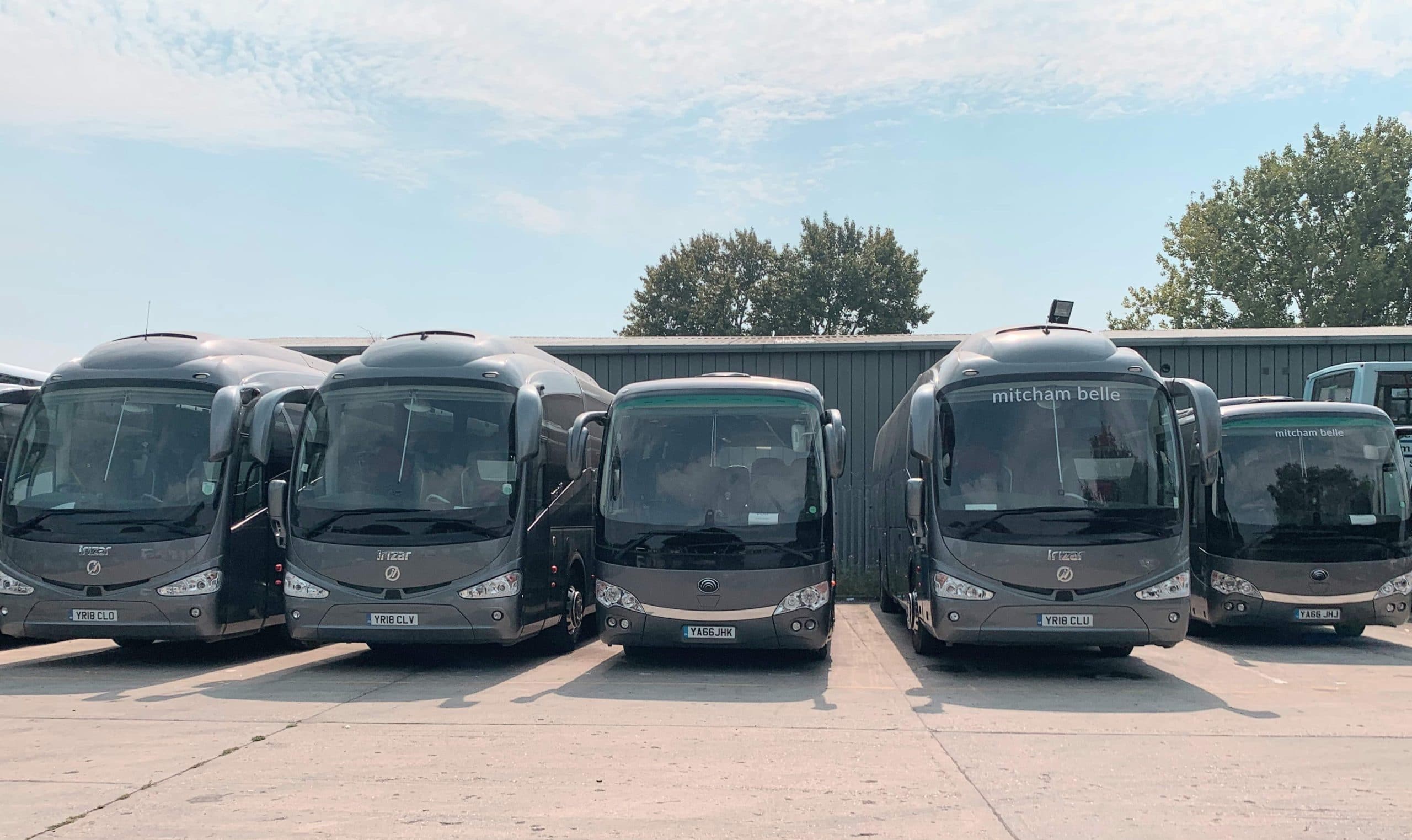 In his latest interview, Peter Bradley converses with Kevin Wilde, MD of Mitcham Belle Coaches and the new Chair of UKCOA

Kevin Wilde was elected Chair of UKCOA at its annual general meeting on 8 March. He replaces Stephen Telling, who becomes the Association’s first President. Kevin, however, also runs Mitcham Belle Coaches, a coach company based in South London, which can trace its roots back to 1920.

Originally set up as a fishmongers business carrying its wares between Tooting and Billingsgate Market, the owner, a Mr W E Blunt, decided that there may be more money to be made taking Londoners down to the south coast instead of transporting fi sh. A suitable vehicle was therefore purchased, and the coach business evolved.

Under Fred’s guidance, the business moved back to mainly running coaches; that is until April 1999, when it started operating London Transport bus contracts. This was a time (like now) that drivers were in short supply, and even though the situation improved with Transport for London’s arrival in 2000, the challenges of a small company taking on such a commitment could not be underestimated. It was therefore something of a relief that the business could offload its bus work in August 2004 and prioritise on coaches once again.

Kevin became involved with the company in 1984 and took over as Managing Director in 2005. Sadly, Fred passed away in 2017. Currently the company is based in Beddington Lane on the Sutton-Croydon border.

I first ask Kevin what he would most like to achieve during his two-year tenure as UKCOA Chair. “I am really keen to build on what UKCOA has already achieved and ensure we represent the needs and wants of coach operators, focusing entirely on them,” he says. “This is new for the coach industry; I want to grow the membership, especially attracting the numerous operators that do not belong to a trade body. I also want to make sure we face the future together, especially in the area of decarbonisation. We need to be a platform to promote the industry as a whole to all.”

I also ask Kevin about the challenges that the industry faces. “Right now,” he reflects, “the focus is on the dramatically rising cost base and the immediate problem of how much of this can and/or should be passed onto customers without alienating them. The day-to-day issues also cloud the longer-term view of how we, as a small company, face the future of road charging and alternative fuels.

“It is the smaller operator that is going to need the support. Those that have small operating bases, perhaps on a shorter lease. How are you going to find the capital to install electric charging points or even, if it comes to it, hydrogen tanks? How is that going to work? We need to work with our stakeholders to come up with the answers and the assistance required for our members.”

Turning to Mitcham Belle, I ask Kevin about challenges and opportunities. “In London it is the availability of staff, escalating land values, parking facilities and congestion that are the main challenges,” he says. “There is a need to decrease journey times across the capital so that all public transport, including that provided by coaches, can be seen in an even more attractive light.

“And opportunities? Well, the current driver shortage (and there is news to come on what UKCOA is doing about that) together with fuel price rises does give us the chance to press the reset button on the rates that are charged to a more realistic level. That will put all coach companies on a more secure footing going forward.”

It is clear that Kevin is very enthusiastic about his new role at UKCOA and takes it seriously.

Peter Bradley - UKCOA Managing Director - August 19, 2022
Bus Recovery Grant (BRG) support in England has been extended to the end of March 2023 after the Department for Transport (DfT) allocated a...