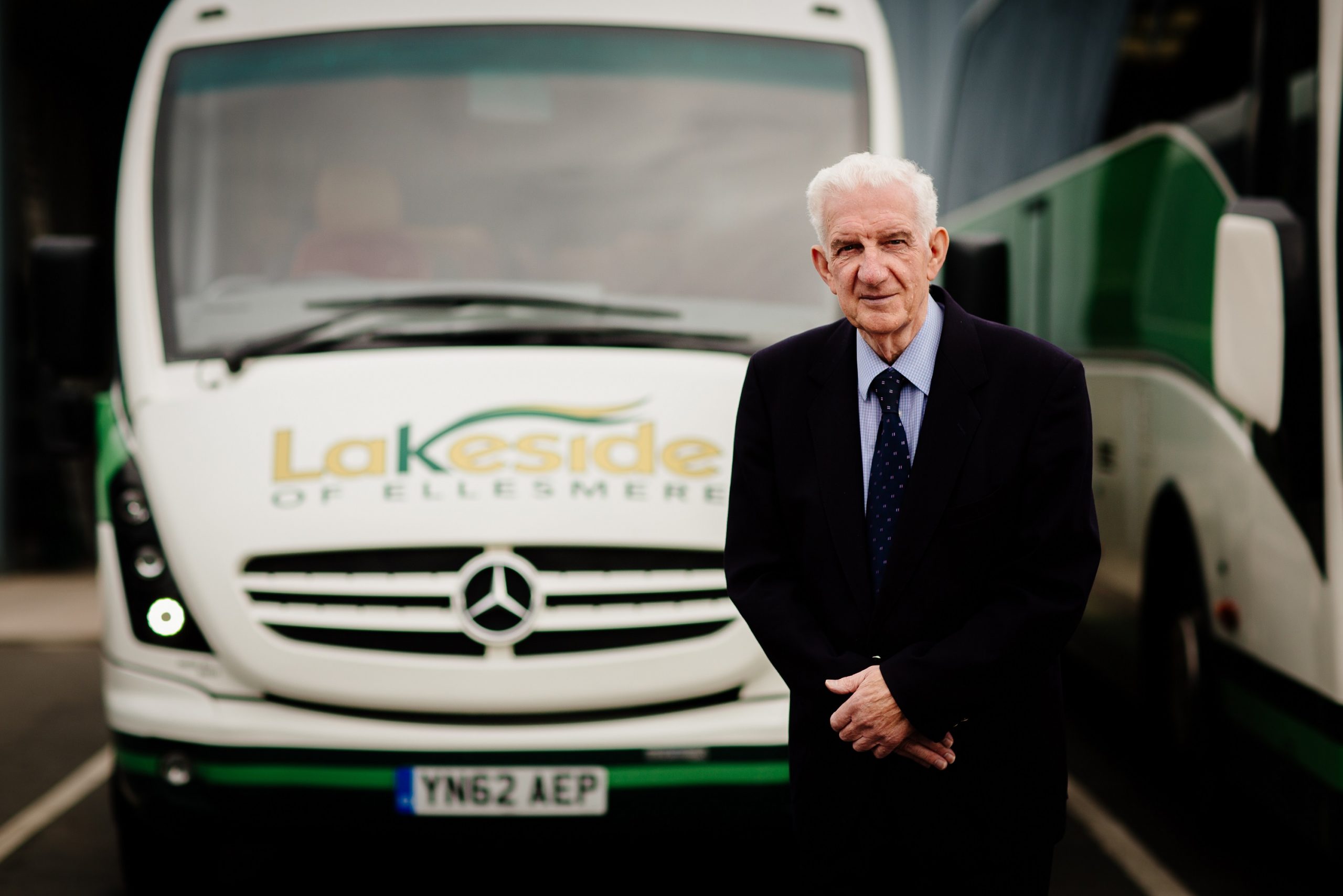 John R Davies, Founder and former Managing Director of Lakeside Coaches of Ellesmere, died on 19 January after a long illness. He was 82.

John began his career in the coach industry in his mid-20s as a driver with W Fisher and Sons of Bronington. With his wife Dorothy, he founded Lakeside Coaches in 1979. Since then, the Lakeside business has grown to become Shropshire’s largest coach operator. It now employs almost 90 staff and operates over 70 coaches and buses from depots in Ellesmere, Malpas, Shrewsbury and Wem.

As a well-known and highly respected person both locally and within the coach industry, John was often referred to as a gentleman by those who met him. In June 2017, he was made a Freeman of Ellesmere for his services to the town and the local area. Prior to that, in 2013, he was recognised as an Honorary Member of the Old Ellesmerian Alumni Society for Ellesmere College for his services to the school.

Since his retirement, John’s legacy continues through his good friend Neal Hall, who is present day MD of Lakeside Coaches, and with whom John worked for over 25 years to build the business.

John’s son Gareth has also contributed to Lakeside’s ongoing success. That saw it recognised as Medium Coach Operator of the Year at the 2016 routeone Awards. “He will be sorely missed by those who have had the pleasure of knowing him,” says Gareth.

Owing to current restrictions the funeral will be a small private ceremony.