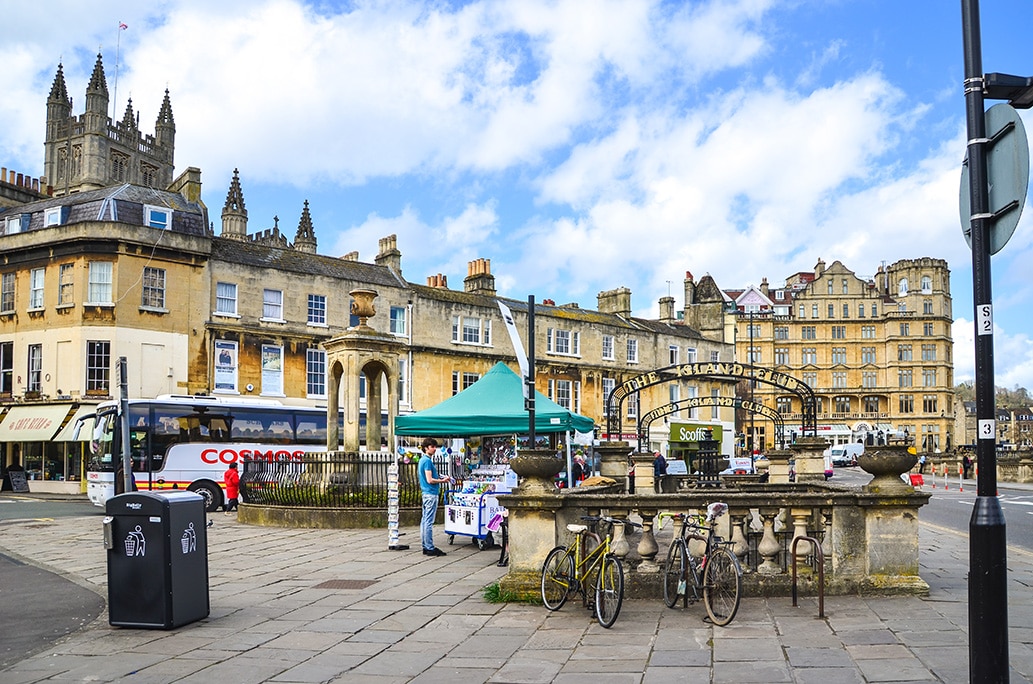 According to the Department for Environment, Food and Rural Affairs (Defra), there are four types of Clean Air Zones (CAZs), Class A to D. Some will include private cars, vans and taxis but, whichever one a local authority chooses to introduce, they all include coaches and buses. To avoid being charged in a CAZ, coaches and buses must meet a minimum emission standard: Euro VI.

Birmingham, Leeds, Nottingham, Derby and Southampton were told by the Government that they had to introduce zones (originally by the end of 2020) in order to meet European air quality standards (see UK plan for tackling roadside nitrogen dioxide concentrations).

A number of other areas are, or have been actively considering, similar initiatives, including Manchester, Bath, Bristol, Newcastle and Sheffield. In this Croner-i article, we examine the current plans of some of the authorities concerned and look at help that may be available to operators by way of grant schemes.

London, Glasgow, Brighton, Norwich, Leicester, Nottingham and Oxford have already imposed minimum emission standards for buses. Details of ‘Low Emission Zone’ restrictions in these cities are in the topic on environmental restrictions in Croner-i Transport-inform.

In April this year, Defra confirmed that, because of the coronavirus COVID-19 pandemic, ministers had decided to postpone the introduction of all CAZs until 2021. The first two are now expected to launch in Bath on 15 March and in Birmingham on 1 June 2021. Consultations and planning continue however, so what exactly is the state of play with regard to the introduction of zones across the country? Where they are introduced, transport operators could face a charge of up to £100 for a non-compliant vehicle entering a zone, with the costly alternative of bringing all their coaches and buses up to the required standard.

Bath’s CAZ will cover the centre of Bath with extensions along the A367 Wells Road and at Bathwick. This includes sections of the A4 and A36 that are important through routes. Lower than Euro VI coaches and buses will be charged £100 a day but all hybrid vehicles and those that have been with the Energy Saving Trust’s Clean Vehicle Retrofit Accreditation Scheme (CVRAS) will be exempt. As stated above, it is expected to launch on 15 March 2021.

Birmingham City Council was preparing to introduce a CAZ in January 2020 but, as with Leeds Council, had been relying on the government’s Joint Air Quality Unit (JAQU) to supply a vehicle checker tool. When they discovered that delivery of this vital part of the scheme would not be possible until December 2019, both authorities decided to delay the introduction and Birmingham was then caught by the general postponement until 2021. When the zone does go to live on 1 June 2021 it will operate 24hrs a day, 365 days a year and non-compliant coaches will have to pay £50 a day.

Bristol Council has said that it does not want to introduce charges if it can find an alternative that will enable it to meet the required clean air standards. It is now consulting on two CAZ options “in case our plans for clean air don’t work without charging”, with the deadline for comments being 13 December 2020. Older, more polluting types of coaches and buses could be charged £100 to enter the CAZ.

In March 2020, Coventry City Council agreed with the government an alternative strategy to reduce emissions and accordingly cancelled its plans for a CAZ. Ministers had originally ordered local officials to implement a zone to bring emissions down to within legal limits but councillors opposed the scheme and submitted revised proposals last summer. These included improving pedestrian and cycle routes, re-routing roads and investing in electric buses.

Following a consultation in August/September 2018, Derby City Council decided that improved traffic management would better meet its air quality needs and it therefore rejected the CAZ option. The local air quality plan proposes schemes to help with the early uptake of low-emission vehicles.

In October 2020, Leeds City Council confirmed that it had decided not to introduce a Clean Air Zone. Its report said: “As a result of the air quality improvements that the city has made over the past two years, the Council and central government jointly agree that Leeds has achieved compliance with the government’s EU compliance model and will maintain compliance into the future. As a consequence, the CAZ is no longer required.”

Plans to introduce a CAZ in Newcastle city centre have also been delayed but in this case by ongoing legal action which has prevented the local councils from proceeding with discussions with their preferred provider of ANPR camera systems. Both Newcastle and Gateshead councils are under a legal obligation to put the measures in place and have confirmed, after winning their court case, that a CAZ will be introduced “later in 2021”. The charge is expected to be £50 for non-compliant coaches and buses.

Nottingham City Council became the first local authority to have its air quality plan approved by the government (in November 2018) – confirming that a CAZ would not be required for the city. The council’s plan centred on improving the performance of the city’s bus fleet through a retrofit programme.

A CAZ was proposed but due to the pandemic, Sheffield Council has reported a 33% drop in air pollution in January to August this year compared to the same period in 2019. It therefore plans to wait until it has a better understanding of the impact of coronavirus COVID-19 before it makes any further decisions with regard to a CAZ. It has confirmed that it will include the possibility of alternative approaches to charging non-compliant vehicles within the city centre as part of its contribution to a proposed CAZ review.

In January 2019, Southampton City Council became another authority to drop plans for introducing a charging CAZ. It said that it could meet EU limits for nitrogen dioxide via a “refined set of bus, freight and taxi measures”.

Oxford is not proposing a CAZ but has ambitious plans for a staged series of measures including what it calls a “Zero Emission Zone”.

All local bus services within Oxford’s LEZ must be operated exclusively by buses whose engines meet the Euro V emission standard (for nitrogen oxides (NOx)), either as a new engine or a vehicle that has been retrofitted with equipment to reduce emissions in order to achieve the Euro V standard. The council’s Air Quality Action Plan 2021-25 includes the introduction of a Euro VI LEZ for buses and the creation of a Zero Emission Zone (ZEZ) pilot in Oxford city centre, starting in August 2021.  Buses used on registered local bus services will receive a full discount because the councils have agreed separate emissions requirements for these vehicles.

Details of a consultation on the ZEZ can be found here.

Is any help available?

It is clear that several of the areas mentioned above will be introducing some form of CAZ or air quality management area in the year ahead. Operators will therefore be faced with the equally unpalatable alternatives of paying regular fees to enter the zones or upgrading their fleets to Euro VI standards. The question arises therefore as to whether there is any help available as they struggle to meet these costs at a time when the pandemic will have cut cash reserves dramatically.

The government CAZ website mainly focuses on the help available for private drivers from bodies such as the Office for Low Emission Vehicles (OLEV).

Of more use to operators, Bath and North East Somerset Council explain the availability of local grants of up to 35% of the net upgrade costs of meeting the required standards with a maximum for coaches and buses of £35,000 per vehicle.

Similarly, Birmingham has established a £10m heavy duty vehicle (HDV) fund to help small to medium enterprises get ready for the city’s CAZ.

Newcastle Council has said that, if its bid for government funding is successful, it will launch grant schemes to help fund vehicle upgrades. Coach and bus operators could receive £16,000 to replace non-compliant vehicles with compliant versions.

There are also grants available for the retrofitting of HGVs, which are also affected by requirements to meet air quality standards.

CAZs and LEZs are essentially similar in concept and both areas are where vehicle exhaust emissions are regulated with the aim of reducing nitrogen dioxide and particulate matter.

The difference is that LEZ (introduced in London, Glasgow, Brighton, Norwich, Leicester, Nottingham and Oxford) is a generic term and the details of operation and emission standards are determined by the individual local authority whereas CAZ refers specifically to a scheme implemented in accordance with the national guidelines. The guidelines for CAZs include:

COVID-19 Bus Service Support Grant Restart: how is it working?