MasterPart was born from a need to supply Irizar parts to operators who ran the vehicles in the UK.

The business started back in 2011, at the premises it shares with Johnson Bros and Irizar UK on the Dukeries Industrial Estate in Worksop.

Looking for a General Manager to run the business they found the ideal candidate in Jon Hale. He not only had decades of experience in parts and aftercare but brought with him an established customer and supply base.

Jon says: “When we first set up the business there was no Irizar UK Integral business but a reasonable number of Irizar’s on Scania chassis.

“I had to pay a wage, be productive, make money for the shareholders, so customers and suppliers that I had worked with previously in the PSV sector were invaluable and there was the opportunity to tap into the Irizar spares market in the UK.”

Parts for all makes

Although originally set up to offer a one-stop shop for Irizar parts, around 75% of the firm’s parts were sold for vehicles of other makes.

“We have a good range for all non-Irizar products too,” says Jon. “Operators don’t have to contact various manufacturers to get parts for a vehicle, they can come to us and get everything they need all in the one place.”

Around £350,000 worth of components are stored in the building MasterPart shares with Irizar UK. Around £190,000 of that is in Irizar parts.

There’s a full range of components including panels, bumpers, headlights and mirrors, which can be delivered to anywhere in the country. The company also ships all makes parts out to countries all over the world.

Last year the company turned over £1.6m on parts.

“The model has changed over the evolution of the business,” says Jon. “From the start to now we have grown from just me to a team of seven.”

In the future as more of the integral Irizars are sold, the potential market for their parts increases in size. MasterPart also supports warranty procedures on vehicles Irizar UK has sold over the last 9 years.

“We have access to every Irizar part through Spain,” adds Jon.

“We’ve developed the bodyshop side of things and supply all Irizar body parts to PSV repairers big and small all over the UK. We also supply to larger operators such as Clarkes of London and The Kings Ferry/National Express Group.

“In the past I’ve been reactive rather than proactive and a lot of business has come our way through word of mouth,” says Jon. “But now the business is growing rapidly.

“In the future instead of sitting behind my desk my role is going to change and I’m going to be spending more time out in the customer field.”

Irizar has sold over 300 integrals into the UK marketplace and there has been about 3,000 Scania chassis vehicles sold.

Recently the Irizar integrals are outselling the Scania chassis ones.

“We’re also feeding information from the UK market back to Spain,” says Jon. “For example, if there’s anybody out there supplying copy parts we feed that information to Spain so Irizar can react to it.

“The price needs to reflect the UK marketplace. Some KPIs we have to match are availability, speed and response to customers.

“The Irizar parts need to reflect the same sort of price and availability as say, a Van Hool or VDL part.”

“The service angle is very much monitored on both our side and the Spanish side. It can dial in and see what Irizar inventory we’ve got – it knows what we’re selling, what price we’re selling at, what stock we’re keeping  – very much micro managing us and we have to perform to that, but we have done so far.

“Our relationship with the Spanish team is solid, it’s very focussed.”

At one point the all makes business was 75% and Irizar 25% but the model has virtually changed to the other way around.

Jon says: “My next step is to address the balance and bring them more or less in line.

“There’s so much uncertainty in the marketplace and we’ve got to continue our growth – so the growth is going to come from the all makes programme.

“We supply parts for all vehicles, and that’s where the growth is going to come from in the next 12 months

“Not so much on the body side but mainly on the chassis components. 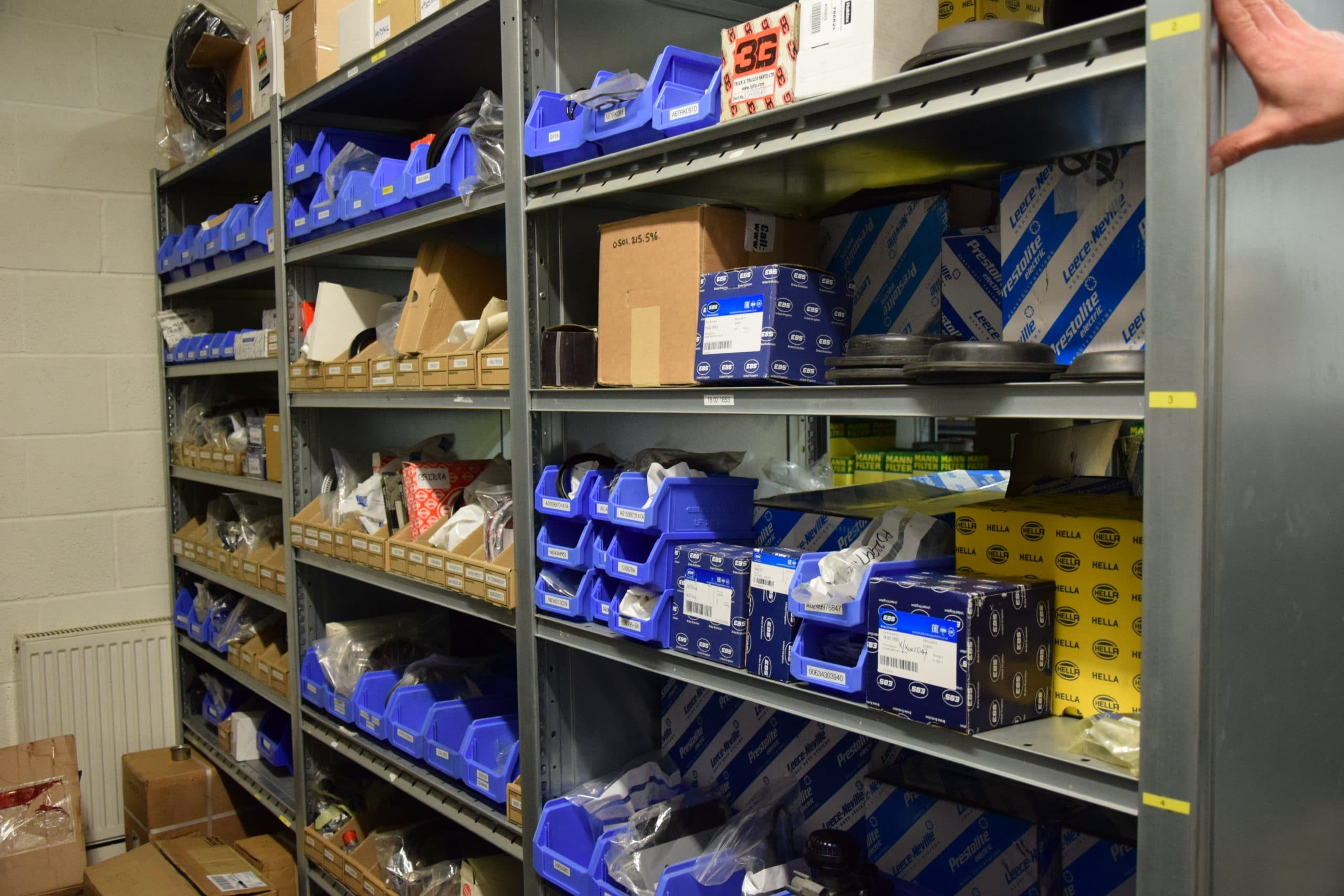 “We always work with OEM suppliers and don’t compromise quality for price. We’re very conscious of what we supply to the marketplace.

“There’s a lot of poor-quality components coming to the UK from Eastern Europe and Asia and various other places so it’s important to keep to original parts.

“We need to keep up to speed with the developing market.”

MasterPart can supply parts for older vehicles as well.

“We still get asked for parts for vehicles that are 30 years old or more,” says Jon. “We get a lot of enthusiasts ring us because of our reputation of knowing where these parts come from.

“We can always help. If we need to, we can get products made.”

MasterPart has set up satellite branches up and down the country.

“People tend to ring me and say, ‘we need it now’ and ‘how quick can you get it to us?’

“They want the vehicle back out and working again the same day and need parts as soon as possible.

“We are working with operators such as Golden Boy Coaches in Hoddesdon, Centurion Travel in Midsomer Norton and Engine and Truck in Belfast, to support Irizar customers.

“These carry a core range of fast moving Irizar products so if somebody near Bristol for example wants a mirror or headlamp there’s something within an hour or two hours’ range of where they are to get them out of trouble.

“It’s about keeping the right stock in the right places.

Looking ahead MasterPart will have a big role to play as more electric Irizar emobility vehicles are sold in the UK.

“We do look after some electric vehicles in London for Irizar already,” says Jon.

“But eventually there will be a flood of electric vehicles into the UK and we will be behind that too – supporting them.”

Decarbonisation of public transport in the UK

Bus Back Better with Flowbird