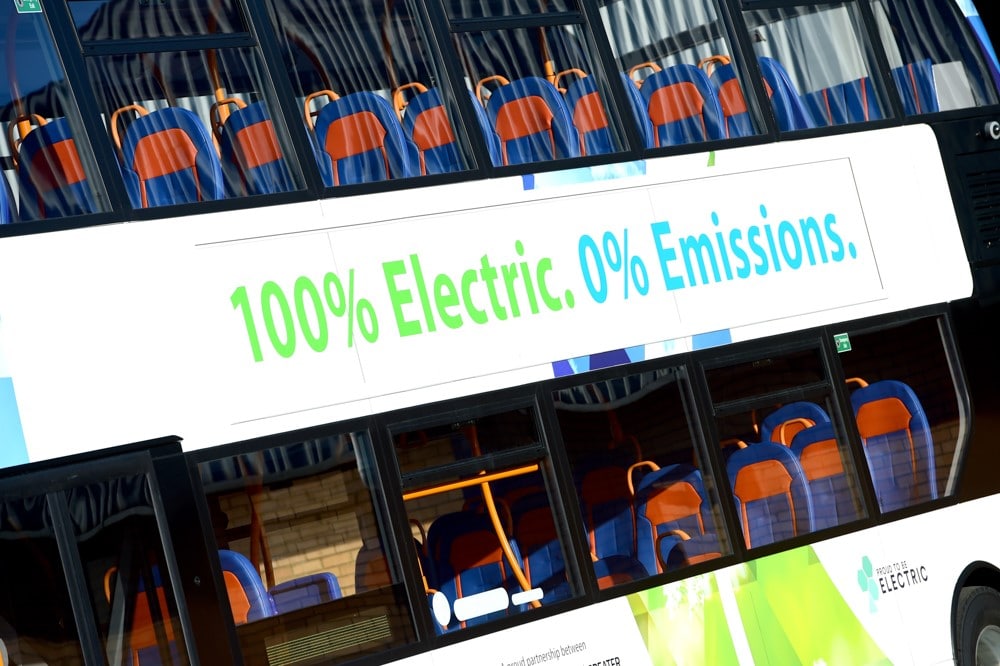 The UK battery-electric bus market was the third largest in Western Europe in 2020, according to research carried out by Dutch consultancy Chatrou CME Solutions. It accounted for 288 registrations of such vehicles with a GVW of over 8,000kg during the year.

That total is second only to Germany, which recorded 350 registrations, and clear winner The Netherlands. It returned 445. The UK’s 2020 year-on-year performance in the segment was equally impressive. Its 288 registrations in 2020 represented a 150% increase on 2019’s figure of 115.

Chatrou conducted research in all Western European countries and Poland. Total battery-electric bus registrations with a GVW of over 8,000kg in those nations in 2020 was 2,062, representing 15.6% of all urban bus registrations in the countries concerned. That compares to 1,685 and 11.6% in 2019, respectively.

The most recent figure represents a year-on-year increase of 22.3% in the number of registrations of battery-electric buses with a GVW of 8,000kg in the nations captured by Chatrou’s work. Of the 2020 total of 2,062, the UK accounted for 14.0%. When Poland is removed from the calculation, the UK accounted for 15.4% of Western Europe’s figure.

Of the overall number for Western Europe and Poland in 2020, BYD’s integral models accounted for the largest proportion, with 412 units, or 20.0% of the total.

The Chinese manufacturer recorded a further 190 registrations, or 9.2%, in collaboration with its UK partner Alexander Dennis (ADL).

The consultancy has also conducted research into registrations of battery-electric buses with a GVW of over 8,000kg in Western Europe and Poland between 2012 and 2020. The overall total during that period for those nations was 5,087.

Over the same multi-year period, BYD accounted for 819 of the 5,087 total registrations, or 16.1%, with its integral buses. It registered a further 428 units, or 8.4%, through its partnership with ADL. Completing the top three over those nine years were VDL, which registered 791 battery-electric buses accounting for 15.5% of the total, and Solaris with 732 registrations, or 14.4%.

In Western Europe and Poland in 2020, hybrid still led the way among these vehicles, accounting for 2,733 registrations. CNG came in with 2,223. There were 47 registrations of fuel cell buses during the year.

When combined with battery-electric, that gives a total of 7,057 registrations of buses with alternative drivelines in 2020.

Chatrou calculated the overall urban bus market in the nations concerned at 13,140. Alternative driveline technology thus accounted for 53.7% of that parc – significantly higher than the same figure for 2019, when it was 39.6%.

Chatrou’s data has been obtained from official sources in each country. It is working to source reliable information in other nations that are currently outside the scope of its research.