Cogent Passenger Seating introduced the Swift, which is designed for accessible applications, at the CV Show. It offers floor- and side-mounted options and was among a number of updates to Cogent’s range.

Changes have been made to the tip-up variants of its products. A gas strut is now mounted in the base to tip it up on its own, and another benefit is that ‘shuffle’ models look identical to conventional variants of the same design.

“A customer can have a standard seat and a tip-up in the same minibus and passengers wouldn’t know the difference,” says MD Rhys Kotschy.

He adds that tip-ups are particularly valued by community transport organisations, where volunteers may be older and less able to lift seats in an out of vehicles. 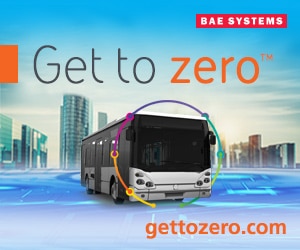 routeone Team - December 1, 2020
Albert Skew, founder of Solent Coaches, has died peacefully at the age of 91. Albert and wife Pam founded Solent Coaches in 1972 with a...