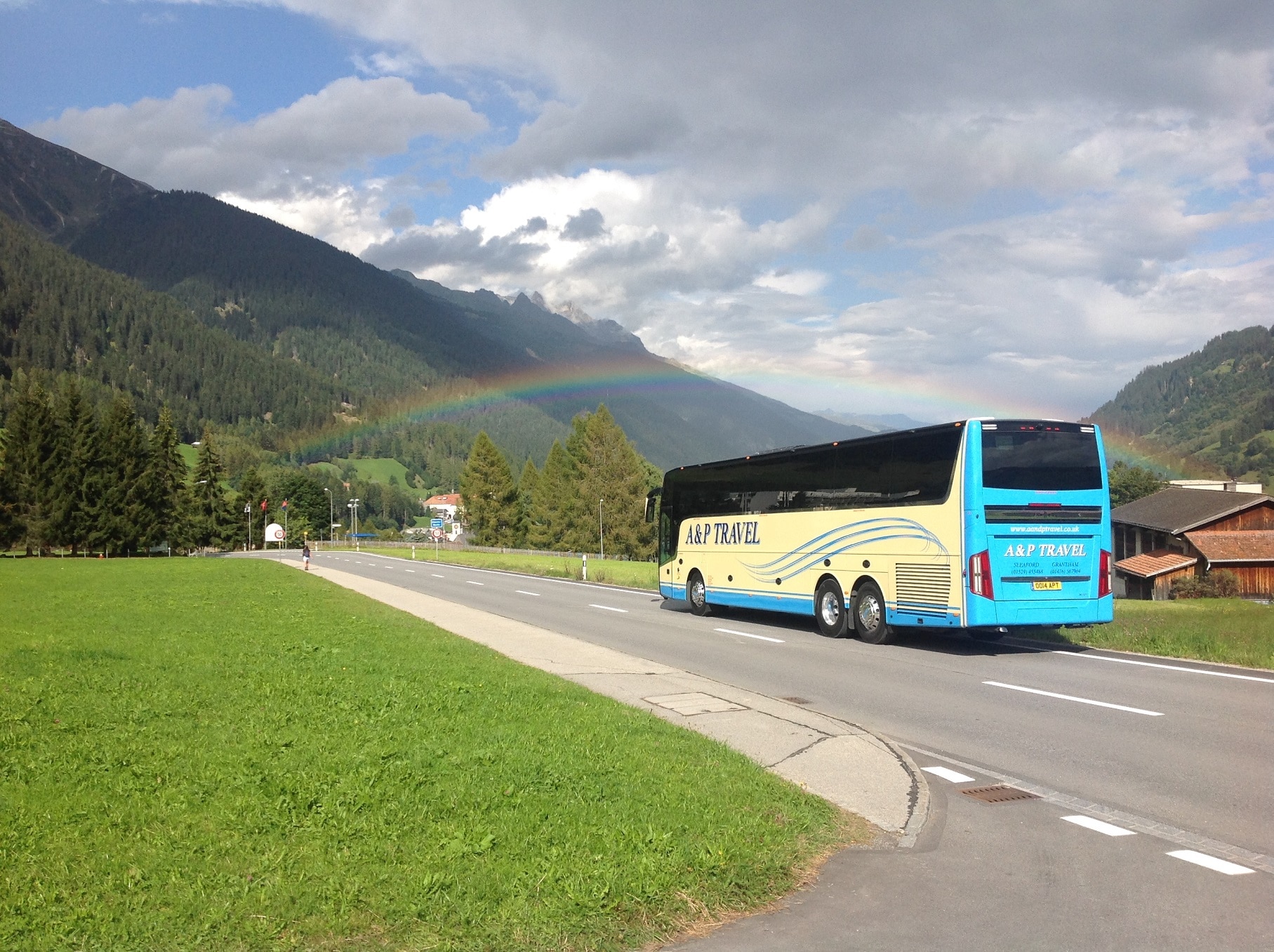 Robert Shaw became Chair of the Coach Tourism Association (CTA) in December 2020. At that point, the sector was approaching the end of its worst year in memory. The key summer season had been almost wiped out by COVID-19.

But while Robert sees a lot of work ahead to return coach tourism to a strong position, he also sees opportunity. That can be best leveraged through work with colleagues and peers, he says. CTA is a key part of that. It brings together like-minded operators and suppliers alike.

Coaching has been part of Robert’s life for over 40 years. He is a Director of Coventry-based Harry Shaw, an operator that was at the forefront of the ‘shuttle’ concept to mainland Europe in the 1980s and 1990s and which has developed its coach holiday offering significantly since that market was overtaken by low-cost airlines.

The days of hundreds of coaches from across the UK sprinting to and from sunnier climes are not likely to come back, regardless of the fallout from the pandemic. Robert regards those as the industry’s heyday, something that should sometimes be looked back at fondly. But for now, the task at hand is to rebuild. And recent events show that demand is – finally – starting to return.

Since 22 February, when Prime Minister Boris Johnson announced the government’s pathway toward a relaxation of restrictions in England, many operators have reported a surge of interest in coach holidays.

Even speaking before that date, Robert believed that the domestic season was likely to begin in May. Subject to Westminster’s timeframe staying constant, that now looks to be an accurate prediction.

But he adds to that by suggesting that 2021’s peak will extend beyond the traditional end of season.

“I am convinced that we are in for a good year of domestic tourism. But the season will be different, and it will be later than is usual.”

However, Robert cautions against expectations that an unlimited supply of hotel beds will be available to coach passengers if 2021 does go with a bang. It is quite likely there will not; some hotels are unable to accept coaches, and with the UK’s exit from the EU now complete, it remains to be seen whether there is a shortage of seasonal labour.

Frustrations were raised during the summer period of relaxation in 2020 about some attractions being unwilling to accept groups. While the planned date in England of 21 June for all restrictions to be removed has been welcomed, it is in theory possible that curbs could return later.

That poses a difficulty for operators and tour planners. Robert’s advice is to push ahead and cross any bridges when they present themselves. Indeed, such an approach is not new to the coach tourism industry. “A lot of what we do already is speculative,” he says. “Advertise, put things in brochures but include a disclaimer. Then approach attractions when you have bookings in the bag.”

Concentrate on the now – but also on the future

If 2021 proves to be a strong year for domestic coach tourism, it will bring overdue respite to a sector that has been hammered by the pandemic. But while completing plans for 2021, one eye should also be kept on a longer game, Robert says.

“Before COVID-19, domestic coach holidays were not an ideal choice for some people. In certain sectors of society there was almost a stigma attached to them. It was not the most fashionable thing to do.

“But we now have an opportunity – and a challenge. We must provide the best holidays possible and encourage repeat business. We have to step up to the mark with our coaches, hotels and service.

“The coming year will also represent a unique chance to win back some customers from cruises. As an industry, we lost a significant number of passengers to cruising. They are out there now, and they are looking for holidays.”

Ensuring that standards are higher than ever may not be hugely challenging, Robert continues. The coach holiday industry has long seen continual improvement. As an example, he points to the vehicles of the 1980s – many even without air-conditioning – and compares them to those of today.

While domestic coach tourism is looking positive for later in 2021, the international market is a lot less certain.

One operator in South East England has already suggested that it wants to restart day trips to Belgium and France in May. Robert suggests that it may be later when overseas travel can resume with any degree of certainty. But it will return, he says. If all goes well, that could mean that the Christmas markets programme in 2021 will be fruitful.

Something else that is likely to be a fallout from the pandemic is a greater focus from customers on financial stability.

The Specialist Leisure Group’s collapse in May 2020 “left a nasty taste in some people’s mouths,” says Robert. Harry Shaw has already found itself being questioned on its consumer protection policies. Refunds are another topic that bookers are interested in.

“The travel industry as a whole did not get itself a good reputation for refunds in 2020. If things are cancelled in 2021, I believe that customers will want to make sure that they are refunded quickly.

“As a business we always refund as promptly as we can when needed. That has to be done to maintain confidence in our sector.”

Greater interest in consumer protection when booking may represent a change to how some customer-instigated contact is handled, but Robert takes the view that communication in the reverse direction will also develop.

E-marketing and the use of social media will become more prominent as the industry seeks to attract younger travellers, while he believes that operators will publish more brochures at shorter intervals for those customers that still require a hard copy.

Driver considerations: Will those that stray return to the industry?

“Another consequence of Brexit may be that European programmes are reorganised, perhaps because a driver will not be able to spend more than 90 days of a six-month period in the EU,” Robert continues. “I don’t know if the industry has anticipated the impact of that yet.”

Drivers on a wider footing are a major consideration for coach tourism’s future. At least one operator has flagged that some drivers will by necessity have moved to other sectors during the pandemic. It is concerned that they will not return. Robert’s view is that most will come back. His larger worry surrounds attracting new staff to the industry.

“Drivers have always come and gone. Just as they may have migrated to driving vans or HGVs, I believe that many will move back to the coach holiday industry.

“I have some concerns, but to a lot of them it is a way of life that they enjoy. It is more fun that doing home deliveries in a van.

“Drivers who were perhaps getting fed up 12 months ago are now calling and asking when they can come back to work.”

Resolving the difficulty of attracting new drivers is much less clear. Robert recalls the days when Harry Shaw ran Neoplans that were futuristic for their time. Some children would aspire to drive those coaches. Things have changed a lot since, and enthusiasm among younger generations towards a career behind the wheel has evaporated.

CTA: An organisation that welcomes the whole of the sector

For the Coach Tourism Association, the pandemic has posed challenges above those that have been encountered by its members. Face-to-face engagement has long been among the Association’s strong points. That engagement has temporarily moved online, but it will return, says Robert.

“As Harry Shaw, CTA membership has provided us with a lot of contacts among coach tour operators and suppliers,” he adds. “Because we have common interests, we can share ideas and discuss challenges. That has never been more important than it is now.

“CTA has big plans for the future. I have a quote from Walt Disney that I have always reminded myself of: ‘Dream, believe, dare and do’. That sums up what we as an industry are thinking about now. Be patient, because sometimes you have to go through the worst to get to the best.”