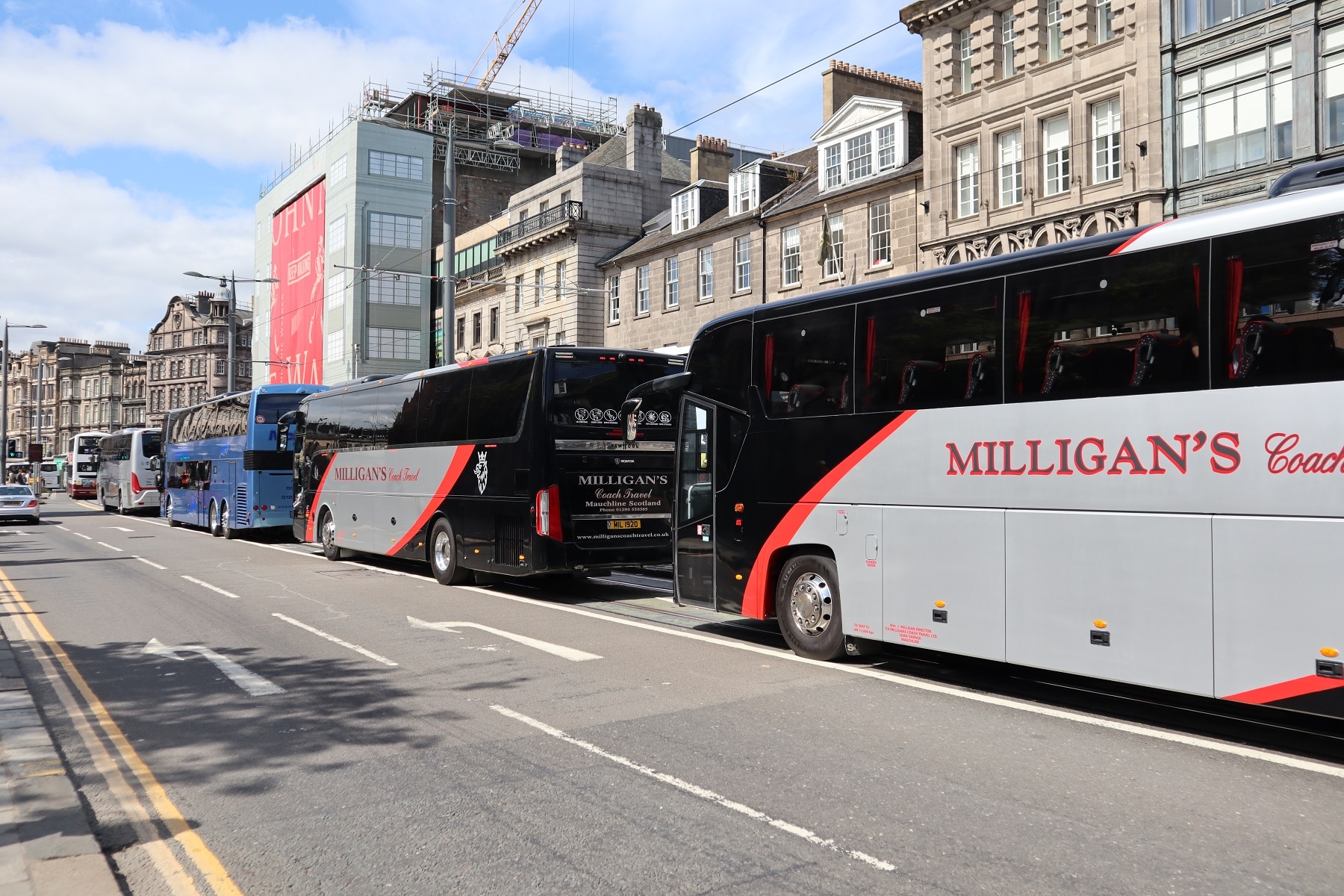 News that the coach industry in Scotland will benefit from almost £6m of support from the Scottish Government has been welcomed. The backing forms part of a wider £185m package for businesses that have been affected by the coronavirus COVID-19 pandemic that was announced by Finance Secretary Kate Forbes MSP on 9 December.

While details of how monies will be allocated are to follow, businesses “can expect to apply for all new grant schemes in January,” says the Scottish Government.

The funding follows MSP Fergus Ewing’s commitment to take an ‘aid to trade’ proposal created by coach operators and the Confederation of Passenger Transport (CPT) Scotland to his fellow ministers for consideration.

It is not yet clear whether Ms Forbes’ announcement of support for the coach industry is related to Mr Ewing’s work, or whether any of the ‘aid to trade’ proposals submitted to him will factor into distribution of the £6m allocated to the sector by the Scottish Government.

Early reaction from operators in Scotland to the support package was positive. “I am delighted that at last we have been acknowledged,” says Morag Milligan, Director of Mauchline-based Milligan’s Coaches.

“We have felt like the forgotten industry for nine months. CPT Scotland has worked hard for us and sector-specific funding has been long overdue. I feel as though all I have done for the past few months is write emails and fight to justify our existence.”

Both they and Ms Milligan have engaged with their MPs and MSPs ahead of a Westminster Hall debate on the future of the coach industry at 1500hrs on Thursday 10 December in the hope that it will help to pressure the UK government to develop a countrywide support scheme for coaching.

CPT has also welcomed the announcement of funding for coach operators in Scotland, saying that it has come about “as a result of CPT’s engagement with Mr Ewing on coach support.”

CEO Graham Vidler notes that the money will help to support those businesses “through the winter with a view to getting back up and running next year.” Mr Vidler adds that CPT “continues to push for similar support to be provided for all UK coach operators as a matter of urgency.”

Scotland is the second UK nation to agree a support package for the coach sector. The Northern Ireland Executive confirmed in October that it is to provide grants based on fleet size to coach and private bus operators in the country.